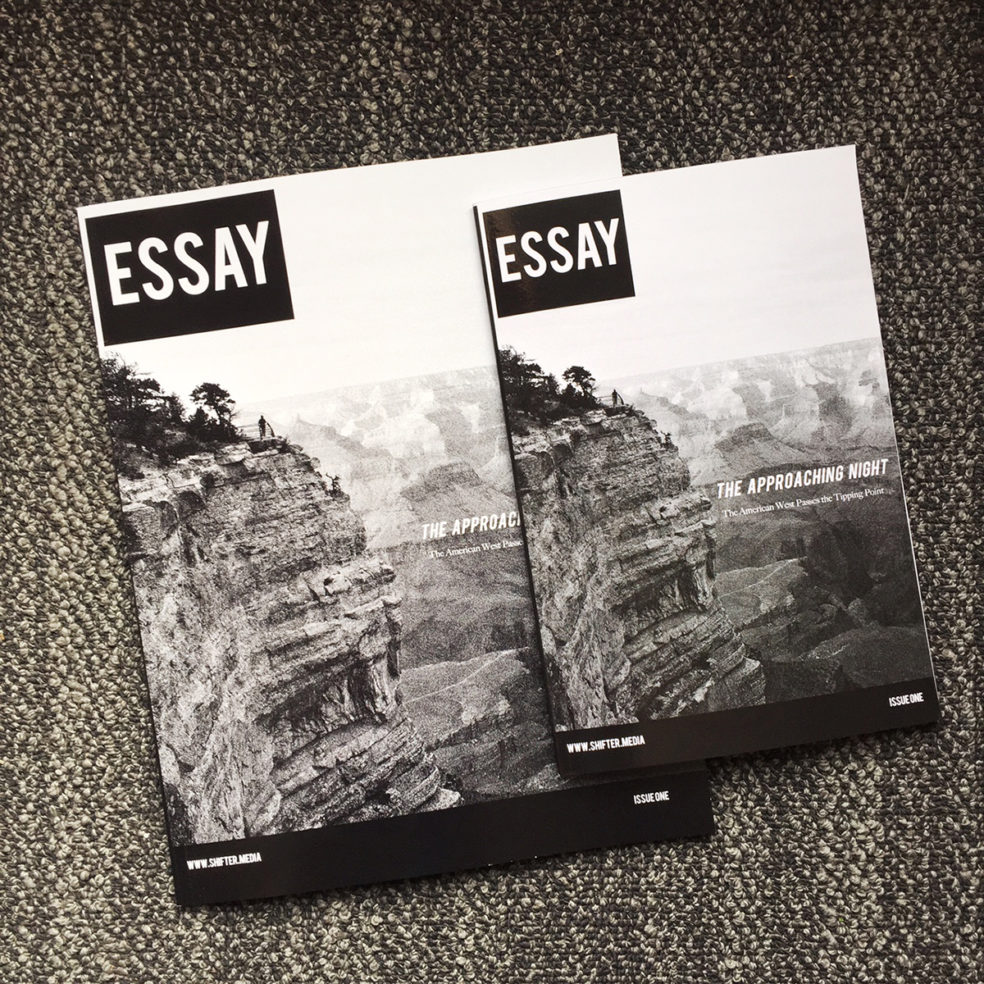 My second set of test copies. Getting closer.

This project has been the most entertaining photo-related endeavor in a long, long time. And I didn’t even shoot anything new! I can’t stress this enough. You COULD, and in many cases, SHOULD be doing this as well. It is so easy, so educational and so important as a photographer to put your work in print. If all goes as planned there will be many issues to follow.

Here is what I’ve had to change, redo, or rethink.

1. I took out all the knockout quotes due to legality concerns. There is SO MUCH contrasting information about legally using quotes that it actually made me slightly sick to my stomach. Yes you can. No you can’t. You can if you do this, but not if you do that. You can if the quote means this and you are doing THIS with it, but that’s really hard to prove so you might still have to go to court. Consequently, my pubs are now on a quote diet, which is too bad because I had three quotes that were SO good and right for this story, from three authors who spent their lives trying to protect these places. I just don’t have the time, patience or legal team to gain permission.

2. I’m giving myself a “C” on the overall publication. I know this might seem strange because why would I print a “C?” Well, if you have ever worked as a photographer you know that this happens routinely. You might do a magazine assignment and everyone in agreement thinks it’s suboptimal, or subpar or could have been done better. Newspapers run retractions. “A’s” are so damn rare. But, I’m giving myself this score because I’m going to release it without going back to refresh the imagery. I’m giving myself a “C” because my design isn’t where I want it. I’m giving myself a “C” because I screwed up while changing formats, forgot to save out my original magazine and then had to rebuild it. REBUILD. Never put yourself in this situation. Having to rebuild is like being kicked in the neck. How stupid can I be? Evidently, pretty stupid. I am giving myself an “A” only for unbridled enthusiasm. Think of a pig finding a huge field of sludge. I feel just like that when I even THINK about how much fun this idea has been. 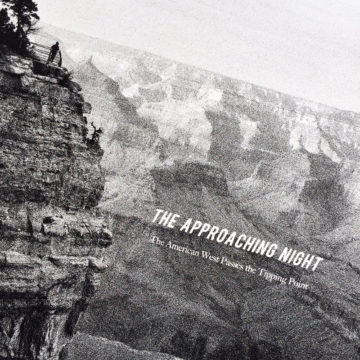 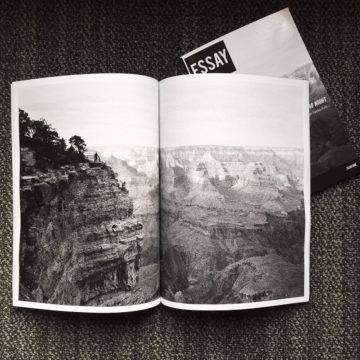 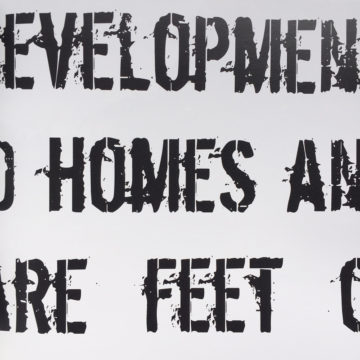 3. Issue Two topic has been chosen and the images pulled. It will be another completed story because I don’t really have time to shoot right now.

4. I won’t be buying an XT2. With such limited shooting time it would only spend it’s life in my trusty Tenba bag. Because I want to edit and print in the field I think I will take this time to explore, really explore, the Canon 5DIII, which I’ve had for two years and RARELY used.(I’m now testing a 5DIV.)

5. THIS SERIES WILL GET BETTER AND BETTER. Even after all these years the learning curse is steep. There is so much I want to do, but so much I have to work out.

6. I thought about just doing one format, but I really love both. The trade format will be great for shipping to people as a box set. The magazine shows off the work a bit more. Love the trade paper. Uncoated, white base. It’s lovely. Standard color paper for those interested.

7. Okay, two people stopped by to look at the test copies and there were good arguments made for keeping both styles.

8. THE SECOND SET OF TEST COPIES HAVE BEEN ORDERED. AGAIN, YOU HAVE TO MAKE TEST COPIES.

9. Believe it or not, I’m still learning about Blurb. Figured out that I like moving from the smaller format to the larger when designing, and not the other way around, which seems backwards. But, it’s all about the copy. When you change formats from large to small the text gets cropped. When you upsize it has plenty of real estate to investigate. So, start with images large enough for the larger of your two publications. Any questions about this hit me up below.

10. I am NOT a designer. And it shows. However, I keep telling myself that this experiment isn’t specifically about photography, even though it is to some degree because of my past, and it’s not about high-design. I want to make something that ANYONE can look at and think “Hey, I can do that too.” Ultimately, this is SO much fun, but I want you to have your own fun.

11. I think too much. Making images, telling stories, creating publications means next to nothing in the grand scheme. I love doing these things, so I’m grateful, but I can hear the dissection of these publications happening before they even land in the world. It’s what we do now, but none of it matters. Just go do. Enjoy. Make. Put forth and explore. Always. Move forward. Be smart. Don’t fear. Leave your ego at home.

12. Issue Two is finished. Issue Three might be old work as well. This might seem odd but the reality is I never really did much with this older work, so in some cases ESSAY is the first time this work will really be in print. I’m thinking Peru needs an issue. And perhaps a recap of all my dogs and graffiti work. All I know is that I now feel like I have a home for all my work. All of it.

13. How should Blurb utilize ESSAY?