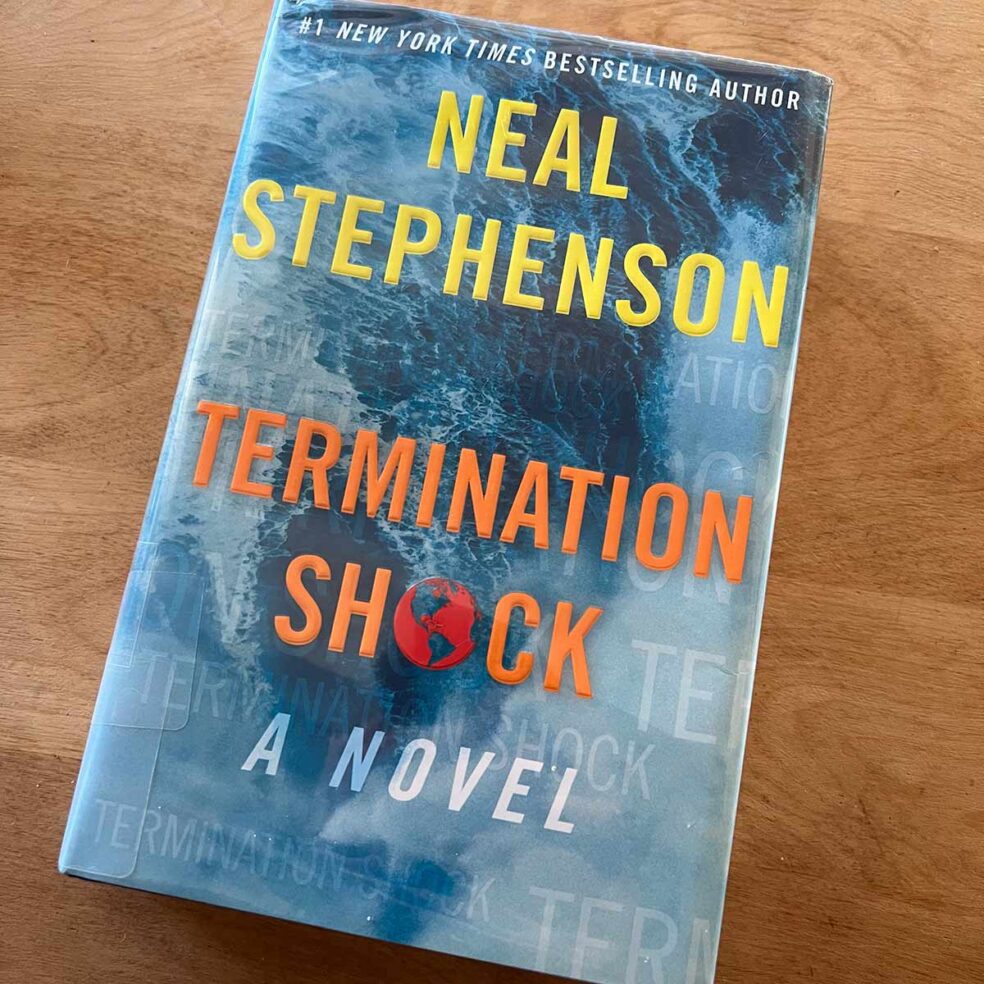 Climate change is just one of those things. One of those things that send rational people into fits of rage and complete breakdown. And climate change] is political, at least now when the country has lost much of its bearing. So presenting this idea in a way that forces the reader to decide what is both realistic and simply futuristic is why this book is so good. Reading Termination Shock will set you free and it will also set you back.

If you don’t know Neal Stephenson well where ya been? Start with Snow Crash, a novel I have read again and again, and did I mention I’m not a huge sci-fi fan? I’m not. Rarely read it and rarely watch it but there are exceptions and Neal is one example. Termination Shock is a look at one potential future, one potential set of ingredients that form to create a planet we may or may not want to know.

As the Doomsday Glacier decides whether it wants to remain friends, the rest of the world is on plan to burn more coal in 2022 than it did in 2021, which explains pretty much everything. Our leadership isn’t leading and the public, for the most part, can’t be bothered. So what will happen to the world if we continue this trajectory. Termination Shock presents one version of our future world, one where some things are still “normal” while others might require an “Earth suit,” or the rebuilding of super-cities to deal with the flooding from rising seas. Humans might retain the goals of today, and the humor, relationships, and fossil burning themes for that matter, but the precipice is near for all to see and feel.

Scientists were testifying to Congress about climate change in the early 1980s. They did nothing. But what happens when begin to see the events of today. We no longer live in the models of theory, we live in the models of December tornadoes and complete lack of snowpack for much of the West. Now what? Books like this entertain us but also make us ponder our decisions, our votes, and our future. Get it, read it.