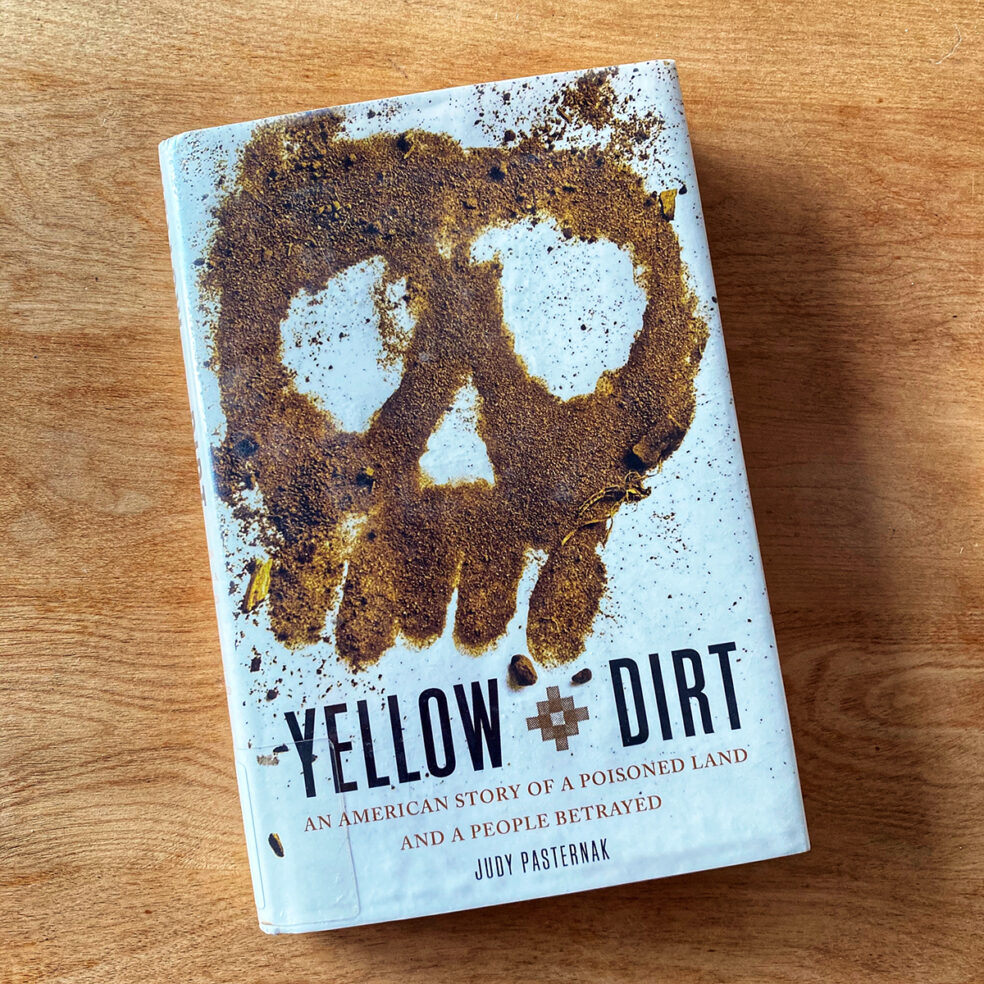 Humans LOVE their revisionist history. We see and hear evidence of this on a daily basis. But I want to focus on ONE place and ONE time. But before I do I want to address an important point about books like this. During the time I read this book I mentioned it to several people who asked what I was reading. I explained the gist of this book, uranium mining, and the subsequent environmental and human destruction that started in the 1950s and continues on to this day, and the response from my friends was “Oh, why would you read something like that, so negative.”

Is this a sad book? Yep. Does it detail a truly horrific situation? Yep. So why would I read it? Because I want to know what actually happened. Reading a book like this is about respect for a people and for our connected history. And oh, by the way, the story is still being written. Yesterday, for example, we learn that the Arctic National Wildlife Refuge will be opened for drilling. This sounds incomprehensible, but reading a look like this will show you very, very clearly the Earth doesn’t stand a chance, nor do we unless serious changes are made.

A book like this also introduced me to a variety of people and agencies, not to mention the exact history, I knew nothing about. I’m learning, that’s all. Is it more depressing to sit around watching the news or learning about something like what happened on the Navajo Nation? I can’t answer that for you but I know which I would choose. Now, to my friend’s point. Is it FUN to read a book like this? No. Not at all, but I still feel the upside of knowledge and integrated history is worth it.

Judy Pasternak’s “Yellow Dirt,” is a story about war, greed, fear, land, coveted minerals, and the destruction these things leave behind. (Images by LA times photog Gail Fisher among others.) The beginnings of the Cold War saw an arms race for uranium which led the US government to the wilds of the Navajo Nation. What followed was one of the single most destructive events of our nation’s history including the single largest release of radioactive material in the history of our country.

But let me revisit my opening line. Humans love revisionist history. For example, all Americans are currently living on Native American land. Nope, sorry, your “No, my house is different,” excuse doesn’t hold water, not even uranium-contaminated water. A few months ago I went to an event in a major American city and a speaker got up in front of six-hundred people and before starting her talk said “Just want to take a moment to recognize we are sitting in “X” tribe’s land.” You could have heard a pin drop.

When I read a book like this I prefer to take away the small bits of positive. I take notes. The names of lawyers, politicians and agencies who at least attempted to do the right thing. You just never know when you might be able to connect a dot.