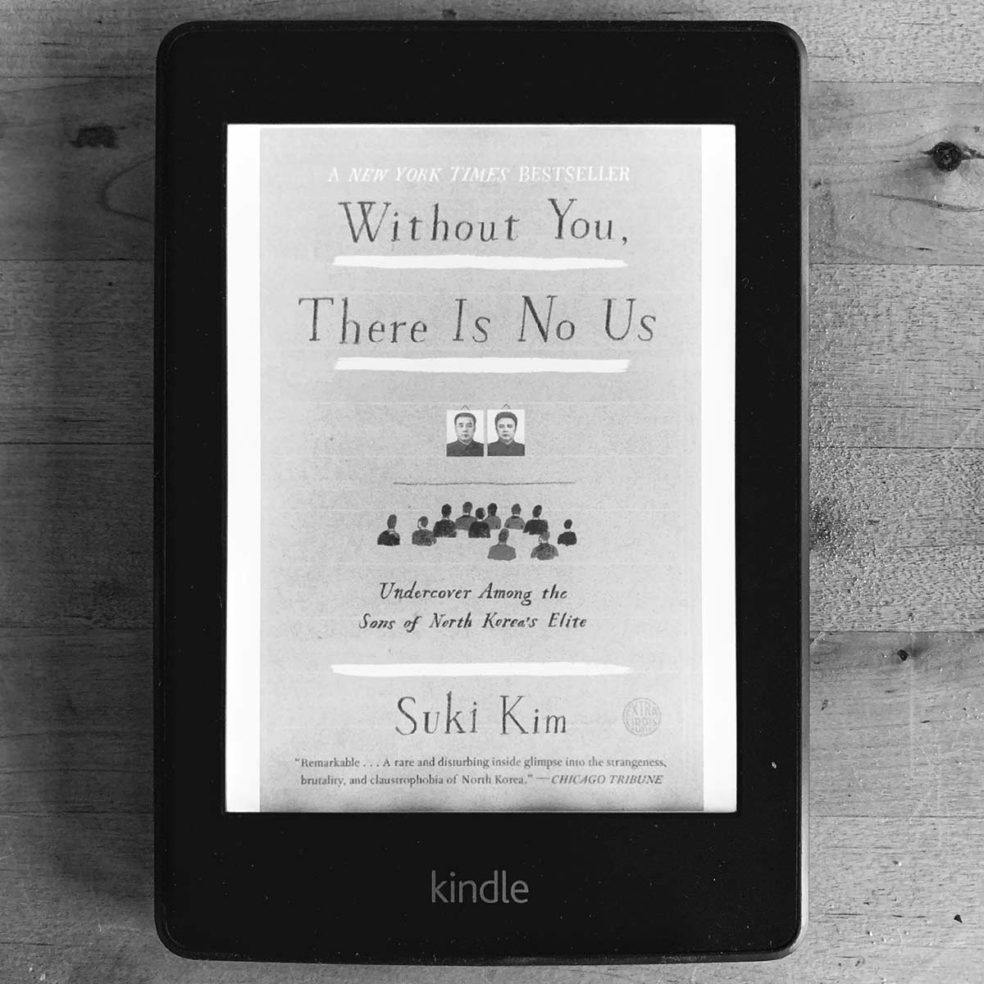 This is quite a book. Suki Kim is a journalist who went undercover teaching the children of the North Korean elite. Ya, talk about not wanting to screw up.

Several things I took away. First, the population is split between the elites and the non-elite. There isn’t that much known about the elite families. The non-elites, well, they are slaves basically. Worked into the ground, starved and then they either die off or get sent to a gulag for hard labor or execution. I’m sure some survive, maybe even live to old age.

The concept of this book and North Korea, in general, is truly mind-blowing. That this place actually exists in the modern world. The children featured in Without You, There Is No Us are late teens and early 20’s, but in some ways, they are like newborns. Think about it. Imagine being cut off from the outside world. From the time you are a baby, I feed you nonstop lies about your entire existence and the world itself. In a short amount of time, you would probably follow along nicely. I actually feel really bad for these kids. They never stood a chance.

The North Korean leadership thrives on hatred of the United States, South Korea and Japan. They attempt to pass this along as best they can.

Now, something dawned on me very early in the book. The parallel between what is happening in North Korea and what is happening with the followers of Trump. Both factions fabricate a narrative based entirely on what is most beneficial to them as individuals. They routinely change the narrative, even moment to moment, without ever flinching. And their followers play along. I never thought I would make this connection when I started this book but I have the sinking suspicion Donny Dipshit looks at North Korea and thinks, “Hmm, I kinda fancy that system.”

Regardless, this book very much worth reading. I’ve featured other books about North Korea here before, many of which are worth the time and effort, so I would add this baby to your collection. And I totally tip my hat to the author.