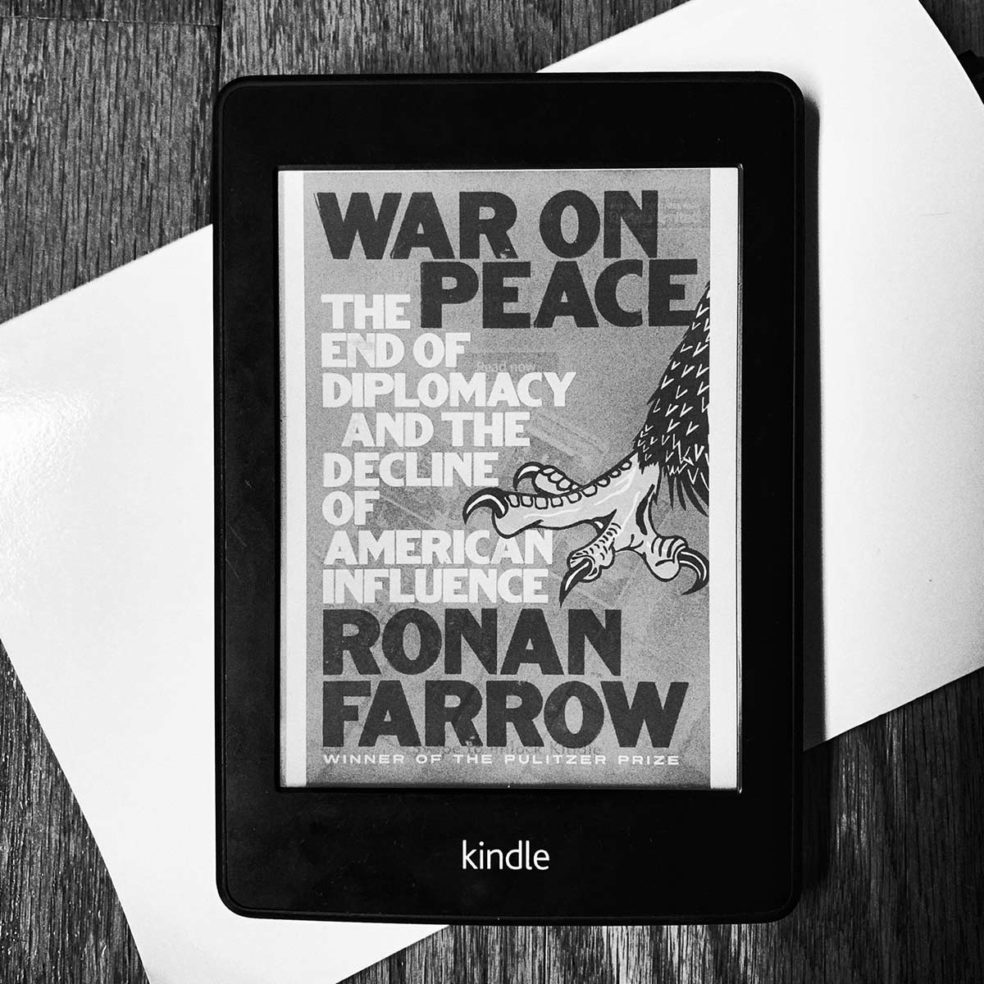 I love this s%$#. I really, really love it. One of my regrets in life, of which I have many, is that I never worked for the State Department. Diplomacy. I can’t imagine anything more trying, testing, frustrating but potentially rewarding than this kind of work. I’m sure I’m delusional but so what?

Ronan Farrow, beyond having a cool name, picked up a little prize called “The Pulitzer,” which apparently is a big deal in certain circles. Yes, this book was well received. If you know anything about American foreign policy since the 1980’s you could have seen this book coming from a mile away. Our recent years, and administrations, assured us someone like Ronan would hole up and draft this sucker. We deserve this book.

“War on Peace,” takes a look at the end of diplomacy and the shrinking influence of the American brand. It also covers the switch from diplomatic to military-led decisions. North Korea, Pakistan, Afghanistan. A bloody slow-motion superstorm of bad decisions.

One of the things I loved about this book was that Farrow actually got interviews with a multitude of power players. On the record, direct quotes. Nowhere to run, nowhere to hide. This is called journalism.

Books like this are backfillers. They fill in what the media got wrong in the first place, especially today when the media, for the most part, has long since given up on being neutral or even feigning like they cherish non-biased data exchange. This book counters the anti-math, science, truth and fact crowd that is rapidly gaining power in the United States. Those who fabricate an artificial life narrative more palatable to their skewed partisan view of the world. Farrow’s book is evidence, something our political machine fears more than anything else.

If you love the train wreck that is history then by all means get it, read it.