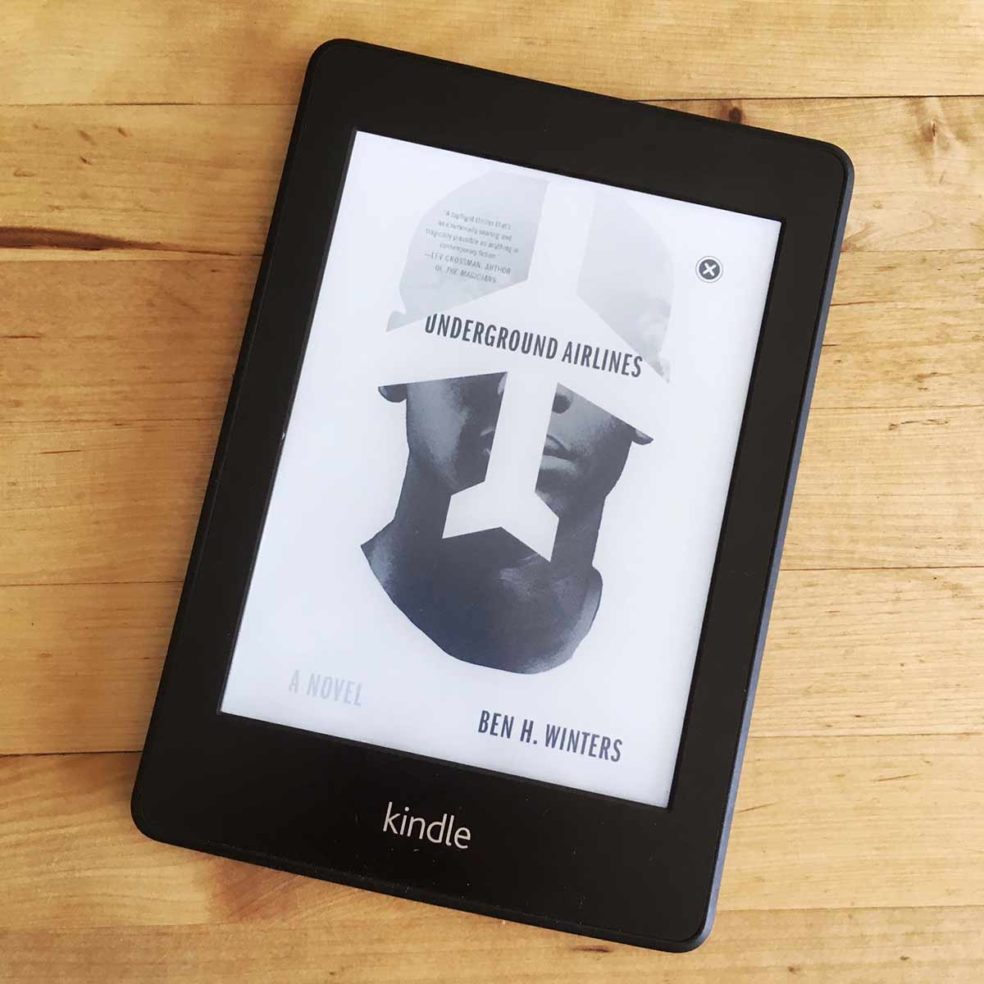 This book really got me. Got me thinking. What if? In a way, and the author will probably hate this, reminded me of World War Z, but this book has nothing to do with zombies. World War Z was written matter-of-fact, and footnoted like everything was on the up and up. You read it and just accept. This book, Underground Airlines, by Ben H. Winters is much and the same. It’s damn good. Slavery. A word that makes any rational human being stop dead in their tracks. Think of history written with a different pen. Outlawed in our entire country except for “The Hard Four” states where the system was refined, streamlined and written into the Constitution. One man hunts another, but there are so many twists along the way, and each peppered with matter-of-fact detail as to the new world the book presents. This story is so twisted, yet you know there are people out there who would implement this if they could. The book speaks to the darkness in all of us, and the light that when called upon can take us where we need to go.

I don’t want to give anything away. Get it, read it.