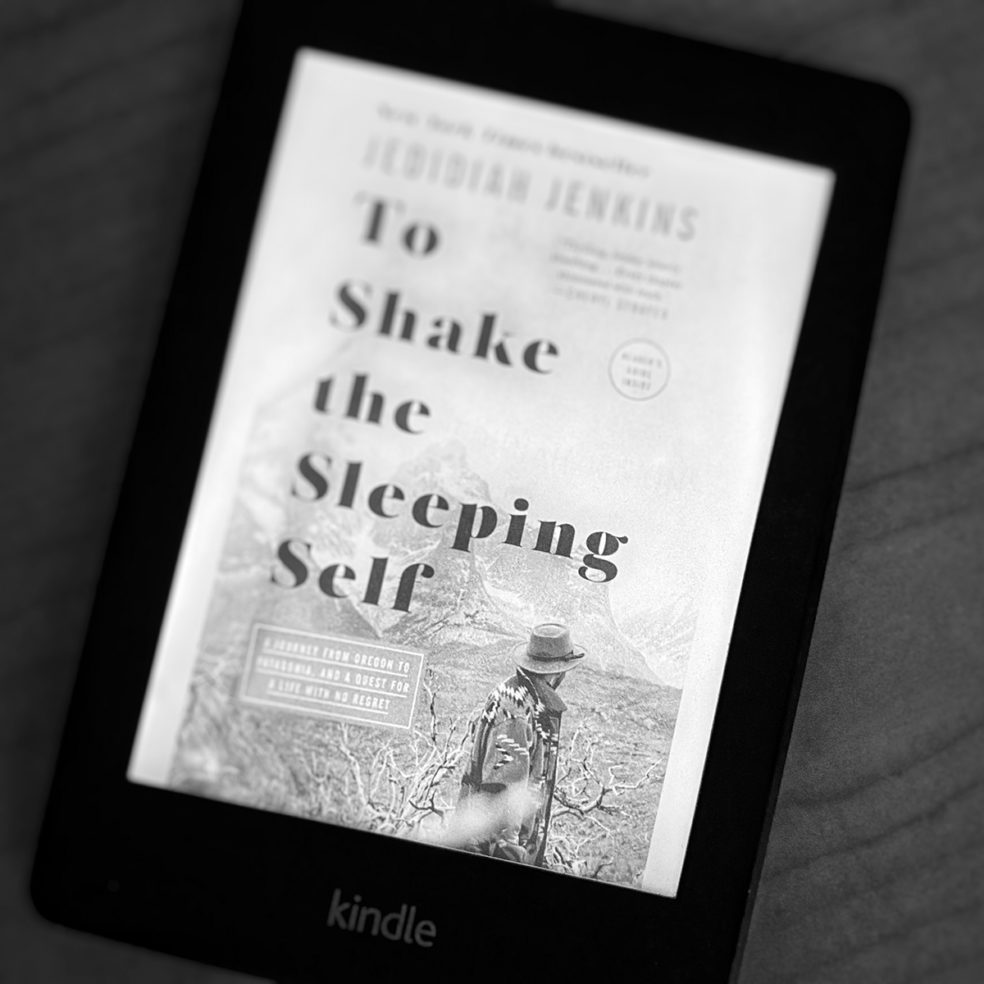 Guy rides his bike solo from Oregon to Patagonia. What’s not to like? Okay, he didn’t ride solo but he thought about it. “To Shake The Sleeping Self,” from Jedidiah Jenkins, which is a cool name, by the way, is a book about an epic cycling journey, sexual orientation, religion and what’s it’s like to pedal yourself over 10,000 miles in a southerly direction. It’s a lot to unpack. And a lot to pedal.

For any sense of scale, just consider I’ve ridden about 1400 miles since last summer. That’s it. That would put me somewhere in Mexico with all of Central and South America still in front of me. Doing a trip through Central and South America is a goal of mine. Will I attain it? I’m guessing no, but that’s okay. I find smaller adventures where I can and I’m certainly not ready to quit the best job in the world.

The cycling part of this book takes a backseat as Jenkins is no cycling expert, not by a long shot. This is critical to me. You don’t NEED to be an expert to do something. You just do it, and he does. He is also battling with the reality he’s gay but also grew up in a very religious household with a mother who thinks he can somehow realign his sexuality via the chapter and verse. He takes all 10,000 plus miles to attempt to unwind this situation.

His traveling partners vary, some long-term while others are short-timers looking for a bit of Latin adventure.(His first cycling partner is hilarious and we all have a friend like him/her.) There were a few things that made me cringe. The electronic connection via social and the phone for one. Not a fan, as you know. This is such an invasive residue that seeps into us at levels we don’t even fathom. But, he did it. He went, so I have to take my lumps. Not my trip.

But on this note, and something that had nothing do with Jenkins, was when he would describe the trip to friends and family one of the first things they asked was “How do you charge your phone?” This is the kind of statement that makes me want to disappear. A blazing display of just how lost we are as a culture and society. Jenkins, I think, learns the phone and connection is NOT the answer.

Finally, the trip does not end with rainbows and the answers to life’s toughest questions. The trip ends with family, friends, a small celebration but that’s it. There doesn’t need to be enlightenment around every bend. The important part is you take the time to LOOK around the bend.

This book is also a roadmap for getting more asses on bikes. It’s doable. He didn’t train. He didn’t learn Spanish. He didn’t know how to fix a flat. He didn’t get run over. He didn’t get killed by sicarios. He didn’t even seem to really get sick. When I mention cycling to many folks I get an immediate barrage of why they could never do it. Jenkins proves that just about anyone can. So what’s stopping you?