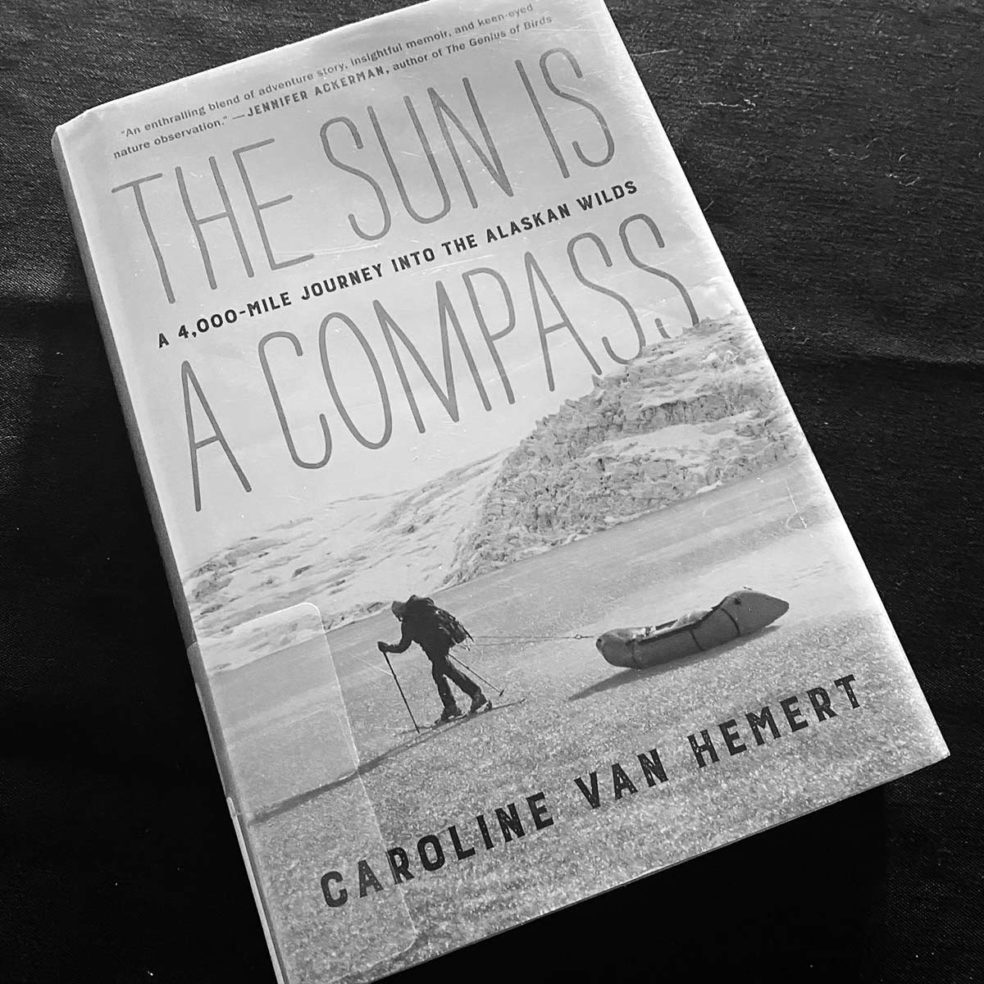 This book was effortless, and anyone interested in adventure books should read this. Or, if you are a birder. If you haven’t been to Alaska it’s difficult to explain. Considered “The Last Frontier,” although if I had to describe the state in one word that word would be “scale.” I’ve only been to Alaska once, many years ago on a National Geographic assisting gig, but the memories from that trip are often on my mind.

At one point I had just come off the Chilkoot Trail in a blinding blizzard, in summer no less, and very shortly thereafter found myself in a tiny bush plane flown by a high school kid. We had taken the doors off so the photographer could shoot through the open space. We lifted off and were suddenly up above the range I had just hiked over. What I didn’t comprehend from ground level was that behind my path was another range of mountains, and another and another. No roads, very few people and actual wilderness. We had bear scares, flooded equipment, fluid buildup on our backs from overweighted packs, wet camping gear, not enough food, freezing temps and plenty of fun.

There have been many great books that have emerged from Alaska, the Yukon, Canada, etc. and this book should be added to the list. Caroline Van Hemert’s The Sun is a Compass tracks her 4,000-mile voyage through the Alaskan wild. Boat, foot, ski, pack raft, etc. She and her husband throw down the epic voyage and get it done.

At one point, the pair traverse a 1200 mile section of the Brooks Range which is part of the Gates of the Arctic National Park, a place that has been haunting my thoughts for over a decade. I’ve dreamt about this place many times which somewhat fills me with dread because it means, at some point, I’ll have to go and see it for myself.(I pitched a much better-prepared friend on this idea yesterday.) This location might be the most intact piece of wilderness left on Amerian soil and the surrounding area, and the precious resources buried beneath are in the crosshairs of the kings of extraction.

There are a million things about this book I love. But I’m not going to expound. Those of you who feel the same urges I do won’t need much push from me. Get it, read it.