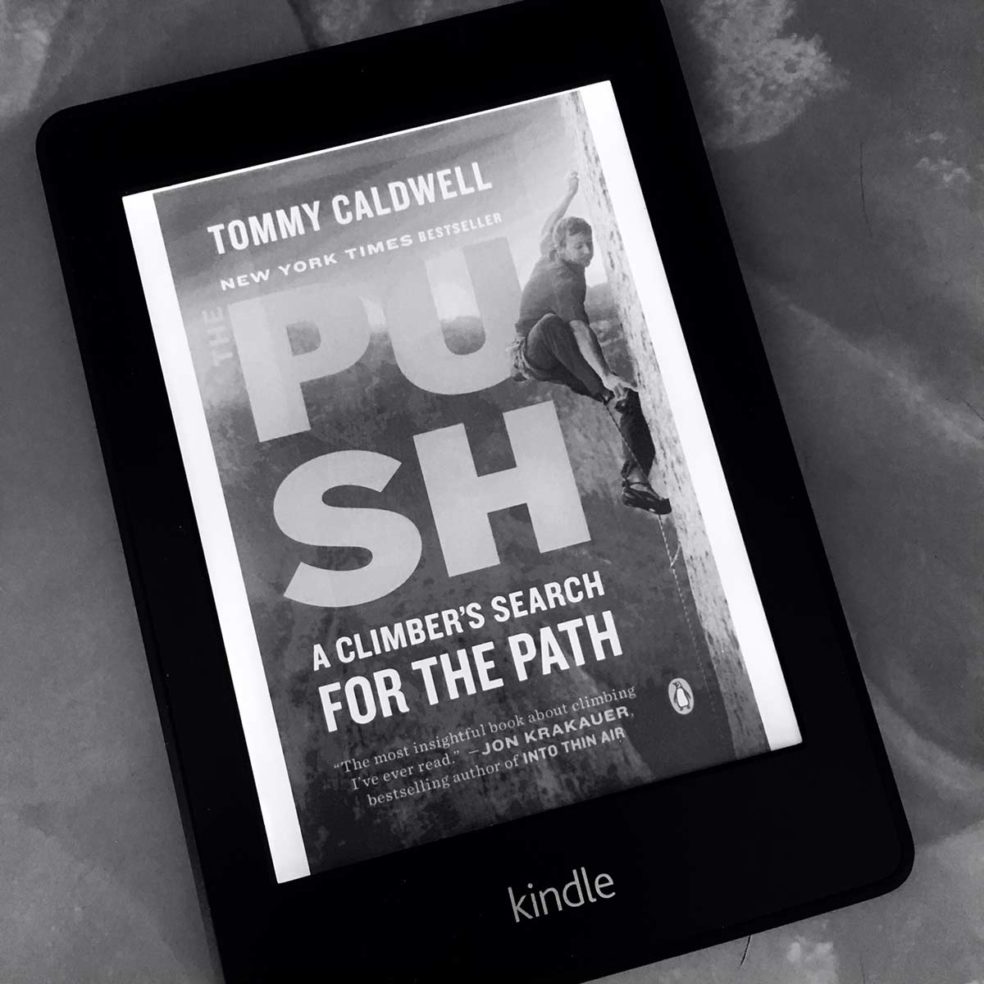 You would think this is a book about climbing, and it is, but it’s not as much about climbing as it is about a life. There is a translation issue here, and anyone who participates in a “fringe” sport will know what I mean. Climbing, cycling, surfing, etc. What are these sports? Well, they aren’t football, baseball or basketball, so when someone goes all in on a fringe sport the vast majority of the world will have a very hard time relating. What Tommy Caldwell does with his climbing, and his level of obsession, will be almost impossible to understand for anyone who doesn’t share the same love.

However, what I enjoyed about this book were two things that you think might not be that enjoyable. First, he’s a mess. It’s true. And he’s kind of a mess from the time he was young, just-like-the-rest-of-us. Awkward, shy, insecure, etc. His father intros him to climbing and his life begins to change, but not without the trials of imploding relationships, failure on a climbing level and even being kidnapped in Asia.(Read Over the Edge). Second, his level of commitment.

The crux of this book is the climb on the Dawn Wall in Yosemite. Long considered impossible, Caldwell takes a look with new eyes, and a range of partners, and finally figures it out. He and Kevin Jorgensen, who you probably saw on the tele when this little event happened, free the Dawn Wall after….seven years or so. Yep, you read that correctly. Seven years. This was one of the more interesting things about the book. The planning. The obsession. The logistics of being on a wall for eighteen days. Not pretty. Not easy.

There was a bit of God talk in this book, which I’m mentioning because that can be nails on chalkboard for some folks. I’m the least religious man around, but I get what this topic can do for certain folks, and after all freedom to believe is sacred ground.

The last thing I’ll mention is that during the assault on the Dawn Wall the iPhone becomes part of the story, the obsession with social media, with daily updates with checking feeds. I just about closed the book,and perhaps would have were it not for the fact I was reading on a Kindle and there is no closing anything. But Caldwell realizes that using this device has added something to the climb, but more importantly has taken something away. I spent all weekend in conversation with people about how the iPhone has impacted their children, in a bad way, and I always have to say “it’s not just the kids who have been impacted.” Many of us have donated our lives, privacy and our souls to these devices and platforms and I for one am well beyond being over it.

I write this post with frayed hands as I’ve returned to climbing after a twenty-five-year break. I have zero goals with climbing other than to have fun, and at this point in my life and schedule, climbing means the gym and maybe a bouldering trip or two, but who am I trying to kid? I’m in awe of the talents of Caldwell and his level of climber who have dedicated their entire lives to a pursuit that many feel is pointless.(screw those people) The Push, A Climber’s Search for the Path, reveals both the dark and the light.