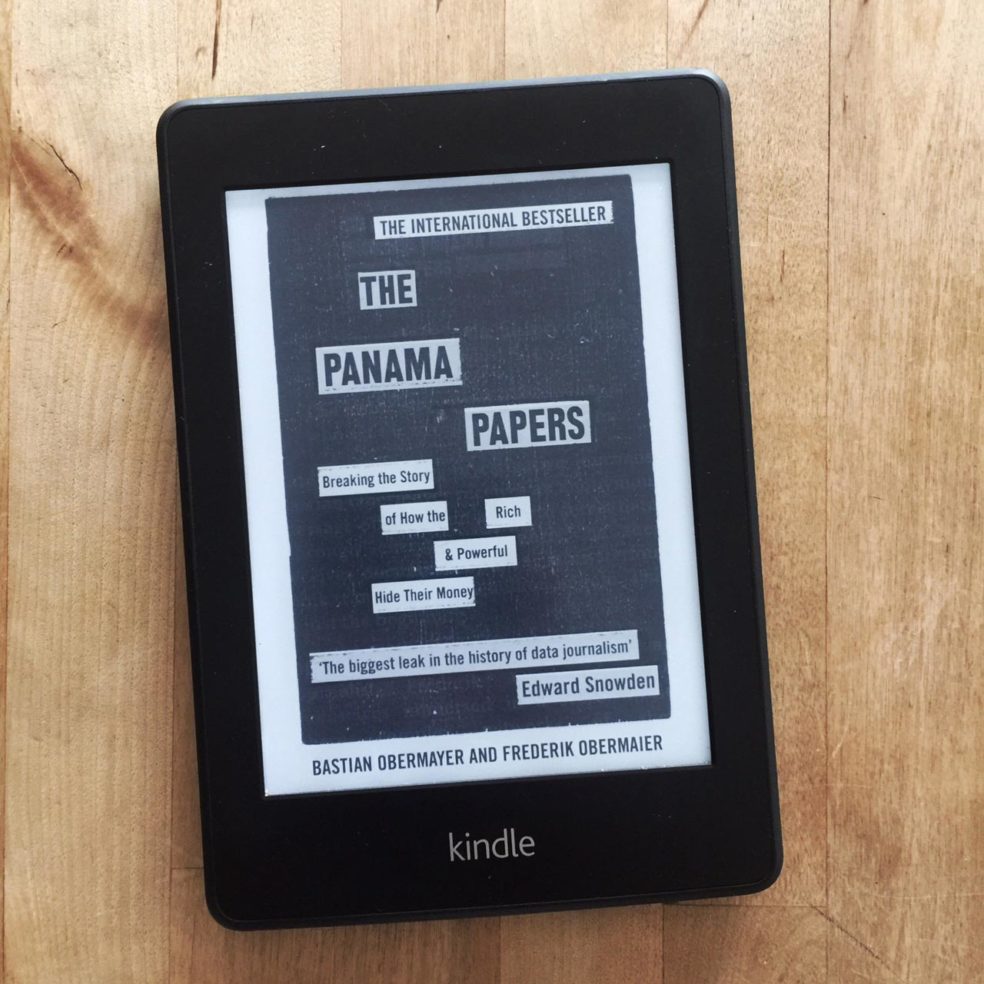 During the time I read this book I asked everyone I came in contact with how they felt about “The Panama Papers.” A grand total of ONE person knew what I was talking about. ONE. I guess I’m strange. I guess the financial collapse of 2008 was a bit much for me. The greed, corruption, bailout, failure and demise of so many people, so many savings accounts and so many institutions left something etched on my brain. I’ve been in a theatre when Ed Snowden beamed in from Russia to speak with us live. I’ve read as much as I can get my hands on about these events, these people and the ramifications.

I’ve often wondered what’s next and also wondered when the public will finally tire of these things and take matters into their own hands. I guess I have longer to wait.

“The Panama Papers” a book buy two, German investigative journalists(Obermayer and Obermaier) details the largest leak in the history of data journalism. HUGE. If the Snowden dump was a grain of sand this dump was the beach. And it was done in real time while corresponding with the journalists.

At one point in time 400 investigative journalists were working on this simultaneously. Yikes. And let me say this for those of you who watch only ONE television news channel and think you are getting the news. Investigative journalism isn’t opinion. It’s fact based. If you claim to be an IJ and you write opinion you won’t last long. And you will be sued repeatedly until there is nothing left of you outside of your skeletal remains that some kid will turn into a necklace and sell for two bucks on a hot Sunday at the beach. I’ve noticed something while reading this book. People conveniently place anything that goes against what they believe in the “Well, that’s just someone’s opinion,” section of reality. No, actually. It isn’t opinion. Here are the facts.

In short, A LOT of wealthy people, drug dealers, oligarchs, political leaders, presidents, celebs, etc, hide money in offshore accounts. Why pay tax when you don’t have to? Why not create a layered system of offshore shell companies that allow you to hide your wealth then skip the good old tax portion of the form? Endemic. Systematic. Nearly impossible to trace. Unless you have someone on the inside. This book details how that person emerged and what they came to tell.

It’s a book that makes you bang your fist on the table and shout “When are we going to wake up?” On a sad side note, two of the men assigned to investigate this situation resigned this week after the Panamanian government declined the offer to make their investigation transparent. There is still much to hide and the truth offers nothing to gain.