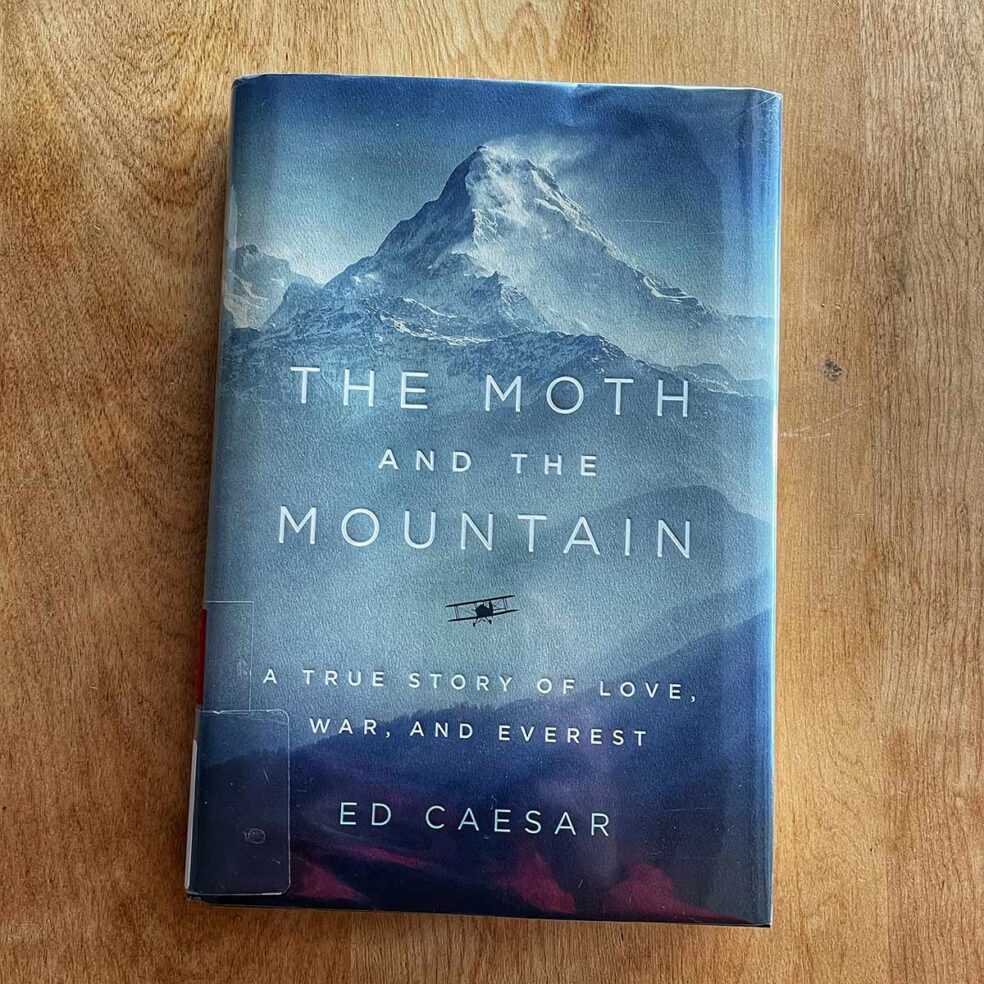 Loved, loved, loved it. A quick read. Just when you go thinking you have done something adventurous in your life you learn about someone who has taken what you have done and gone so far beyond you lost sight as he/she ventured past the horizon. Ever heard of Maurice Wilson? I never had. But he was a unique little badass. Ed Caesar brings us the tale of “The Moth and the Mountain,” which tracks the eccentric life and ultimate, high-altitude death of Mr. Wilson who lived more in the short life than most of us combined.

Wilson survived the first world war after putting on display a commendable level of bravery. Everest was just beginning to become vernacular in the modern world and when Wilson heard about it he said “I’ll climb it.” Alone. HIs problem was getting there and getting permission. So what does one do when living in England but needing to secretly and not-so-secretly get to Nepal? You learn to fly and you go solo. Even after a bare minimum of lessons he departs. Everyone, including numerous governments, attempts to thwart his plans.

He goes anyway. What happens next is both daring and tragic. And there is one more wrinkle at the end I won’t share now but the morale of Mr. Wilson is don’t let the bastards drag you down. Got a vision? Go for it. Get it, read it.