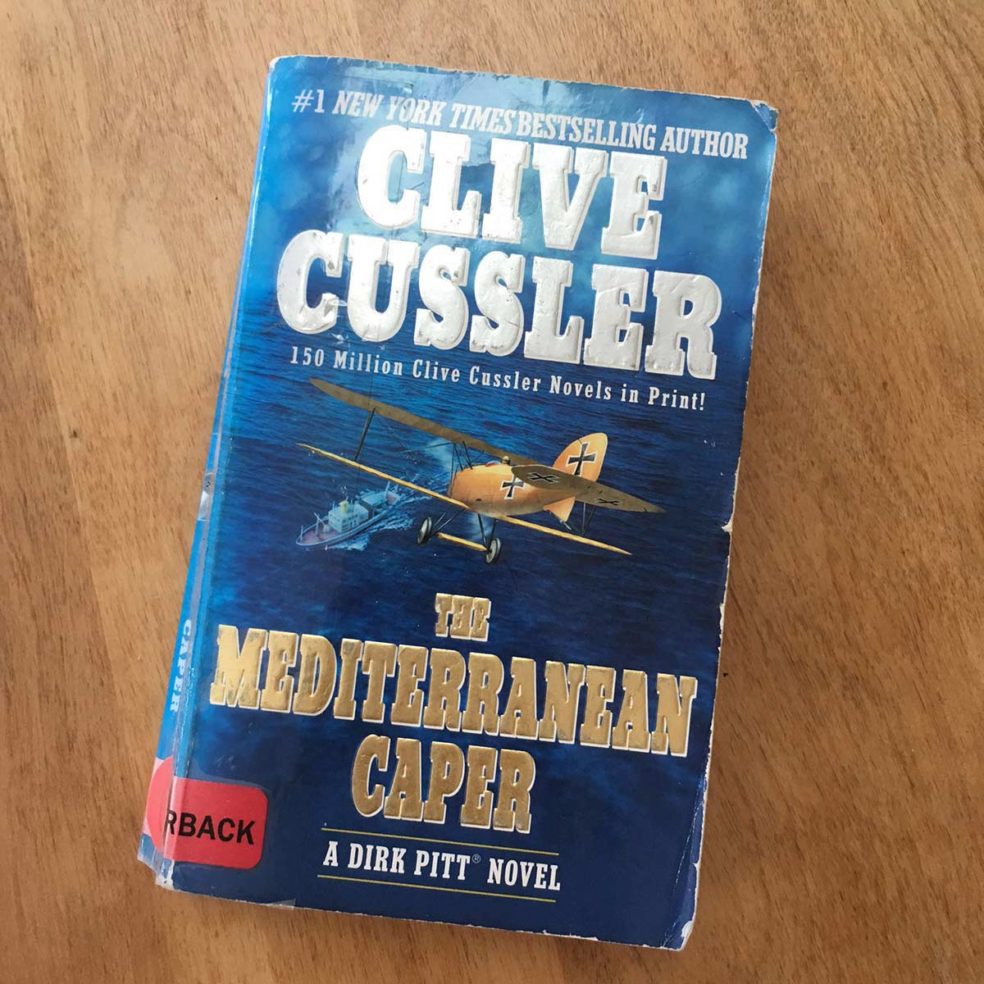 Yes I read a Clive Cussler. Damnit there are 150,000,000 copies of his books in print, so what the Hell. I had to do it. I know what you literary snobs are thinking. I know it. Don’t lie. You are thinking “I don’t read THOSE KINDS of books.” Well someone is! Including me. Let me do some explaining.

Most of the time when I see someone reading a Clive Cussler book it’s in the airport and the reader is someone in their 70’s, mostly men, and they are dressed like a Tommy Bahama ad. All’s fair. After reading this book I think this demographic fits my initial assessment.

This is basically an action story, the first detailing a character that has gone on to sell millions and millions of books and has also spawned at least one motion picture…..DIRK PITT. (The movie is Sahara. Clearly the most epic cinematic experience ever recorded.)

The book follows Pitt and his sidekick Al Giordino.(Masterfully played by Steve Zahn who is one of my all time favorite actors.) Gunfire. Sex. Action. Fights. Submarines. Cigarettes. Booze. Danger. Cops. Explosions. All the best shit that life has to offer.

Okay, the book was written in 1973, so let me explain what that means. There is a scene early on where Pitt is on the beach with a smoking hot woman he just met. She is reliving a sad personal story and Pitt just reaches across and whacks her in the face. Tells her to move on with her life and then…of…course…they end up doing it on the beach. Ahem. Well, well, well. So, pretty much everything in life has changed(or has it?) since those freewheeling, assault laden 1970’s. Just so you know…

Okay, my only relelvant point is two pronged. I read this entire book in about 2.5 hours. I needed a book like this. I was 1/8 of the way through a book about the Pre-Cambrian period and the idea that man might have encountered magic mushrooms which led to a 30% increase in brain matter, the development of language, writing and agriculture. SO I NEEDED A NORMAL BOOK PEOPLE. And it worked. I’ve got nothing against anyone putting forth literary toil and sweat. And just to piss off the establishment I’m going to read more of these. And review every single one of them.