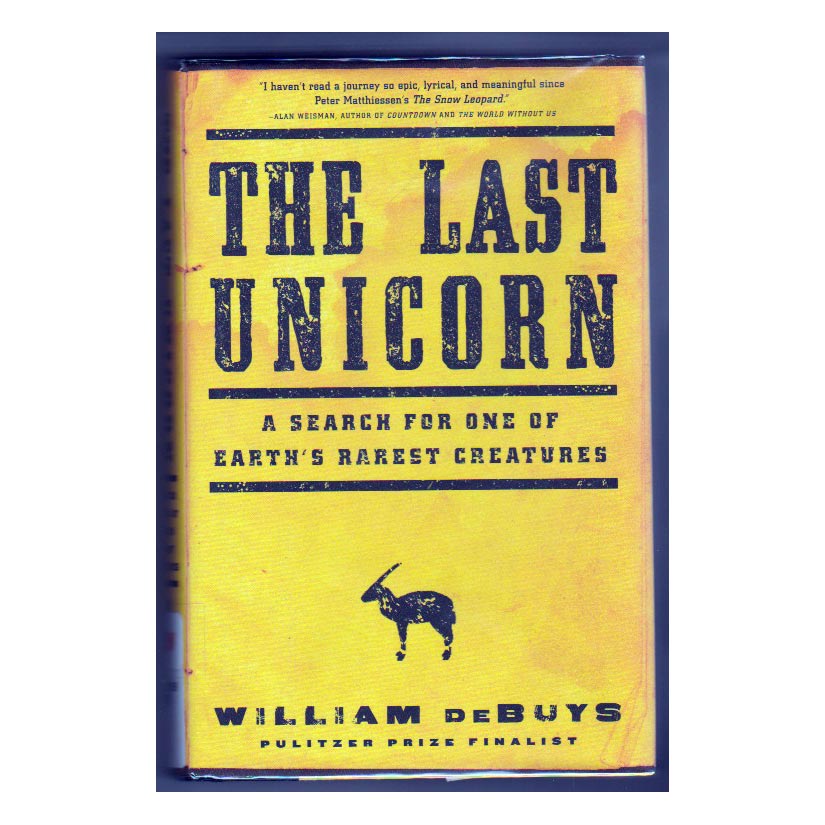 So, here’s the thing. I’m not qualified to review fiction or nonfiction literature of any genre. Photography books are one thing. I can sling critique when it comes to images, but when it comes to the word I am so lacking in any trace of credibility I won’t even pretend to know what I’m doing. I LOVE to write. In fact, if I had to chose between word and image I’d be at Kmart, Walmart or some other “mart” buying pens, pads and Liquid Paper. Who doesn’t love the smell of liquid paper? Heck, Liquid Paper got most of my generation through the stunted imagination of public school. Fatigued come third period? Well, how about a little assist from our old friend Liquid Paper? Two quick snorts and all things were right with whatever mundane task was at hand, but this is a post about a book, so let’s focus on that. William deBuys is a writer. I haven’t read everything he’s done, but I’ve read most of his work and can say with certainty his projects are well worth your time and energy. His latest effort is The Last Unicorn. If you want to read a real review of this book there are many, and I suggest you do so because what you are about to get is my twisted idea of why this book is something you should spend your time on.

This book reads. Its got flow. And let me say this isn’t a teen romp or romantic comedy. deBuys has a point to make, and one that should resonate with the entirely of humanity, but does it? In short there is a beast in the hills of Laos, one mankind knows very little about, but due to the somewhat insane drive of a select few, a mission is hatched, and to steal from Capt. Willard, “I wanted a mission and for my sins they gave me one,” this band of locals and not-so-locals begins their trek to the prized habitat. deBuys hails from the high and dry of New Mexico and Laos reveals itself to be the relentless counterpunch. If you ever ever been to SE Asia you know the kind of cramping heat that waits for fair skinned interlopers. This land can be cruel but yet is also a prize worth chasing. Few if any westerners have ventured where deBuys and crew venture to search not only for their elusive species but to also study the tentacles of those who encroach.

The questions are open ended. Does this animal still exist? Who knows about it? What is the animal’s value to the world beyond a Chinese or Vietnamese menu? Can this creature be saved?

The book is PAINFUL in one way because deBuys eloquently relays to us one of the most crippling realities of our human condition. “Fatalism and optimism.” That’s it people. You can’t be exposed to a story like this and not be repulsed by our species and what we are doing to the planet and our fellow creatures. We deserve what’s coming to us. But on the other hand what is the point of going through life with your inner child in a shame spiral? You have to do something. You keep fighting and you hope something sticks before we find ourselves living in the rubble of what’s left.

The Last Unicorn is also an illustrated book. There are images and do they ever make a difference. Actually seeing the crew, the landscape and the animal itself is so important, and also gives testimony to deBuy’s descriptive talent. Things look like they are supposed to look. On a side note, the images were tweaked by fellow New Mexican and all around badass Don Usner who recently came out with his own book, a book I actually saw people fight over at a holiday gift exchange. At one point I think someone tried a throat strike.

The moment I closed The Last Unicorn I was faced with more questions than answers, the sign of a good read. “Fatalism and optimism.” I felt like now the ball was in my court, or perhaps in the court of the next generation. But then I remembered the next generation is so busy glorifying themselves on social media I’m not sure they would even have any interest in this story unless it would somehow allow them to add to their following. Would they even know what Laos is? (I once had a NYC-based photo editor ask me where Cambodia was.) #savethesaola? Is this the answer? No, because regardless of what happens in the Cyberworld, most reality occurs on the mean streets, or trails, of the real world. The world in which we live alongside, and in harmony or tragedy, with our fellow creatures.

The Last Unicorn reminds us we are the decisions makers. The pen, the sword, the vote, etc. This book reminds us that our education can’t stop with a hungover walk across the stage at graduation. This shit is going down right now, and it’s up to us to actually do something about it. Ya, I’m pissed but I’m also hopeful. What more can you ask from a book?