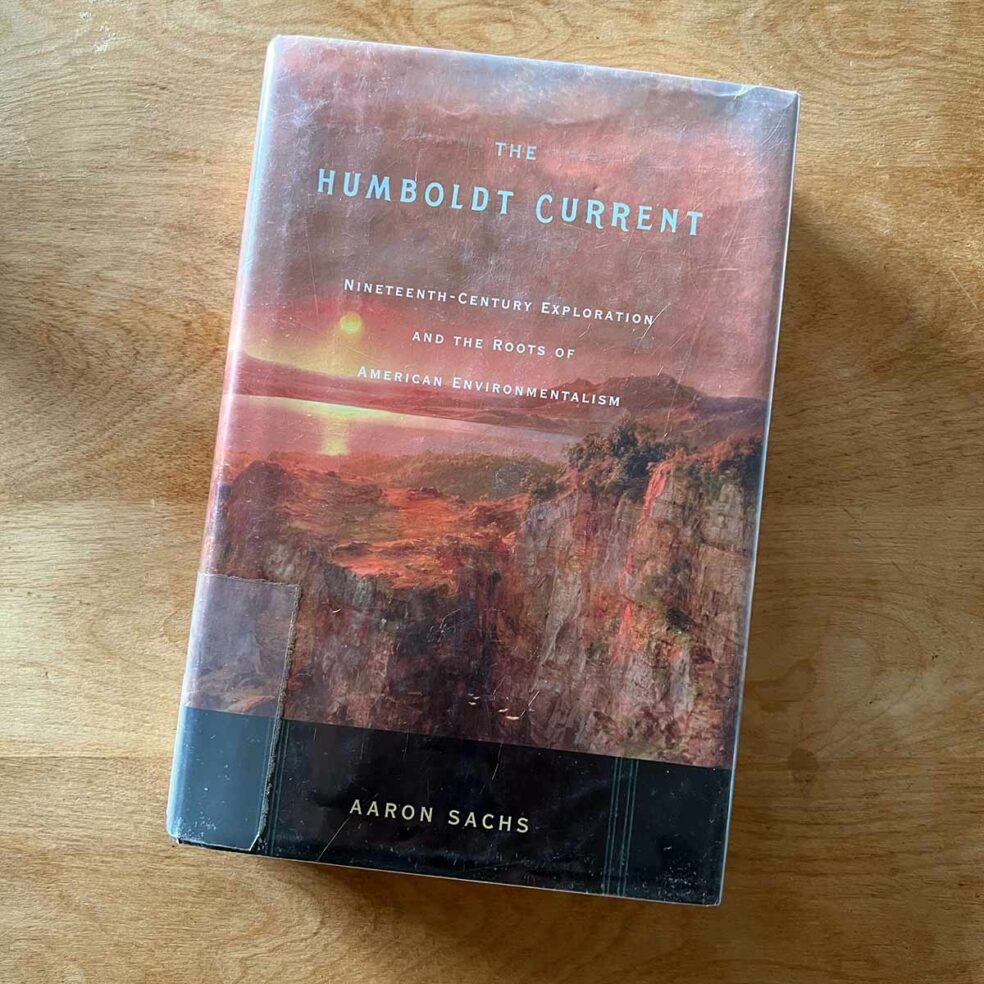 I did not finish this book before I got my “Overdue book,” email from the library. Do I recommend you read The Humbolt Current from Aaron Sachs? Short answer, for sure. Long answer, when you have the time. This book is dense but not in an overly scientific way. This book is dense because each chapter unravels a new connection between Humbolt, global history, and the beginnings of the environmental movement.

Did I mention that Alexander von Humboldt is considered by many to be one of the world’s first ecologists and was a German who lived in France most of his life? He did visit the United States one time and was able to spend his time in America with this little-known guy named Thomas Jefferson who I like to call “TJ.” He and TJ were quite the pair. Humboldt was on a life mission to see the connection with all things natural world, and to a tremendous degree, he succeeded.

Humboldt influenced everyone. Darwin, Melville, Fremont, Thoreau, Whitman, and on and one and on. We have the Humboldt Current, Humboldt County, the Humboldt River, and the Humboldt Mountains, just to name a few and his influence stretched around the globe. There are statues and plaques dedicated to this man but few know many details of his extraordinary life.

Sachs lays it on the line for us to lap up. One trip, meeting, or discovery at a time. If you see yourself as a modern explorer because you climbed Whitney, well, you may want to rethink your status. Humboldt was at another level but simply to observe the natural world to better understand how we work in tandem with the Earth. These days, I’m sure he would be labeled a communist. This is the kind of book you buy then give your children and grandchildren.