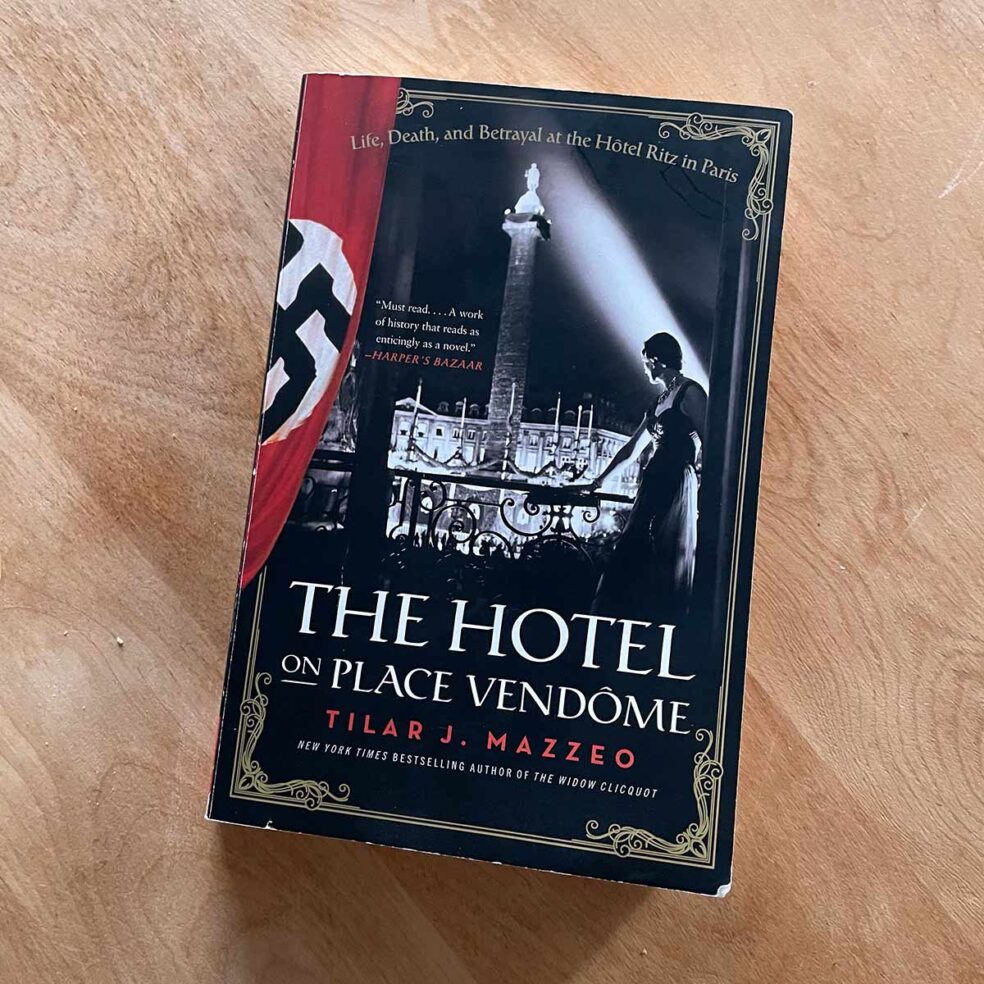 Paris is one of my favorite cities. For Blurb alone, I’ve traveled to the city nine times. Go back to my years of photographic travel and you have to add in another six or eight trips. Yet I don’t claim to know the city. I know parts, superficial layers, and no I don’t speak the language. But what I do know is I can’t afford the Ritz.

The Hotel Ritz was established in 1898 and instantly became THE place for celebrity, royalty, government and even the movers and shakers of the journalism world, back when that meant a real career. Think Capa, think Hemingway. But also think Nazi, the resistance and everyone in between.

Tilar Mazzeo tells the tale of this famous hotel and those who called it home. Literally, home. These people would stay for YEARS. The Hotel on Place Vendôme provides an overview of the history but focuses in great part on a singular season during the Second World War. If this is not one of the most intriguing-not to mention horrifying-chapters of world history I’m not sure what is.