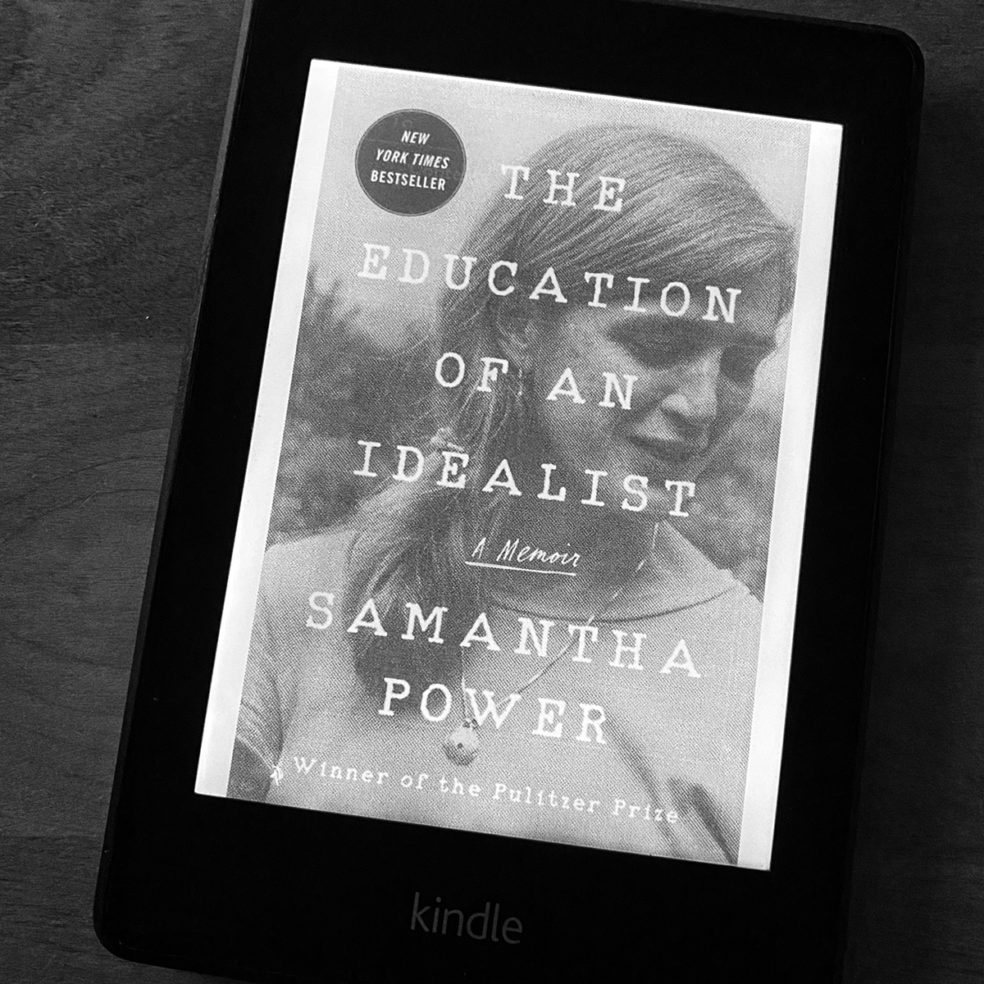 I love books like this. Honest, at times ugly, political history style memoirs that reveal details that were not public information during the time they went down. It doesn’t matter your political slant. Our political system is flawed, fundamentally flawed, to a level that might not be salvageable. And we love to lie. We love to fabricate stories and lies while we rewrite our favorite version of history while watching our population become more and more radicalized. (Both lame-duck parties.)

If you mention Samantha Power in public you often are met with strong opinions running in both directions. “Amazing diplomat, accomplished a lot.” Or, “Terrible diplomat, was so pro-war.” The truth, as usual, lives in the middle but when the population has taken sides it is nearly impossible to change public opinion. Facts are now considered adjustable. There were things I THOUGHT I knew but didn’t.

The Education of an Idealist is a super-solid read but maybe not in ways that you might think. Samantha Power worked for both Obama as senator and Obama as president. She wore many hats, held many jobs, and was involved in a dizzying array of programs, problems, and issues of the day. (For the haters, what did you do to stop the war in Syria?) She was the youngest ambassador to the United Nations in the history of the US, a position she is famous for, but long before this roll she was a combat correspondent in the Balkans and was also the author of a Pulitzer winner book. And before all this, she was as an immigrant. The immigrant story is hugely important in my mind and had to rankle her when Trump and his violent rhetoric became part of the conversation, knowing whatever work she did, and everyone else for that matter would go out the window if Trump won. (Hey, guess what? He did.)

I also found the staggering bureaucracy and partisanship nonsense she had to deal with detrimental and would keep me from ever wanting to work for the government, especially now. During Power’s confirmation process for UN Ambassador, she was coached for the very public confirmation process. Basically, she was told the senators don’t care about your answers. The senators just want to hear themselves speak and need to pander to their base. Lovely.

Another aspect was the interaction with Obama, the data and history he asked for, and the subsequent speeches he gave. Regardless of how you feel about Obama politically, he could at the very least speak English and string more than two sentences together. It also appeared he had a genuine interest in his job, the country, history, the rest of the world, and life in general. (unlike current presidential unit.) I would read these passages and then go online to see and hear our current president butchering messages, quotes, words, speeches, and the like. I wondered what Power’s job would be like now? My guess, impossible.

This book reminded me of how little I have done. How little involvement in global issues I’ve actually had. The book also made me wonder why people do what Power did. Why take a job like this when you could go private sector, make a lot more money and not have to deal with the government BS? (Because people want to serve.) Often times, diplomacy is a brutal way of living your life. Like taking a roundhouse to the neck. Most people get kicked in the neck and they say “Okay, I’m out.” Others, for mysterious reasons, say “Thank you, may I have another.”

Again, regardless of you political leanings this book is worth a read.