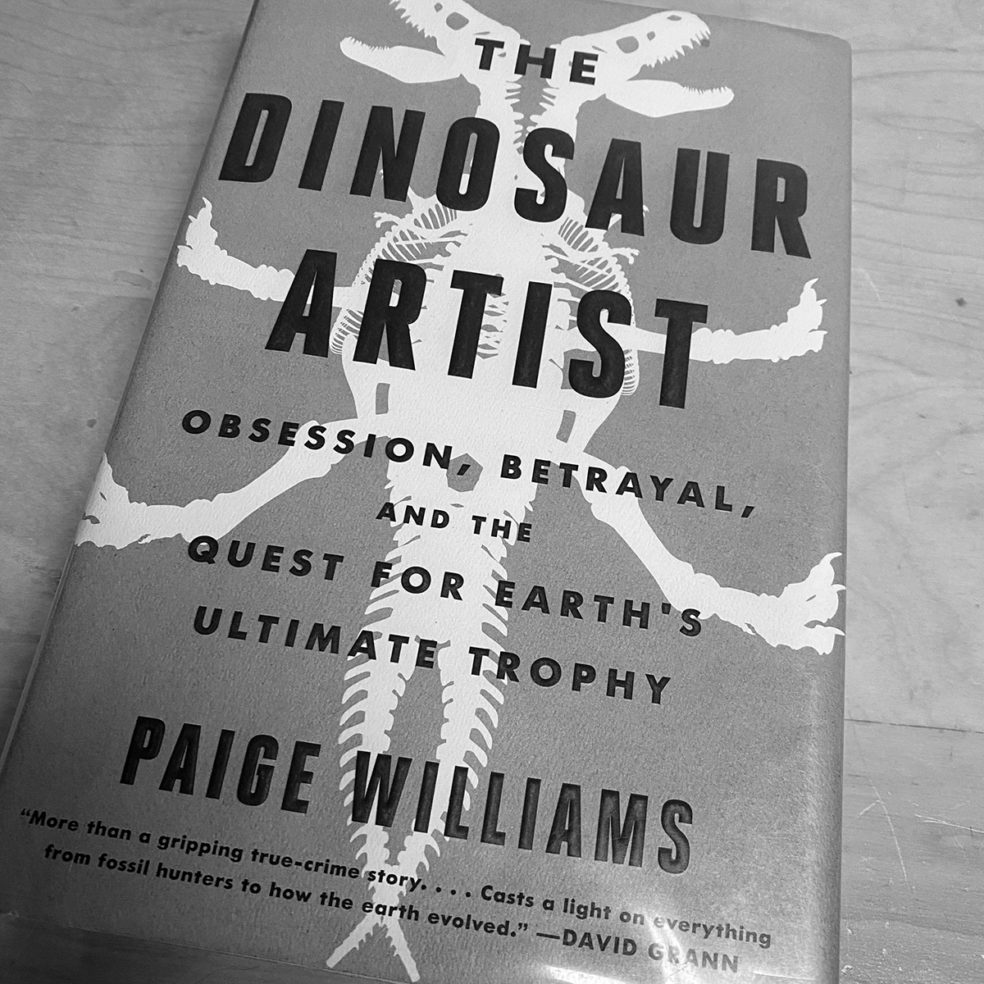 Quite a story but one that left me with as many questions as answers. On a recent podcast, I made a joke about the fact I finally realized that Indiana Jones was basically a thief. Sure, much of what he was after “ended up in the museum,” but that did not change the fact he was stealing antiquities from foreign lands.

People are doing the same today, and some of these artifacts are ending up in museums but this story is about one event in particular where the protagonist surely did a few things that were not on the up and up, but the story also sheds a light on how much hypocrisy and “look the other way” mentality permeates the fossil business. And yes, there is very much a business in fossils.

“The Dinosaur Artist,” by Paige Williams is a history book, paleontology book and spy novel all in one where the main and supporting characters are all real people. Eric, the main character is someone in love with the past in relic form. Even from a young age, he dives for fossils in his Florida backyard and soon becomes well known for collecting. There is a battle raging between the museum world and the commercial collection world and Eric is often in the middle, and the middle, in this case, is Mongolia.

The Gobi to be precise. Extract one dinosaur, ship, unpack and reassemble and sell. And here is where things begin to go sideways. This is a wonderful story about a strange subculture that is far more developed than you would imagine. Williams is a bloodhound and provides all kinds of background on both location, history, paleontology and the characters involved not to mention the dramatic final ending of a story you couldn’t make up.