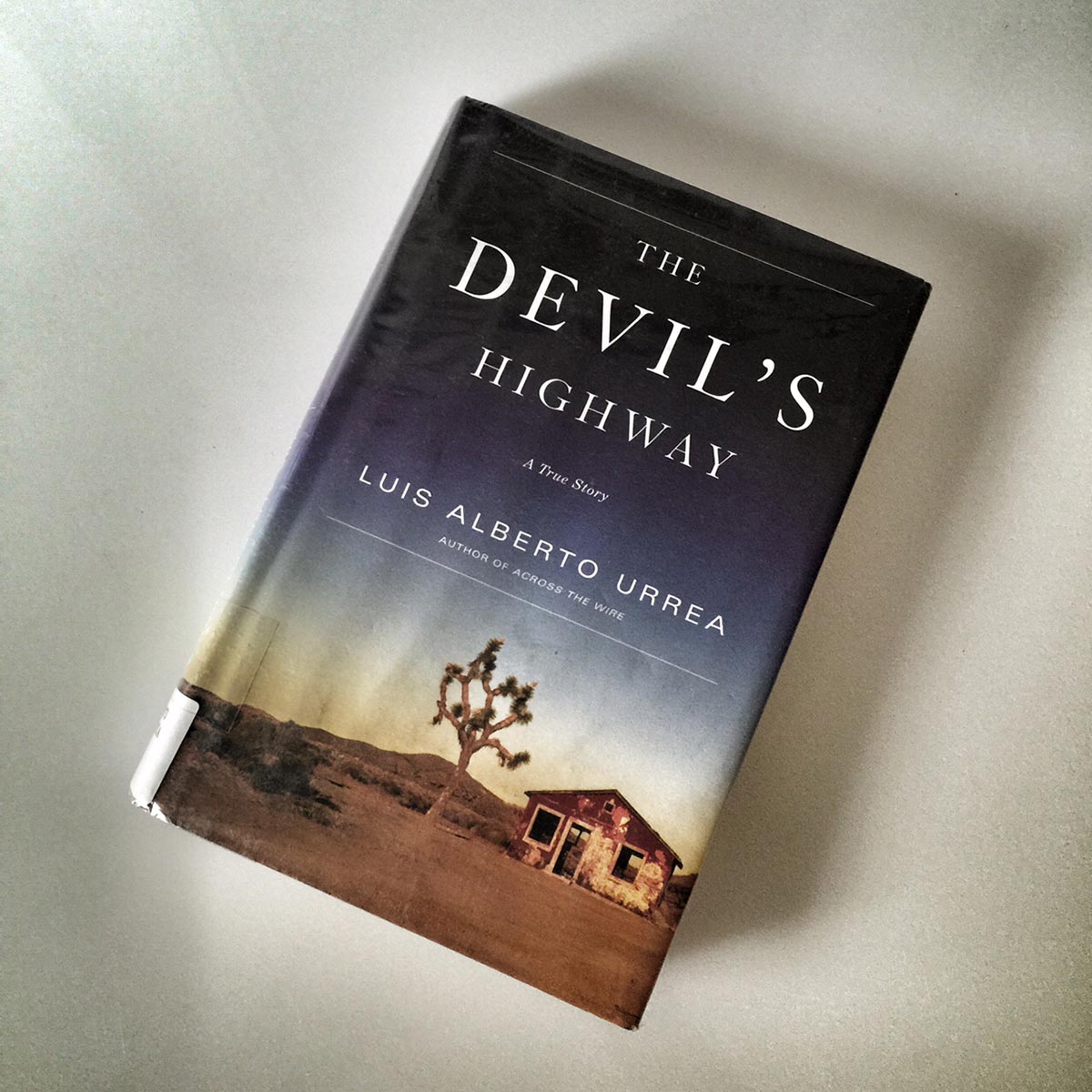 I dare you to try and read this book without crying. I’m a total badass, so I could do it, but most people will burst into tears by about chapter two. As an experiment I explained the plot to my wife, as we were on vacation, so she was really happy and relaxed and totally unsuspecting of my awful plot. She burst into tears, which was my goal, but it backfired on me because everyone else at the pool thought I had done something terrible to her. I deserved it. A stupid idea, but something I am prone to do. This book by Luis Alberto Urrea is short, fluid and builds like a storm coming, a storm you want to avoid but one that you will know will consume you in the end. The book traces the history of a deadly stretch of land running through one of the harshest environments on Earth. “The Devil’s Highway,” running from Northern Mexico up through Southern Arizona, has been a major, human migratory route since the 1500’s, maybe even earlier.

These days, due to things like Operation Gatekeeper and Operation Hold The Line, both American Border Patrol Missions, the human smuggling network run from Mexico has been forced to search for more and more remote entries into Los Estados Unidos. Things are getting grim.

In 2001 a group of men tried to cross into the US via this remote and unforgiving stretch. Things went way wrong. Twenty six crossed over. Twelve came back. I get goosebumps just writing this. For any of you who have hiked and come close to running out of water, food, reserve, etc. you KNOW what this does to your mind, even when there is only a faint whisper of danger. Urrea tells us the story of who these people were, where they came from and who they left behind. The story is absolutely heartbreaking. From the breakdown in logistics coming from the “guide” network to the robbery of the helpless voyagers even as they were close to death, the book is a testament to desperation, pride, politics and the rule that nature always wins in the end.

A good book makes your blood boil, and this book did just that to me. F%$#$%$ injustice gets me going every damn time. But why does the border get so little treatment in American lives? Maybe it takes a celebrity making an attempt at a mid summer, clandestine border crossing for anyone to take notice? This book is a time bomb building strength with each passing chapter of border history. Go read it.