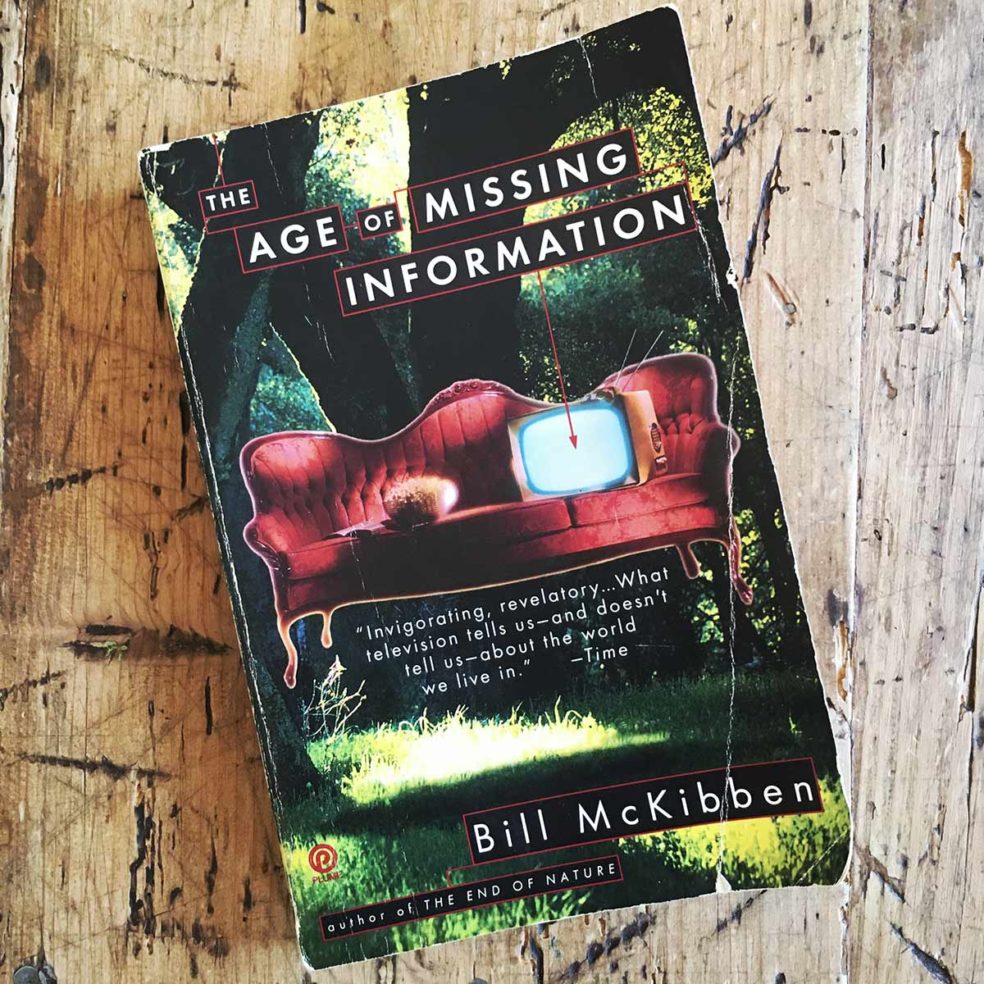 This is a fantastic book.

I almost didn’t reread this. I thought “This book is old and will feel dated.” I dove in anyway and I’m glad I did. Yes, this book is mostly centered on television, but all you have to do to make this even more current is to change “television” to “internet.” What Bill McKibben so brilliantly points out in this book is even MORE true of the Internet of today. The Age of Missing Information destroyed our notion of being “better informed” because of the power of television. This book is also hysterical because it so painfully shows us how insane our addiction to television really is, while also illustrating what we can learn by simply walking away.(The Internet is ten times worse.) He also references The Freak long before he became Commander in Chief, and the reference isn’t flattering, at all. The Freak has been a mess for a long, long while.

Get it, read it and be prepared to feel uneasy.