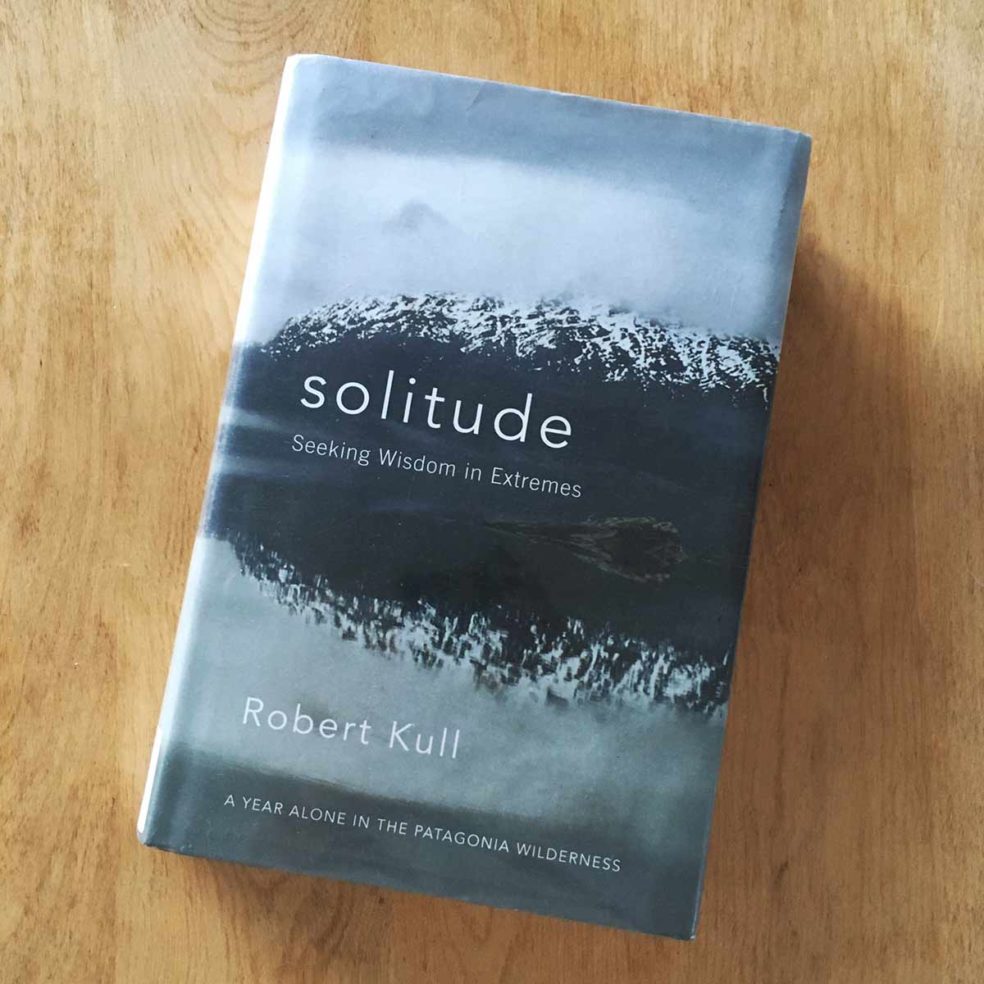 I am so conflicted about this book. That’s probably a good thing. Okay, this book has many layers but I’m going to butcher a short explanation here. Guy with interesting and varied life bounces around in the world, has deep encounters with remote and isolated nature, ends up losing part of a leg in a motorcycle accident, then finds himself in Canada attempting to achieve a PhD.

The project he dreams up is living a year in isolation on a remote island in the Patagonian wilderness. I know what you are thinking. Either, “No fucking way would I do that,” or “That sounds awesome, sign me up.” It is impossible to read this book without putting yourself in Robert Kull’s position, and here is where I tell you that doing so is a major mistake. The trip that Kull takes is beyond easy comparison, and once you begin to understand that living a year in isolation, in a truly harsh environment, requires sustaining yourself mentally, emotionally, psychologically and physically over a one-year time frame is a MASSIVE undertaking.

There were times reading this book that I really didn’t like the author. I even emailed my friend Sean who mentioned this book and blamed him for recommending it. But what I realized early on was that there was no Hollywood ending. There was no Instagram post of author sitting crosslegged in lotus, shirtless, waxing poetic about engaging with nature all the while sloppily promoting a discount airline so he/she can retain their “influencer” status. No, the island where Kull ends up is where all things phony go to die.(The world would be a far better place without all this nonsense.)

Solitude is written mostly in journal form, his is actual notes, but also has interludes to dive into certain ideas in more detail. There are photographs and video of portions of this trip, but I have yet to view any of it because I don’t want to. I have a mental image of his year off the grid and I want to keep it that way.

There are MANY morals here. But perhaps the most important thing I took away is that life is messy. As someone wiser than I once said “It’s easy being a Holy Man on top of a mountain.” But it sure ain’t easy in real life, even if you are alone in the middle of nowhere.

Something that both drove me crazy and also fascinated me was the supply list he took along for his one year out. A part of me was thinking “This is bullshit, he took too many things,” but again easy for me to say that here in the confines of my more than comfy house where I have year round temperate weather. His supply list shows the fragility of man in environments like the Patagonian wilds, and also reminds us that the physical side is only half the battle.(Maybe less)

Look, just organizing a trip like this, even if you DON’T GO is an undertaking. Solitude dispels the romantic notions, the idea of what something like this should be like and also puts in the print a few things the author had bravery in admitting. Honesty, a rare thing in our culture today. I think this book will haunt me and for that I have to say thanks.