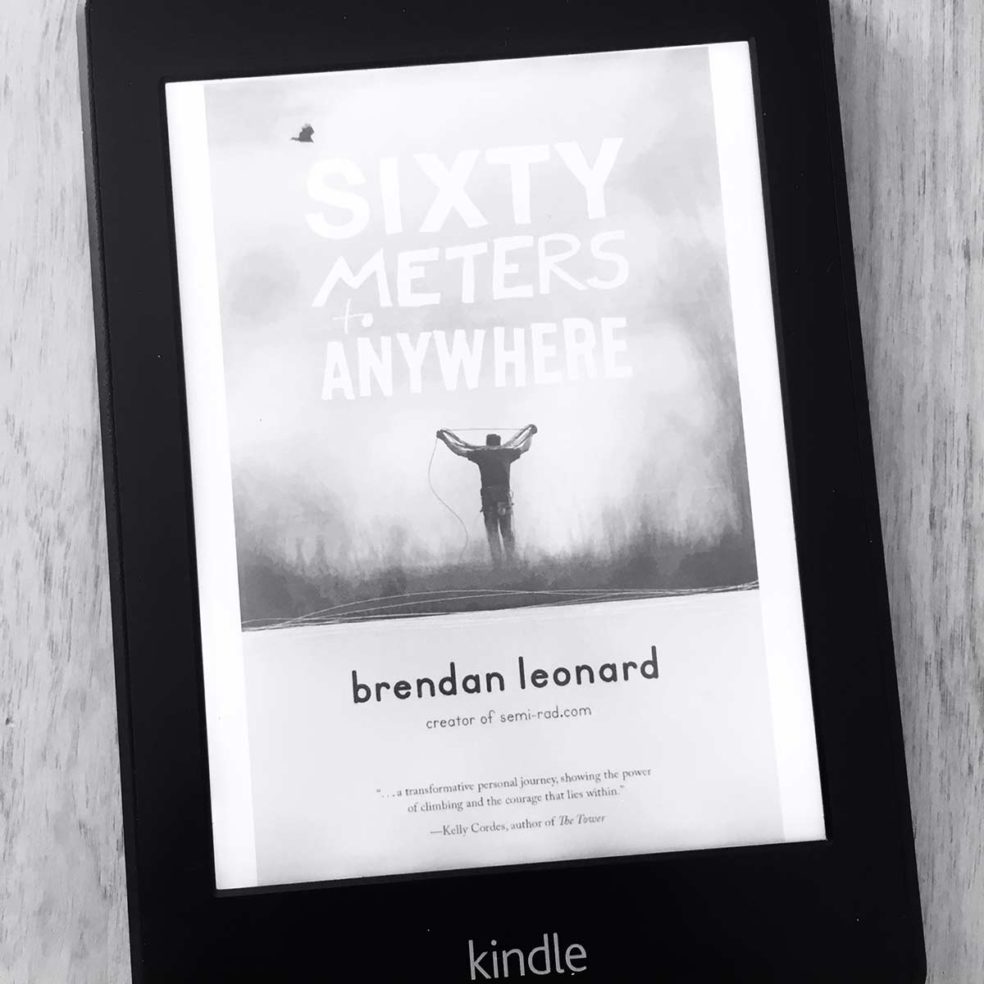 This is a quick read, but don’t let that fool you. A memoir. Good kid with bad problems does wrong, survives and attempts to make right. What pulls him from the edge of the abyss is family, luck, drive and his discovery of all things wild. Climbing too. As you might have guessed, I’m on a climbing kick once again. I took a nice, little, petite, small, short break of twenty-five years, but I’m back. A first visit to the climbing gym has left me with some busted up hands, but oddly enough I was WAY better at climbing now than I was all those years ago. It makes no sense, but I was. A membership and new shoes are on the way, but back to the book.

Sixty Meters to Anywhere by Brendan Leonard is a solid book about a story that might be more familiar than you think. Although Leonard used the outdoors, and climbing, to get where he needed to be, the rest of the story has a lot of common themes. This is sad, on one hand, but also real.

When we are confronted by a major issue we can fold up shop and quit or we can get done what needs to get done. Leonard gets it done, but also shares the difficulty in holding the line. I liked this book because it was personal and didn’t try to hard. In some ways the entire book was a confessional and that is not an easy thing to do. Get it, read it.