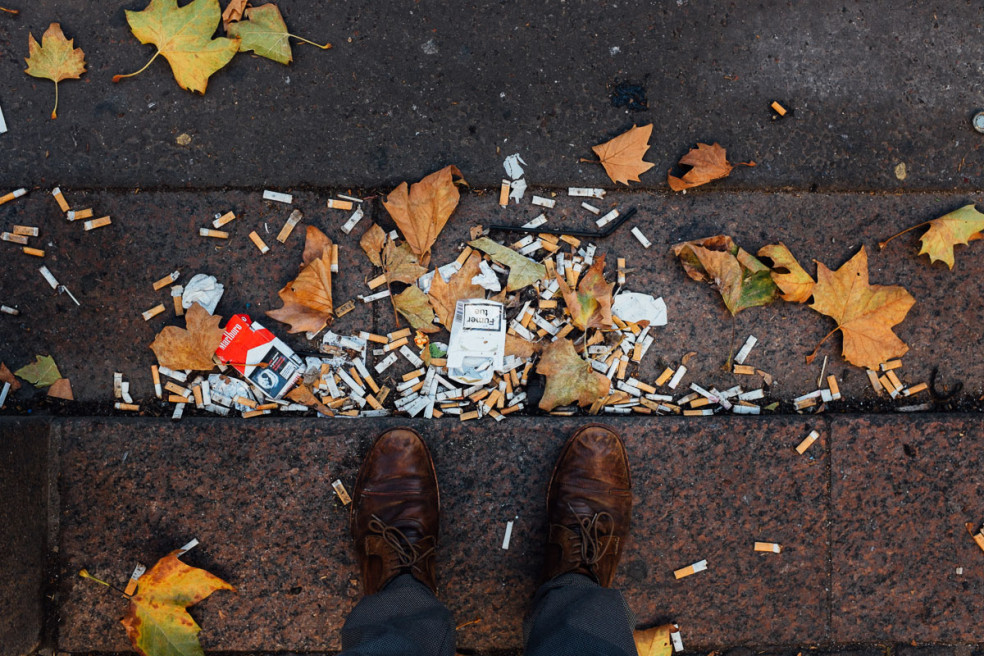 I smoked my lunch.

I’ve given myself a codename for this trip: “Cacahuete,” which I think is French for “peanut.”

So I came home late and decided to turn on the television in my rented apartment. Just out of morbid curiosity. And there was “Predator” the Arnold flick from the mid to late 1980’s. Some people, the hyper-intelligent ones, consider this a classic, and who am I to disagree. Oh, did I mention it was in French? No, I don’t speak French, but because this is a classic I know the lines by heart. “This bush makes Cambodia look like Kansas.” In case you weren’t sold on the “classic status,” how about that for dialogue. “Crap,” I thought, “There goes the next 1.5 hours.” And then you wanna know what happened? “Predator II” came on next. “S$#$,” there goes another two hours.” I forgot all about Paris, the church bells ringing, the line for ice cream below my window and the fact I was even in Europe. That’s the power of brilliant filmmaking.

The French have style. We all know this as fact. They commit. For example, if you are a man and your outfit for the day consisted of a long sleeve shirt, a heavy sweater, a leather jacket, a scarf and gloves, but the weather was actually 75, humid and sunny that’s TOTALLY okay, but you NEVER take those items off regardless of how hot you must be. If you end up carrying anything, or GOD FORBID you tie your jacket around your waist you might end up looking like someone from Wisconsin. Sorry Wisconsin. Today I was on assignment. No, not for Paris Match or Le Figaro or anything journalistic. No, I was on assignment for Blurb and the destination of the day was “Salon de la Photo.” Now, I just love saying this title. “Salon de la Photo” over and over again. In fact, I was doing it on the street and changing the accent “SALON de la photo.” “Salon de la PHOTO.” And then I started wondering why people were looking at me. I stopped, but now I’m doing it again. The title makes it sound like something velvety with a little risk but it’s a trade show. Calm down trade shows and France, I’m not saying that in a bad way, just a serious way. If you have ever been to a trade show you know what I mean. The vendors that hawk their wares at these gatherings are the ONLY people keeping the professional photography industry afloat. The dwindling number of professional photographers certainly aren’t, so the torch has been passed to the equipment suppliers and technology specialists who make the things we can’t stop buying. The funny thing is that they aren’t selling to the pros really, at least not at the scale of yesteryear. They are selling to the consumers who can afford the stuff and who number in the hundreds of thousands. In turn these people are getting more and more of the jobs that used to go to pros. It’s the new math!

Now, if you want to know a secret I’ll share something with you, but you can’t tell anyone. You wanna know what the people working the trade shows are thinking from the moment it begins? “Get me out of here.” Trade shows are a GRIND. You wouldn’t think so but working trade shows is incredibly tiring. I used to retreat to my hotel room at 5:01PM and not talk to anyone until the following day. Now, I have to say, the French have a much higher base level in comparison to shows I’ve attended or worked in other countries. Yes, it’s all the same gear, but the food for example looked far better. Of course I can’t eat any of it, but those scarfing 18-inch pencil thin sandwiches looked entirely happy. And sushi. And burgers but they were real and not something formulated from pink slim and heat lamps. And the French had a grand section of books and a real exhibition space with real human beings actually looking at actual photographic prints. And the work being shown was actually good. Like it had been curated and someone said “You know, why don’t we actually show someone who can make great images as opposed to someone who sells a lot of gear but has never made an original image in his or her life.” Seriously, in many cases, the vast majority of people who attend trade shows might not shoot all that much. They are on the geeky side, but because of this there is a part of me that loves to attend because within this crowd there is ONE individual human trim level that I adore. The guy who wears all of his gear to the show.

I don’ know what to call these guys, and they are 99.9% men. They take their largest camera and largest lens and wear it around their neck. If they have two they wear them both. Today’s favorite was the guy with two Nikon dSlr’s, the massive ones, with a 70-200 on one and a 24-70 on the other, with hoods, around his neck. And he was a little guy, but feisty! These people are 100% about the gear and like certain organic particles they attract one another. “I had the 1.4 but the 1.2 really allows me to get that bokeh I need when I’m shooting my poolside glamour.” “How many fluorite elements do you like to keep ready?” “What’s your favorite HDR application and can I have it?” I’m making fun of these guys but they could be out juggling kittens, so I’m only half-heartedly slaying them. And from the trade show side, they are BUYING stuff, so power on Mr. Vest with Pockets.

Salon was well organized, clean, spaced right and had a good range of stuff. Books, exhibitions, magazines and row upon row of new things to make the heart beat faster. One poster I saw had a shirtless guy covered in tattoos wearing a black photo vest with a camera around his neck. No idea what that is about but it was worth the metro ride. On a side note I want to go back to the books. The space was divided between How-To/Tech books and books of actual photography or art books. I would guess the tech side will outsell the art side. The book that jumped out at me was a little Willy Ronis book. Small. Art books are HUGE for the most part, and the super huge books, most of the time, are a bit much. You can kinda feel the ego driving these things. First of all, who can carry anything like this around for any length of time? Even Arnold in his Predator days would have had trouble. Many of these books are over the top. Too large, too many pages, too much attempted perfection in the images and presentation. I think most of the people who buy these things use them as design elements, which is cool, but maybe not if consuming the work is your actual goal. What leapt out at me were the small books. And, kudos to the show for HAVING the book area because it was full of people.

Also remember, I attended my first photo industry trade show many, many years ago and have attended dozens since that time, so what seems like a gear fest to me is the thrill of a lifetime to many, and especially to those starting out. Every industry seems to have them. If you have never been, go. If you want or need to see new wares, go.

PS: I walked more miles today than I shot photographs. I think I made about a half dozen images all day. Believe it or not.