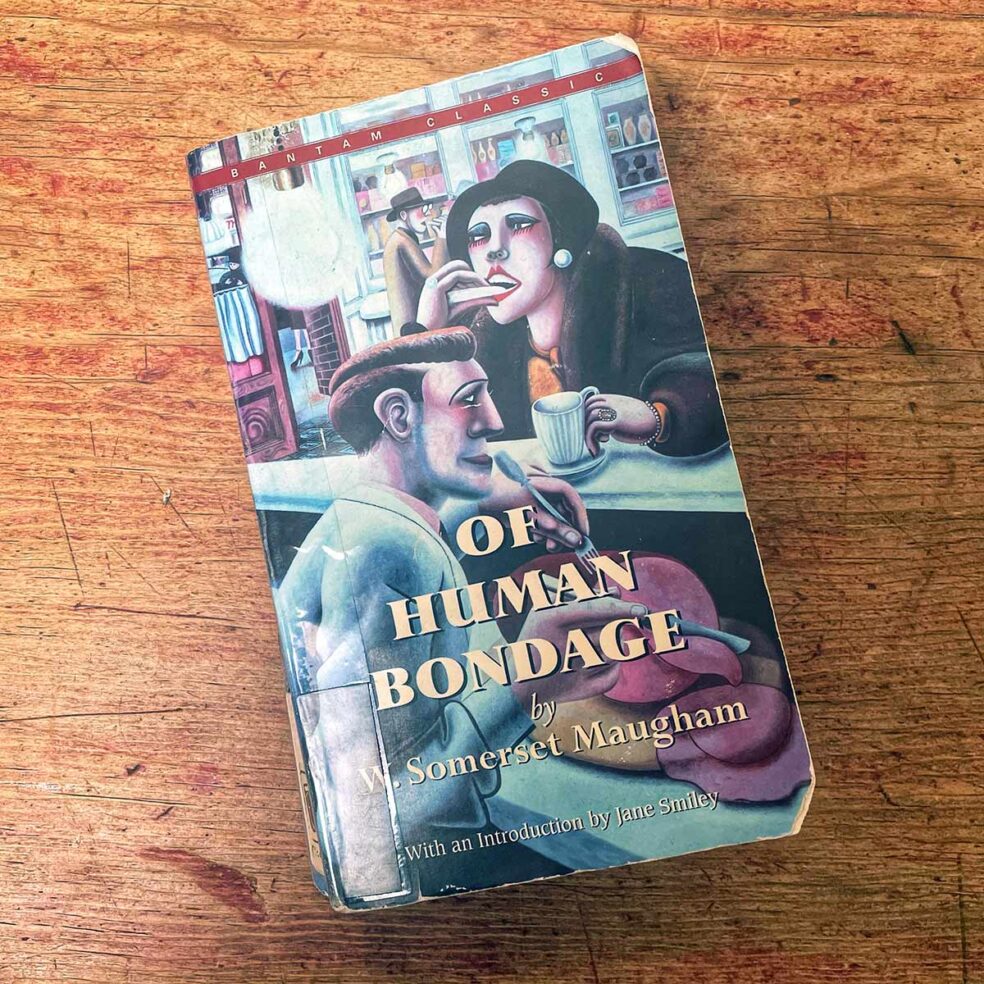 W. Somerset Maugham is one of my favorite authors and The Razor’s Edge is one of my top ten books of all time. In fact, I have friends who randomly send me text messages asking “What would Larry do?” which refer to the main character in The Razor’s Edge. But I had somehow managed to miss Of Human Bondage which is really considered the masterpiece of the Maugham catalog.

I am not going to say I enjoyed this book more than TRE but it was masterfully written. I would call TRE a book of spiritual hope and possibility while I would call Of Human Bondage a book about cruelty and the games humans play with one another. The book does end on an uptick but man does one have to endure up until that point.

I started out feeling bad for the main character and I felt the same way seven hundred pages later. I have to admit this was a book I had to endure more than enjoy. Having said that, I’m truly glad I read it. It actually informed me more about TRE. And, my vocabulary got a workout. A club-footed boy burdened by tradition and location who feels the near-constant stab of slight failure who eventually endures and overcomes.