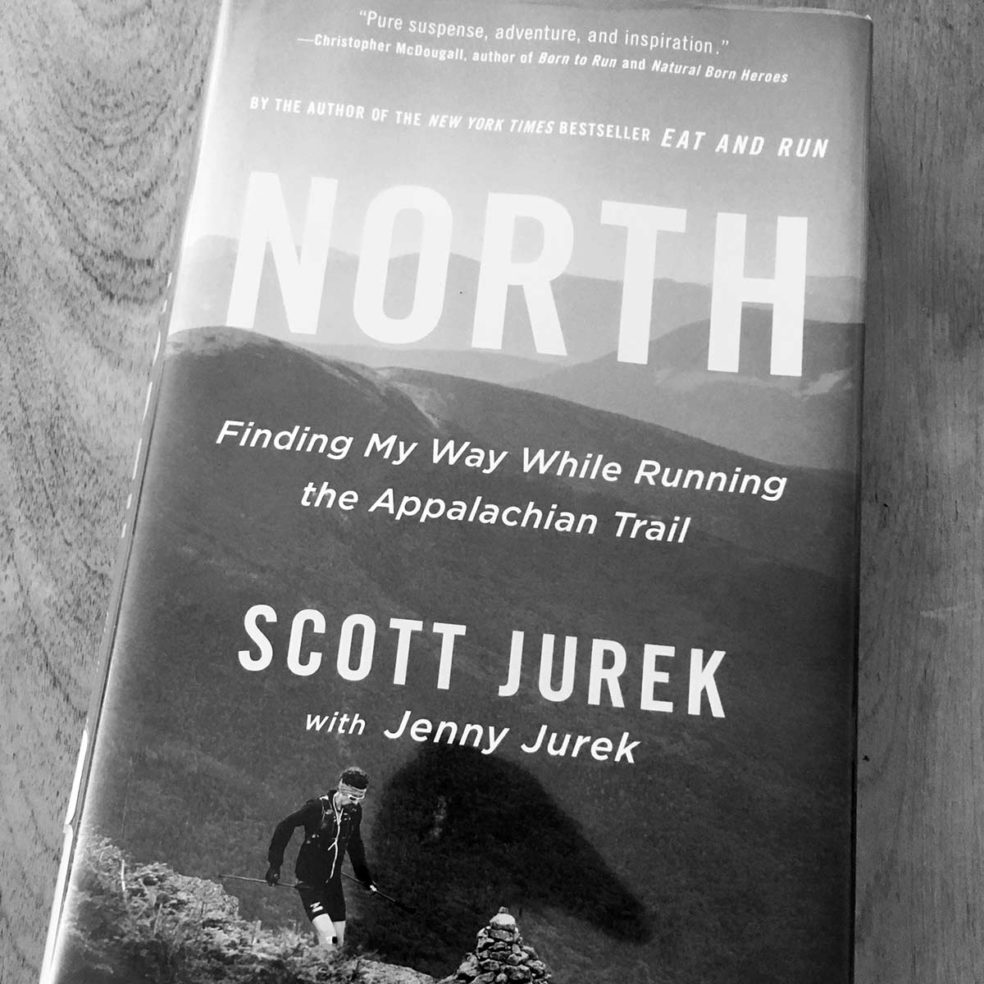 Scott Jurek is an ultrarunning legend. Seeing as I know nothing about Ultrarunning, I’d never heard of him. He’s won everything that “these people” want to win. He decides to go after the speed record on the Appalachian Trail, which if you don’t know, is a trail that runs most of the length of the Eastern United States. Just know it’s long and it’s difficult. People take months to complete it. Many fail.

Jurek is insane, like most good athletes. If you are interested in endurance sports I would recommend North. If not I would recommend a book about the history of the trail instead. The trail is a remarkable thing, as are the Continental Divide Route and the Pacific Crest Trail. I’m guessing in my lifetime they will all go away, at least to some degree.

There were parts of this book I loved and parts that drove me crazy. I did love that Jurek and his partner bought a black van to use as basecamp, something I’m thinking of doing as well. I loved his tenacity, which went above and beyond any normal human. I loved his friends who came in support. What didn’t I like? Well, as with most modern things, it’s complicated. Apparently, there’s a feud between through hikers and runners, or speed record people, each choosing to attack the trail in their own way, but Jurek decided to wear a GPS tracker and open up his adventure to The Internet. In my opinion, this was a big mistake. Now, I get why he did it. There are TONS of people on The Internet who will troll anyone and everyone who attempts something like this, and the easiest thing to say is “he cheated.” There were even people stalking him on the trail to try and catch him cheating. And there were even people trying to claim he wasn’t a true vegan. You know, all the completely and utterly stupid shit that happens when you open ANYTHING to The Internet. And what is it about the damn vegan thing? So you are or you aren’t. Again, who gives a shit?

I think he should have just gone. Screw everyone else. Screw The Internet. Screw skeptics. You just go, hammer it out and forget about who knows, who cares, who thinks what. He and his partner and circle of friends would have known and that is really all that matters. By the way, he looked like a corpse by the end of this baby. Digging deep doesn’t quite go far enough in describing his commitment. You have to tip your hat regardless if you like his style. And if you are honest with yourself, at some point in your life you did something equally as brave/stupid. Heck, I’ve done the stupid many times. Proudly.

Also, something that hit home for me. His biggest fear? Hillbilly love? No. Bears? No. Getting lost? No. TICKS and LYME. He got three tick bites and took meds after finishing, just to be sure.

In the end, it’s about adventure, and I say go for it.