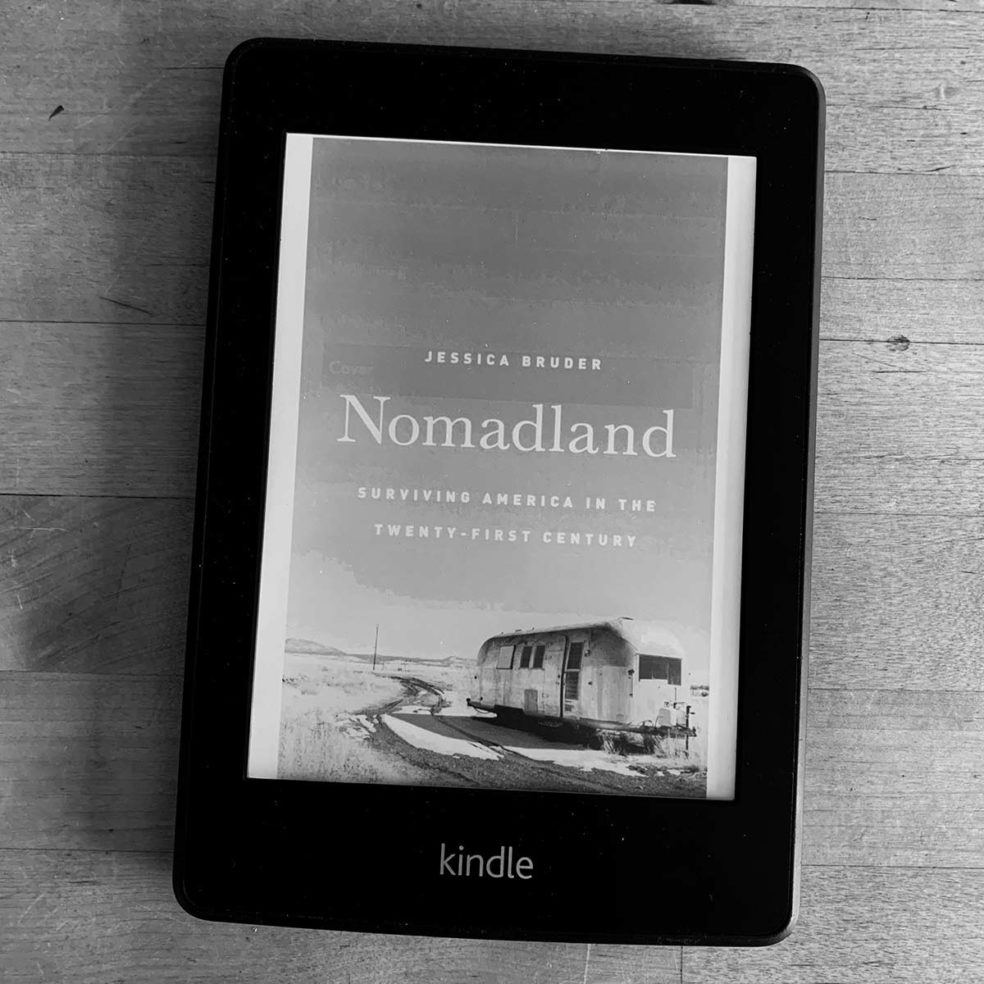 Yes, there is all kinds of phony shit regarding hipsters and van life. In fact the hashtag #vanlife went on to become something of a phenomenon. But, most of it is total bullshit. However, there is a rapidly growing segment of the population here in the gold old US of A. The “houseless” community. Many are living in RV’s, vans, trucks and a motley collection of other vehicles. Many are over sixty. Many simple can’t make ends meet in the traditional sense. House, car, debt. Jobs end, careers are destroyed, the rich get richer and the masses in the middle begin to feel a tighter and tighter squeeze.

This book is a lesson in foreshadowing, in addition to being a really solid read. Now, for me, it hits home even more because I’ve been to many of the places featured in the book, and I’ve met some of the same characters. Not literally these exact people, but many just like them. This book is both incredibly sad and also inspiring. The book is also a reminder that our digital culture, digital shopping habits and dance toward the abyss all have powerful consequences. Consequences that are being felt RIGHT NOW. Many of us are closer to the void than we want to admit or even ponder.

Jessica Bruder’s “Nomadland” “Surviving America in the Twenty-First Century” is a cautionary tale, in a variety of ways, but it’s also a book about the resiliency, faith and making the best of a situation that isn’t optimal. Get it, read it.