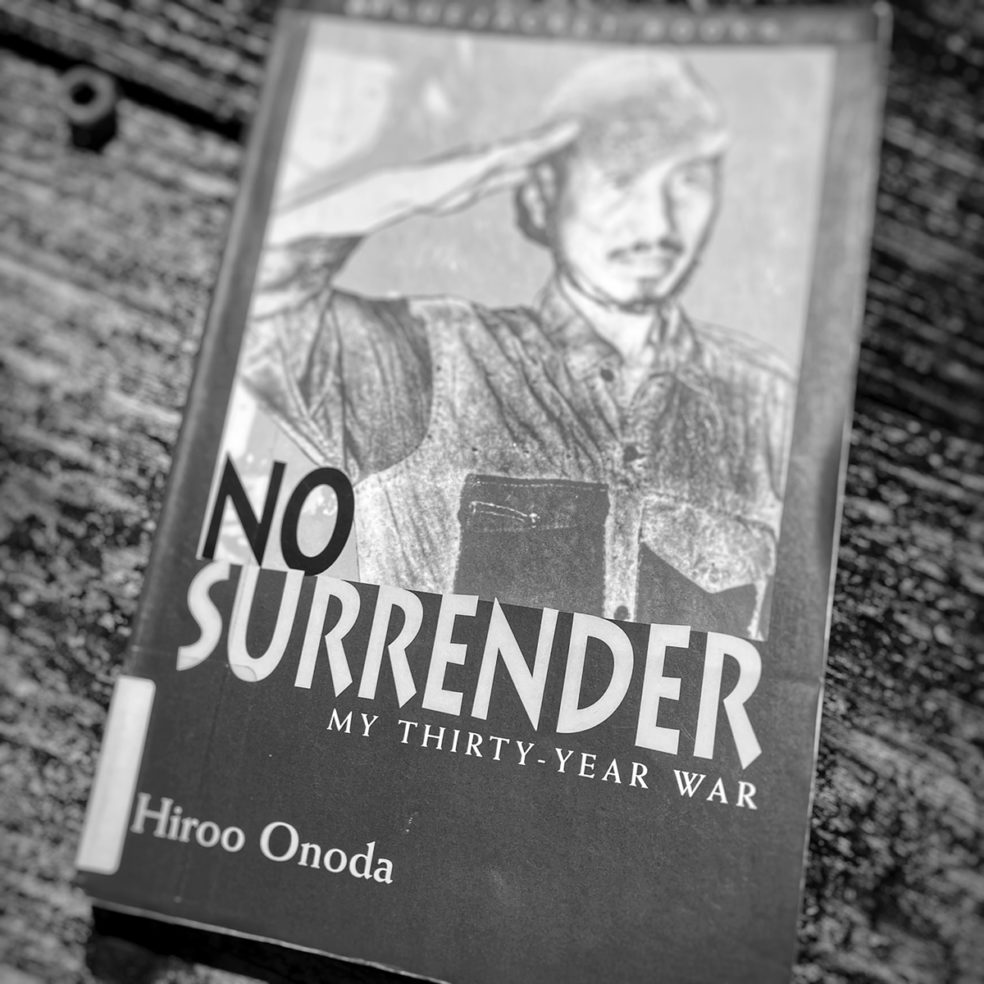 Onoda and a tiny band of fighters were assigning an island in the Philippines during the second world war. They were isolated and uninformed and when the war ended they simply didn’t know. Over the years Onoda and his band grew smaller and smaller. They watched as the island changed, the islanders changed, the ships arriving and departing changed, materials and foods on the island changed. With a stolen short wave radio they learned of global changes. And yet they stayed and fought on.

The locals and outside governments tried to get Onoda to surrender but every method they attempted was viewed as war game trickery by Onoda and his crew. Newspapers, delegations, family members, letters, flags planted on the island. Nothing worked. Onoda was all in on fighting for his cause.

“No Surrender” is a remarkable yet simple book told through Onoda’s first-person account. If you want to know about fortitude, isolation and the will of the individual then look no further than this book. Most of us, including me, wouldn’t last more than a month, especially knowing that everyone else on the tiny rock wants to kill you.