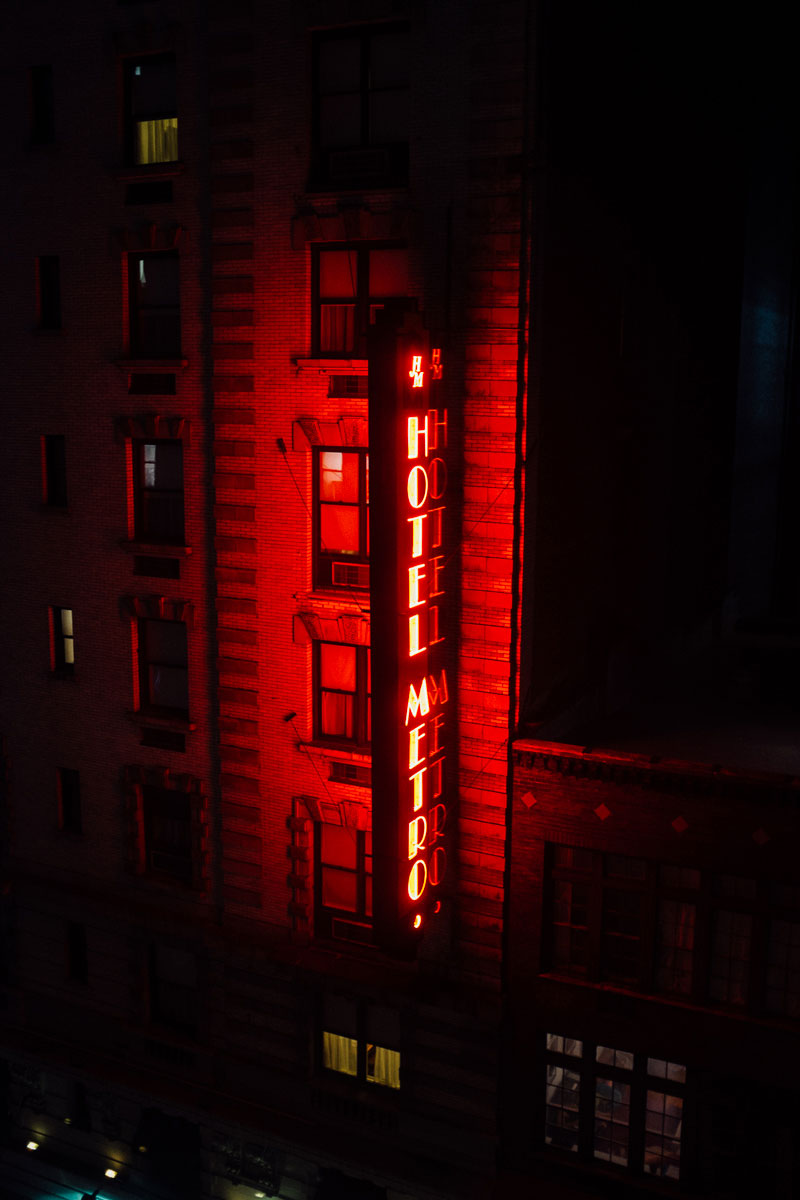 A bit rushed today folks. On the move again. Yesterday was a long day. The New York launch of our massive project The Lost Rolls. The day started early for me, with the glow of the neighboring hotel. So, I wrote a quick recap for Blurb, a bit sterile, but I don’t have time to write anything else so you are getting it too. “Nothing in New York EVER fills up in nineteen minutes,” the stranger whispered in my ear shortly after the doors opened at the NYC launch of The Lost Rolls, a collaborative project between photojournalist Ron Haviv and Blurb. “This is incredible.” The event went down deep in the heart of Hell’s Kitchen at an interactive, programmable space called Lightbox, a place we discovered while searching for an actual, old-school, analog lightbox. After months of preparation, planning and focus the Blurb team descended on NYC to bring to life this epic project. The Lost Rolls focuses on the discovery of 200 rolls of lost film, exposed by Haviv over twenty-five-years of his career, and the accompanying publications, book and magazine, which cement the legacy of the project in print. Doors opened at seven and we held our breath wondering if all 500 people who RSVP’d would actually show up. The night was balmy and a light rain fell. Within minutes the great queue began. (I was inside so I’m imagining this, but play along.)

Walking into Lightbox attendees were checked in and then proceeded down a narrow hallway lined with deep blue lights creating an anticipatory glow leading to the main exhibition space. Inside the main space were walls programmed with massive projections of both the imagery as well as spreads from the book. The show was animated with bleeds, fades and movement as DJ Terry Urban played music to accentuate the imagery. Guests were greeted with food, drinks and a table where they could view and purchase The Lost Rolls book, magazine and even the limited edition box set created by Oakland bookbinder John Demerritt. Early in the night I was able to make a few announcements and introductions as well as lead a short Q&A with both Ron Haviv and W.M. “Bill” Hunt who contributed an essay to project. These two gave insight into the background of the project and the hope that The Lost Rolls grows into something larger and for the public in general. Eileen Gittins, founder and CEO of Blurb, spoke about the important of photography and publishing. Also in attendance were editor Robert Peacock and designer Roger Gorman.

The feedback received was overwhelmingly positive, not only to the event itself but also in regard to the book, magazine and even Blurb’s ability to throw a party, which is quickly growing to legendary status.

An atypical project combined with atypical publishing evolved into an atypical exhibition, further proving Blurb’s ability to provide a fluid, personal, one-of-a-kind platform for creatives who are willing to walk new paths into the future of publishing.