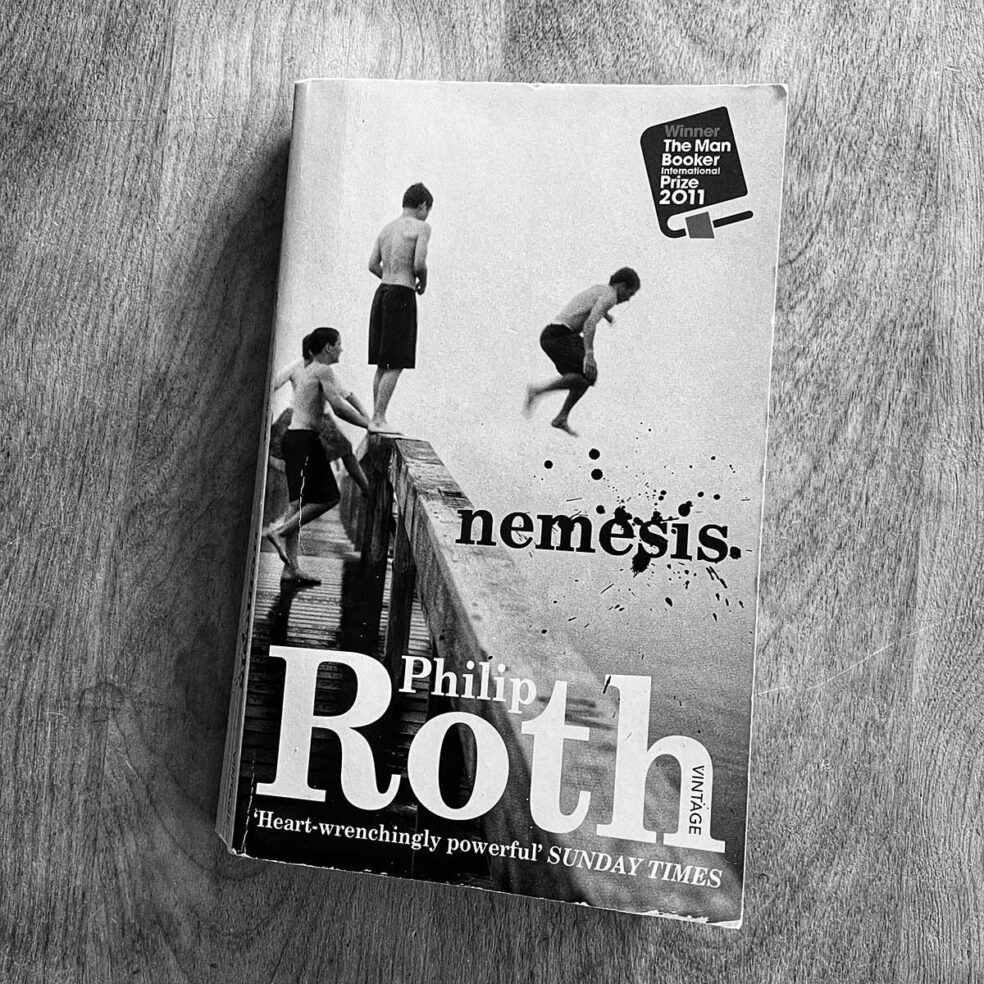 A timely read to say the least. Newark. 1944. Polio outbreak. And the impending fear and uncertainty that accompanies something the experts know little to nothing about, namely how polio spreads. Philip Roth has won everything. Pulitzer, National Medal of the Arts, The Gold Medal in Fiction, the National Book Award, the PEN/Faulkner, and why not throw in the Man Booker Prize for good measure. This means he is really, really good. No idea how many likes and subscriptions he has.

Nemesis is a short read with no fat. Story, character, and consequence. What more do we as readers need? Imagination? Okay, I’ll give you that. This is considered a short novel, which tells me it just might be more difficult than a longer read, but what do I know? I write blog posts.

What I loved about this book was how quickly my attachment to the characters and place began. I felt like I was there, on the playgrounds and at the summer camp, while knowing that the end would not be pretty and my attachment would come with a penalty of sorts. I’m saying to get it, read it, but my guess is this would apply to all Roth books.