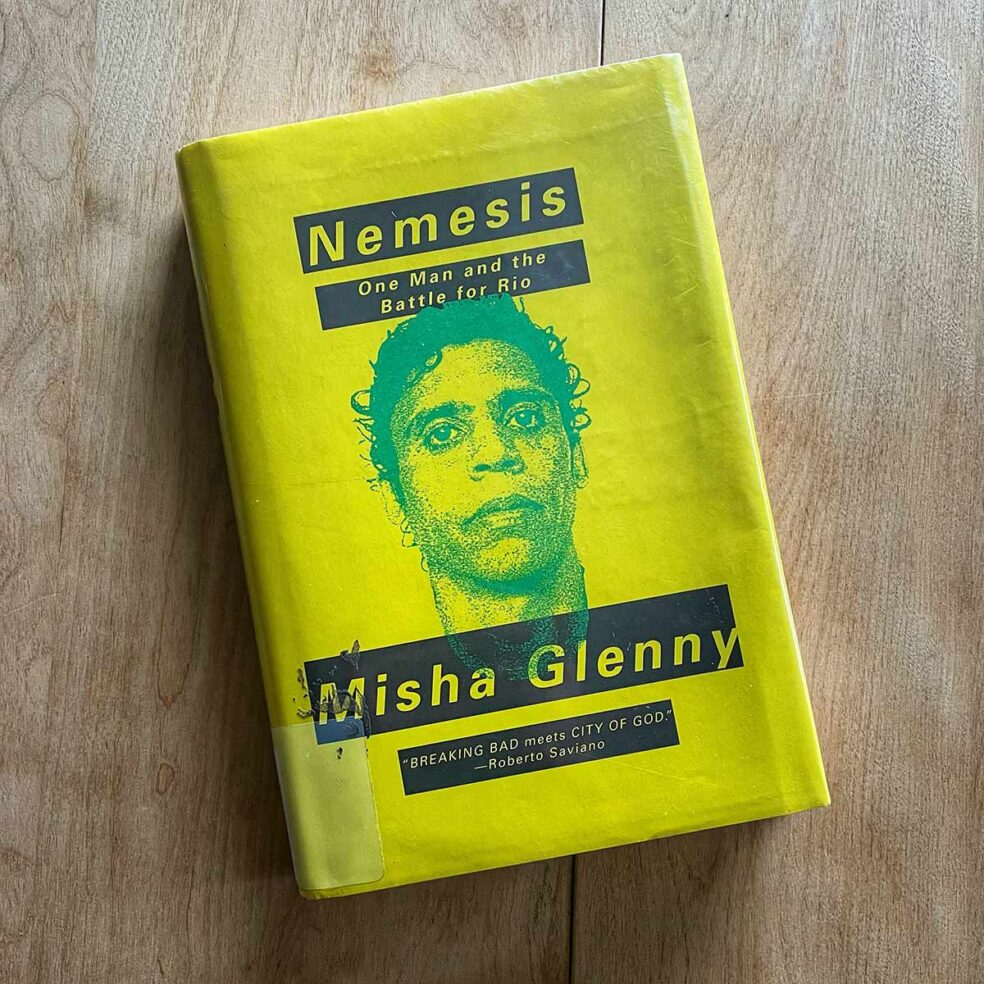 In 1987, when I was eighteen years old, I stepped off a Merchant Marine ship into the overwhelmingly visceral streets of Rio de Janeiro. For a kid from rural America, the scene was like the cocaine flame in my bloodstream. (R. LaMontagne)

For safety, we traveled in packs and the first night ended up in a bar that happened to be a sex bar. We didn’t know until the action started on the floor next to our table. Women in cages danced suspended above the floor. At a back table, a group was doing cocaine and got rowdy and began to harass the man trying to perform. Very quickly our little group was in the middle of a drug-fueled, naked brawl. I was in love with all of it and I knew then and there that Latin America had my name on it.

But truth be told I was just a dumb tourist trying not to do anything that would get me in real trouble. (One of my roommates on the ship disappeared a few days later.) Entering the harbor in Rio we came face to face with our first favela which was unlike anything I’d ever seen. Dense, colorful, and like a blanket wrapping a hillside edged by tropical forest. We were warned by the military to not enter the favela for any reason whatsoever but I found myself fixated on these incredible spaces. We did what tourists do, mainly to get out of duties on the ship, but whenever possible we would stare at those favelas and wonder.

Misha Glenny brings us “Nemesis,” and my wonder, all these years later, is a little less cloudy. This book tells the tale of a variety of folks but the central figure is “Nem,” a young Brazilian who through hard work, intelligence, and luck of both the good and bad flavors, becomes the head of a famous Rio favela. He also happens to be running the drug business which as we all know never ends well.

Glenny dissects the history of Rio and the favela into small, multi-year segments. From vibrant and safe, close-knit community to all-out gang war, militia war, military war, and even on to the taking of hostages in a tourist hotel. All throughout Nem learns how to survive. He tries to do right but the system and structure are like a sucking void he knows he can’t outrun.

Whether you know Rio or not you can learn a lot from this book. Brazil is a powerhouse of a country, and yes has some serious issues – says the American – but it is unlike any place I’ve ever been. Get it, read it.