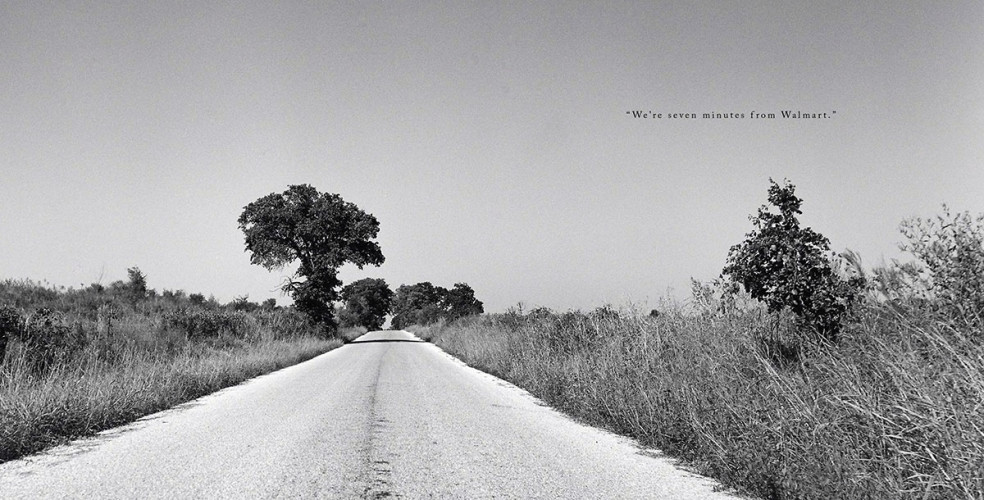 Tonight is the NYC launch of The Lost Rolls and we are gearing up for a full-on deluge of artistic humanity. The book and magazine are alive and on sale and the fruits of the last few months will be on display in digitally projected form. It’s finally happening. So to return to MY lost rolls I wanted to continue my series about Paradise, America. From the Lone Star State. I remember this little trip because I took my mother with me. I THINK this is the only trip in 25-years that she tagged along, which is absurd now that I think about it. Paradise Texas was a fantastic shoot, not just based on the photographs, but the experience. People in Texas are incredibly nice, especially compared to say…Southern California. It’s not that SoCal folks aren’t nice, but Texas folks, especially those in rural parts, are very cool and open. They might look at this city boy a little funny at first, or toss a little suspicion my way, but that quickly fades and the stories come out. I think this particular town represents one of the massive changes which have overtaken the human population on Earth. Migration. Country to city. Factories and opportunities that once flourished in places like this packed up and moved to town. So did much of the population. What remains can be grand or depressed. But, there is NOTHING like small town life for knowing your neighbors and being a real part of the community. You just have to choose your community wisely. I look back on this now and think about what it would be like to get in my recalled, diesel “Hell-Car” VW and revisit. With mom of course.