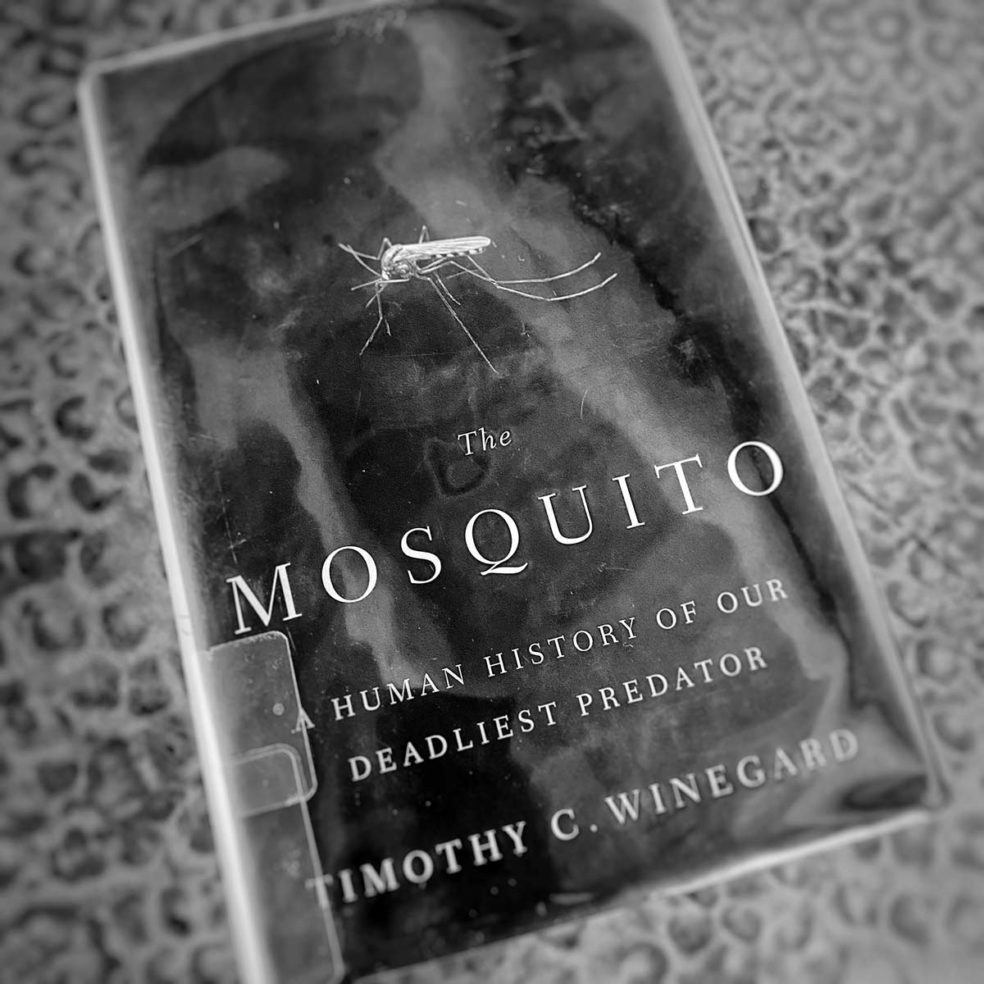 There was so much buzz about this book. Get it? Okay, I’ll stop. I did not read all of this book but not because I didn’t want to. I had to return it before I left on a trip. This is an incredible book that is about the mosquito but it is also about how this tiny pest is responsible for the deaths of over fifty-two BILLION people and is, by far, the most virulent adversary our species has ever known.

Timothy C. Winegard’s “The Mosquito,” goes back to the dinosaurs then winds its way through a disease-ridden human history. The short of it is, I had no idea. Zero. None. This is a somewhat dense book but it’s so well written it just flows. Did you know that eight presidents had malaria? I didn’t. Did you know the mosquito is responsible for the end of Alexander the Great, Caeser, George Washington, Ghengis Khan, and many, many others? Yep. The mosquito influenced religion, finance, food, wars and much more.

I LOVE books like this because they make me feel like I know NOTHING. Just the history lesson alone was worth it. Get it, read it.