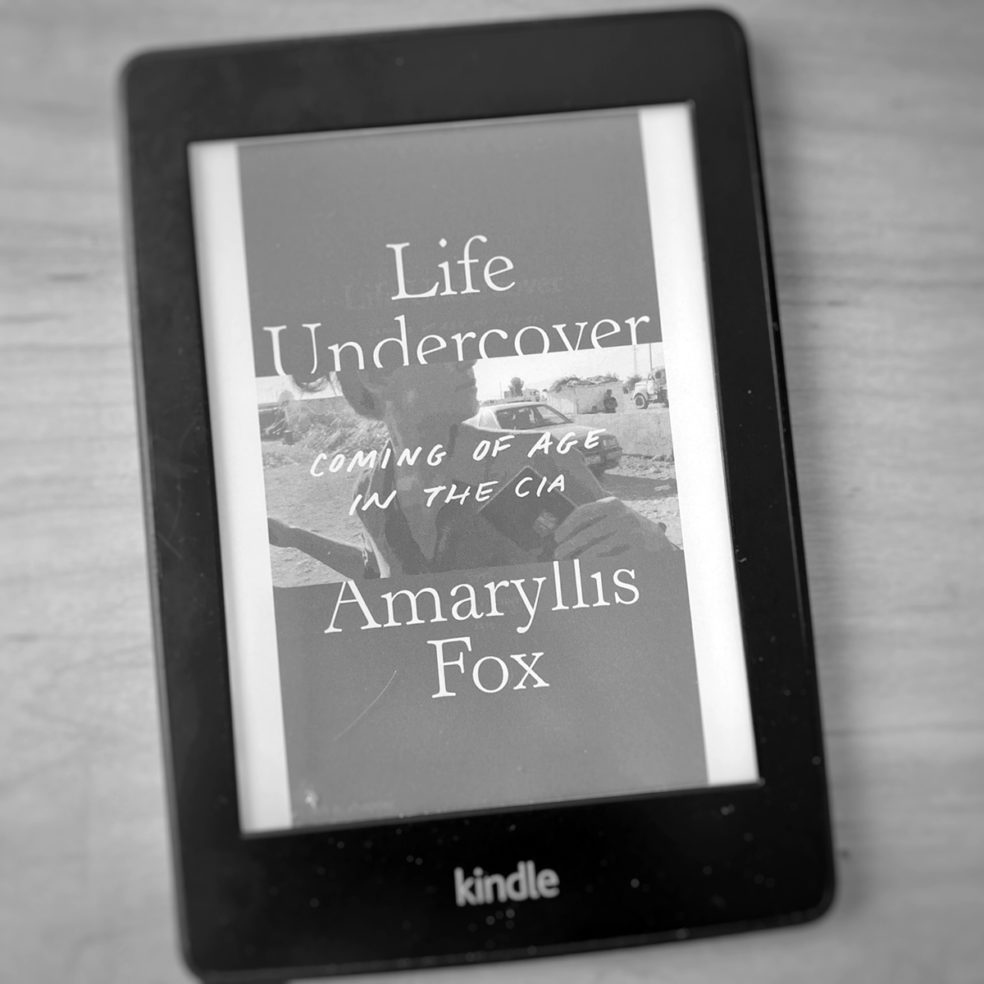 When I was in high school, a friend of my father’s tried to recruit me into the FBI. He was a former agent, also named Dan, and said “You are perfect for this.” For some reason, my pitch back to him was “I was thinking CIA.” I distinctly remember his answer. “If you end up in the CIA, you will find yourself in a hotel in a coastal city in Brazil overlooking the port and your only job will be to take note of every ship entering and exiting the harbor…for YEARS.” But, after my plans for being a geologist and competitive shotgun shooter went sideways the day I found photography, well, the rest is what you know now and I’ve had almost no contact with either agency.

Amaryllis Fox on the other hand did not get dissuaded and her “Life Undercover,” is the story of why and how. First off, I loved this book. Fast and hot. Her childhood and family scenario set the table for a life of diplomacy or agency work. Intelligent and talented, recruited and secured. And Fox wasn’t an office worker, at least not for long. She was undercover and totally under. In other words, in serious danger if discovered.

Fox was assigned the task of attempting to purchase and secure dirty bomb materials left floating after the breakup of the Soviet Union and the arrival of the major terrorist networks. Posing as an art dealer she goes above and beyond into the dark and unsavory worlds our species loves to invent. Get it, read it.