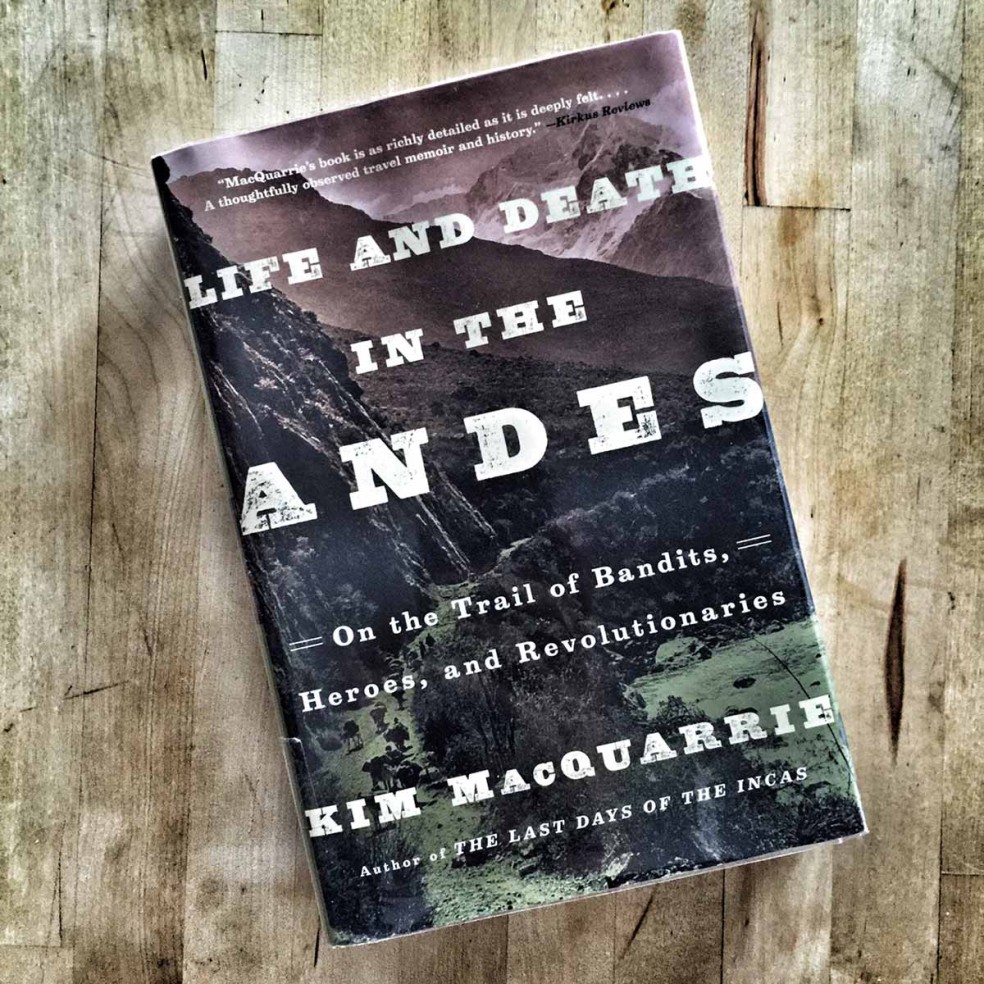 This is a fantastic book. Read it.

Certain people have a writing style that is as easy to consume as real gelato. Smooth, creamy and fattening in all the right ways. The problem you will have with this book, especially if you love Latin America like I do, is that you will want to drive to the nearest airport and head south. Kim MacQuarrie gives us “Life and Death in the Andes” and with it a journey of Andean proportion. Each chapter tells both the personal story of MacQuarrie as he travels from Colombia south to the tips of the tips of the end of everything, while also revealing the story behind legendary figures who roamed the same parts. Pablo Escobar, Che Guevara, Charles Darwin, Butch Cassidy and the Sundance Kid. Part history book, party travelogue, part experience, this book was one I blazed through while feeling like a total slacker for not doing more. Damn. It happened again.

Below are a several quotes I found interesting.

“It’s not solely about weaving and making money,” she says. “It’s about staying in one’s own community, it’s about bringing alive traditions of all types, including languages. It’s about relearning things that have been lost in agriculture and arts. It’s all of those things. What we do is not going to make anyone rich–but what we do is rich in traditions, rich in knowledge, rich in art.”

Linguists estimate that between 50 percent and 90 percent of all the languages presently spoken on Earth will disappear within the next fifty years. “Languages are not simply vocabulary lists or sets of grammatical rules,” says anthropologist Wade Davis, but “old-growth forests of the mind.” Languages are products of unique cultures, he says, cultures that reflect “different ways of being, thinking, and knowing.” When a language goes extinct, it “reduces the entire range of human imagination.”

Also, included below is an image of me in Peru. Three guesses where I am and the first two don’t count. I put this in not as a way of showing you where I’ve been. I put this in because I stumbled across it while looking for something else. My entire life now is broken into two categories. Pre-Lyme. Post-Lyme. This image was pre-Lyme. Man did I look healthier than I do now. Skinny. But what I love about this image is the shape of my back. I am literally a human “S.” No wonder my back hurts. Anyway, the Andes are one of the world’s most intense and expansive creations. I’ve seen just a sliver.