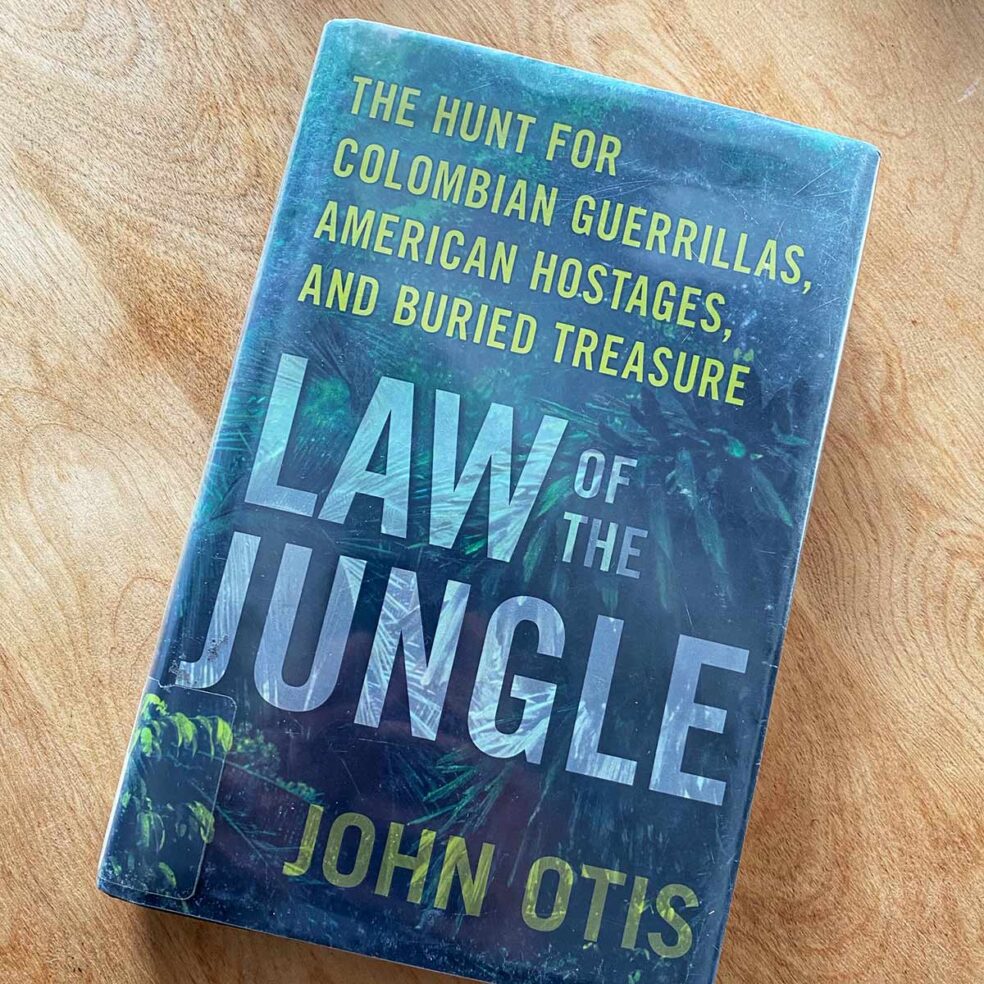 Yes, this book is about Colombia, the FARC, buried treasure, and American hostages, and it’s very well done, but that is not what I’m going to tell you about this book. Just get it and read it for yourself.

What I want to talk about is journalism. John Otis, the author of “Law of the Jungle,” is a print journalist, a strange creature dedicated to telling stories with words on the pages of print publications. You could also, sadly, think of this type of person as an endangered species. This means we are all worse off. Print is the backbone of actual news, at least in my mind. The fact-checking alone put this style of delivery in a class by itself, especially when compared to something like television news. (Read Draft #4 if you doubt the level of fact-checking that goes into print media.)

Yesterday I had a Trump supporter tell me they were so surprised to hear that C19 was still raging through their state. They further explained that the local news used to run daily statistics but had stopped and they were puzzled as to why. I said, “Well, you live in a red state, run by a governor who is a Trump sycophant who is hiding all real-world reporting on the virus because it makes them look bad, not to mention your local news is owned by a right-wing organization that has no interest in delivering you actual data.” Clueless silence on the other end…….

John Otis was able to do this book because he lived in Colombia and he reported from Colombia. (Thank you Houston Chronicle.) This book is based on over 150 in-person interviews and numerous in-person trips into the field and into the locations covered in the book. Locations mind you, that are no picnic. People like Otis are the reason I studied journalism.

This work now is more about history than anything else. A story like this got lost at the time and would get lost again today because it’s not sexy. This story is about endurance, conflict, suffering, nature, poverty, injustice, corruption, and geopolitical chess. All the things that Americans don’t seem to care much about. But Otis still went and William Morrow still published. Forgotten wars and forgotten stories. A marriage made in Hell, especially if you are a hostage.

One of the games I play with books like this is putting myself in the position of both the journalist and the subject. Could I write something like this? Not likely. Could I have endured as a hostage? Not likely. Especially when considering the fact they were held for nearly 2,000 days and the level of detail Otis provides only happens when someone is fully invested. Not to mention how “easily” the book reads.

On a side note, some of the photography was done by a friend. Another journalist, a camera-toter, who also spent years covering the daily strife of life in Colombia. We went to school together and once complete he headed south and dedicated his life to covering Latin America.

We act like losing real journalism is no big deal but it is. My guess is that the majority of us are better off in a world of fact vs a world of fiction.