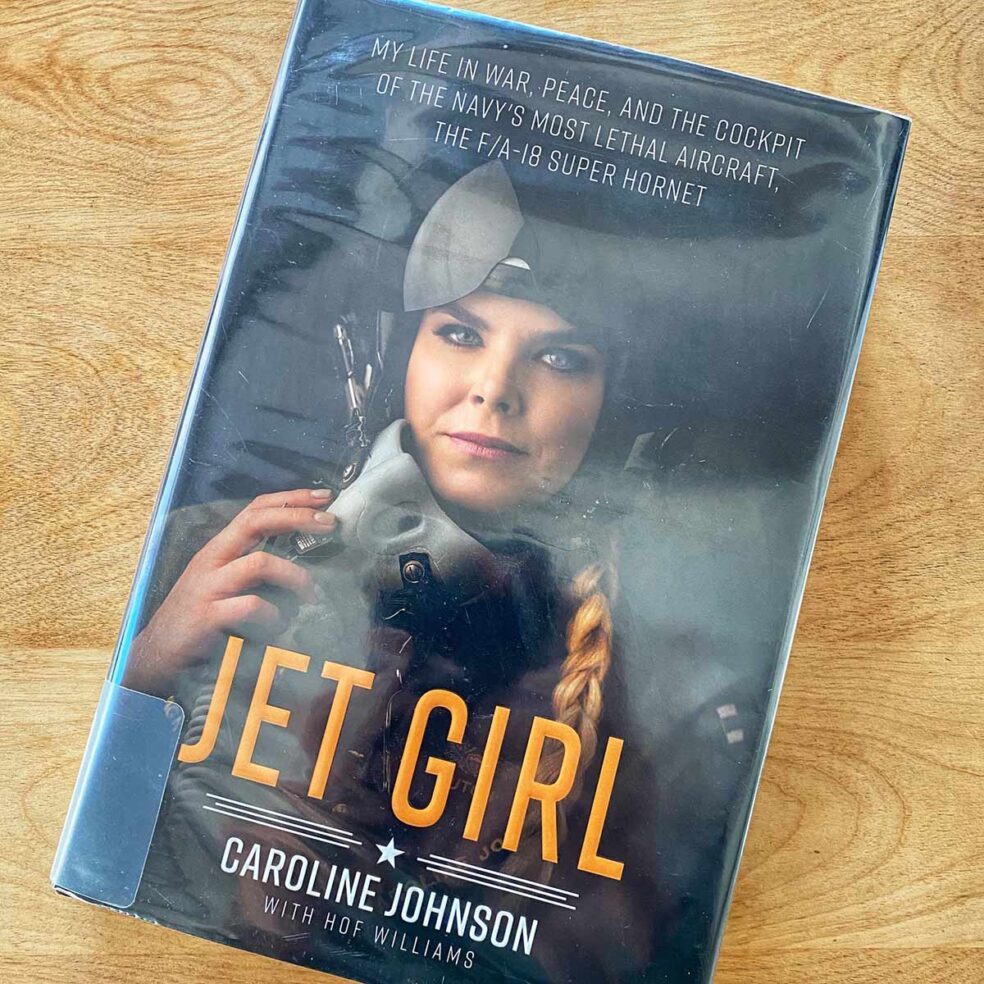 I have never served in the military. I did have a draft card, however, and what I remember about it was how nervous it made me. You see, I was born on the first day of the year and what I remember about the draft card was my number. 000000008. My thought was “Well if they pull from my year, I’m hosed.” So, not exactly mister Team America. I have no right to discuss anyone doing anything in the military. I simply did not serve. But I can comment on a book.

Jet Girl by Caroline Johnson is about many things. Jets, yes, but also about the military life, training, and the reality of being a woman in a firmly cemented man’s world. This book covers both accomplishments and also the harassment and at times shocking reality of what it means to be female and military, even when you are one of a handful of women to reach the level at which Johnson did. (F18 Super Hornet)

Now, I have additional motives in reading this book that I can’t discuss now but have everything to do with the F18 Super Hornet. This plane is a beast and anyone who reaches the level of being able to operate inside one of these machines, especially in the Navy where night carrier landings are not unusual, is okay in my book. The math would have eliminated me on day one. And the fear of heights. And the heavy G’s. And the nonstop real-time calculations. And the fear of death.

One fascinating aspect of this book, and many others dealing with military topics, is that the training you are receiving is about killing other human beings. Sure, in the attempts to stop other humans from damaging yet another group of humans. But we all know how cloudy that water is. So, when someone is amped to apply their training, which I totally understand, there is a strange subtext that needs to be addressed. And again, there is no need to hide from this. It is, after all, war.

I read books like this because I didn’t go. It is the least I can do to attempt to widen my understanding of multiple topics. I tip my hat to Johnson for doing what she did. That took tenacity and perseverance in the face of long odds. Get it, read it.