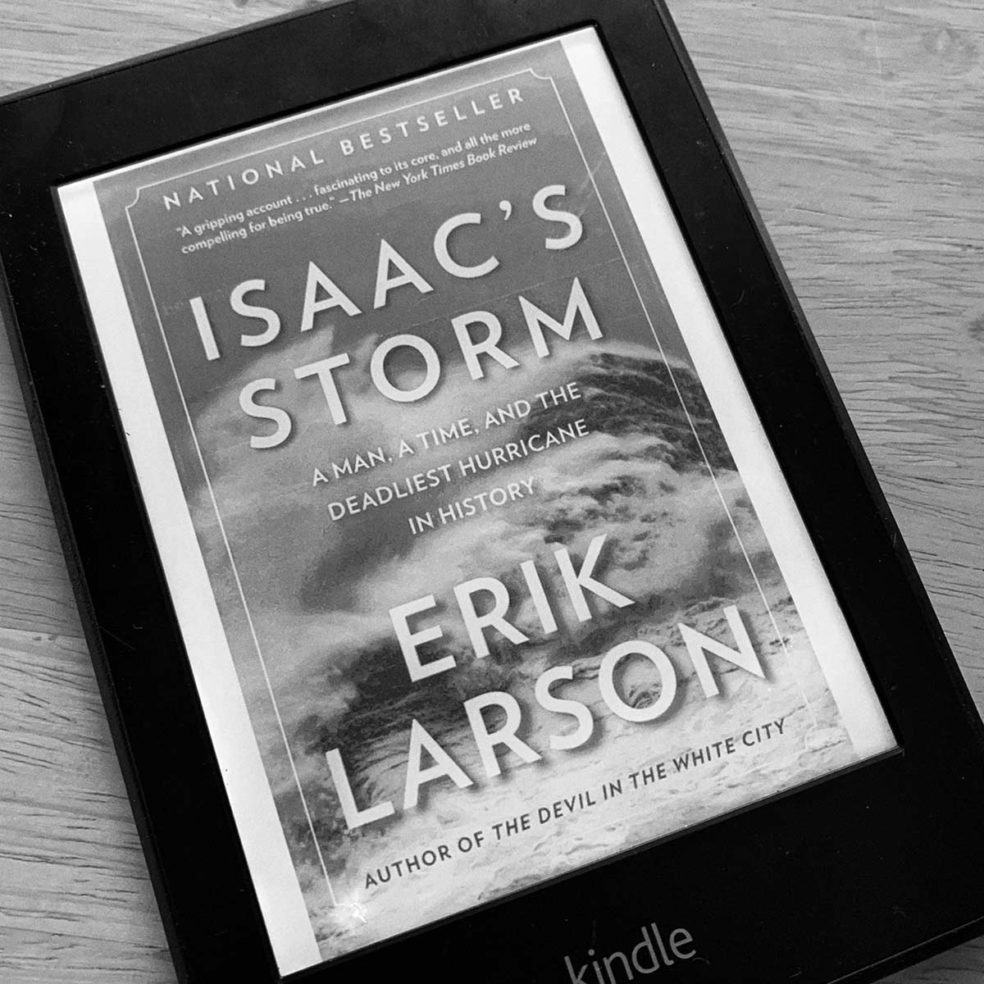 Just kidding. I actually really like Galveston. Not only the city itself but the Gulf Coast in general. I love the food, the structure and look of the city, and I used to have a fondness for South Texas in general. That fondness is waning but that is a story for another day.

Isaac’s Storm by Erik Larson, no stranger to a good disaster story, tells the tale of the Isaac Cline, the resident meteorologist who managed to miss the fact that what would today be a CAT 5 hurricane was about to slam directly into the city of Galveston.

In short, there was no real ability in 1900 to accurately predict the weather, and a basic understanding of things like storm surge was entirely rudimentary. Consequently, over six thousand people died in what can only be described as the worst-case scenario.

What I like about Larson’s books is that he starts you out at the brink of total disaster then walks you all the way back only to build you up to the brink once again. The history, the science and the results of this storm are simply remarkable.

One of my favorite things about modern hurricanes is when they interview some total redneck on the beach in some completely unprotected enclave who looks at the reporter and says something like “We ain’t going nowhere, gonna ride this baby out.” Then, post-storm they return to the scene and the redneck, their shack and all their belongings are gone and all that remains is a cracked concrete slab. Now, I love this because I have a perverse sense of humor, and I like people who do incredibly stupid things, but for the people of Galveston, there was really no such bravado outside of a few folks who said “Ah, there might be a storm but it won’t be that bad.”

The detail the author is able to expose, the detail of the storm, is truly terrifying. I’m a big fan of Larson, so if you have the need to know a bit more about early weather history and the single largest storm-based disaster in American history then pick this baby up.