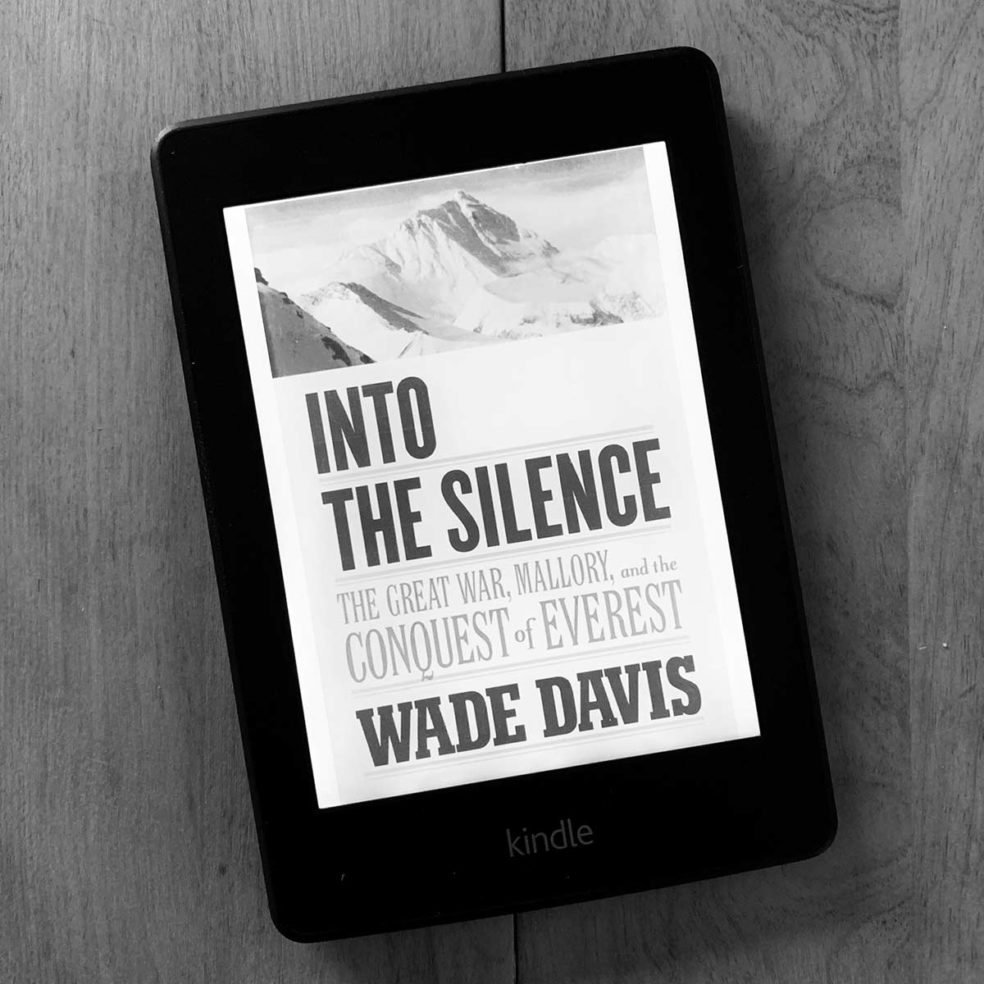 This is one of the best adventure books I’ve ever read. But get this my friends, this book is DENSE. In a good way. Into the Silence by Wade Davis details the potentially failed 1924 Everest summit attempt that claimed the lives of George Mallory and Sandy Irvine. Mallory, considered THE climber of his generation, was a total badass. Irvine, young and inexperienced but wildly talented was a relative unknown. But let me back up. This book tells a much longer, much broader story going back to the first world war. Let me just say this. These men were incredible. I mean INCREDIBLE. What they achieved in their lives prior to Everest is beyond comprehension. Not to mention they survived the war which in itself is remarkable.

These were men who mastered languages, explored unknown regions, suffered massive and unending hardships, lost friends in battle and kept coming back for more. I read this book and my continual thought was “Jesus Milnor, you haven’t done shit.” And I have no ability to complain about anything for the rest of my life. Imagine being sent to explore and map a 40,000 square mile piece of Earth. After being captured, forced into slavery only to escape, finish your project and return home to realize you been gone so long all the “leadership” who assigned you the project is dead and gone. “Who are you?” “Where have you been?” “Why?” “Sorry old chap, no record of your sorry ass.”

The group mounted expeditions to Everest in 1921, 1922 and 1924. Just getting to the region was a multi-month endeavor. Boats, trains and on foot for weeks at a time. Their equipment was less than stellar. In fact, these guys climbed Everest in clothing I would wear to a party in Hollywood. Leather boots, scarves, sweater and maybe some fleece pants. Yep, 29,000 feet, no problem. Their tents were canvas. No real technical climbing gear outside of Irvine’s advanced designed oxygen delivery system. And very little understanding of mountain sickness, rest and recovery, etc.

Last summer, at 49-years of age, I did a 14-mile summit of Santa Fe Baldy. By myself. Four hours and fifteen minutes. I thought I was flying. And for me I was, but what these guys did for a morning warmup was beyond anything I’ve ever done in my life. I had high-tech gear, a 4×4 to get me to the trailhead and high tech food and drinks for maximum Danno capability. These guys were eating tinned beef and crackers and went DAYS without water at extreme elevation.

I can’t stress enough what a wonderful book this is. I don’t know Wade Davis, but I know he is the beneficiary of the Age of Correspondence. The era these expeditions took place was an era when people took time to write, and I mean REALLY write. They kept journals, notes and wrote copious amounts of letters. These letters were handed off to runners who took them across the wilds of India, then to trains then boats and then finally on to England. The men were receiving mail on the side of the mountain. Another remarkable aspect of this story is the detail in which Davis is able to share this story. There is something I should state, however. This era was also the time when the English thought they were the Earth’s supreme beings. Consequently, their treatment and considerations toward local people and customs were, at times, horrendous. Heck, even what they wrote about each other was, at times, pretty darn horrendous.