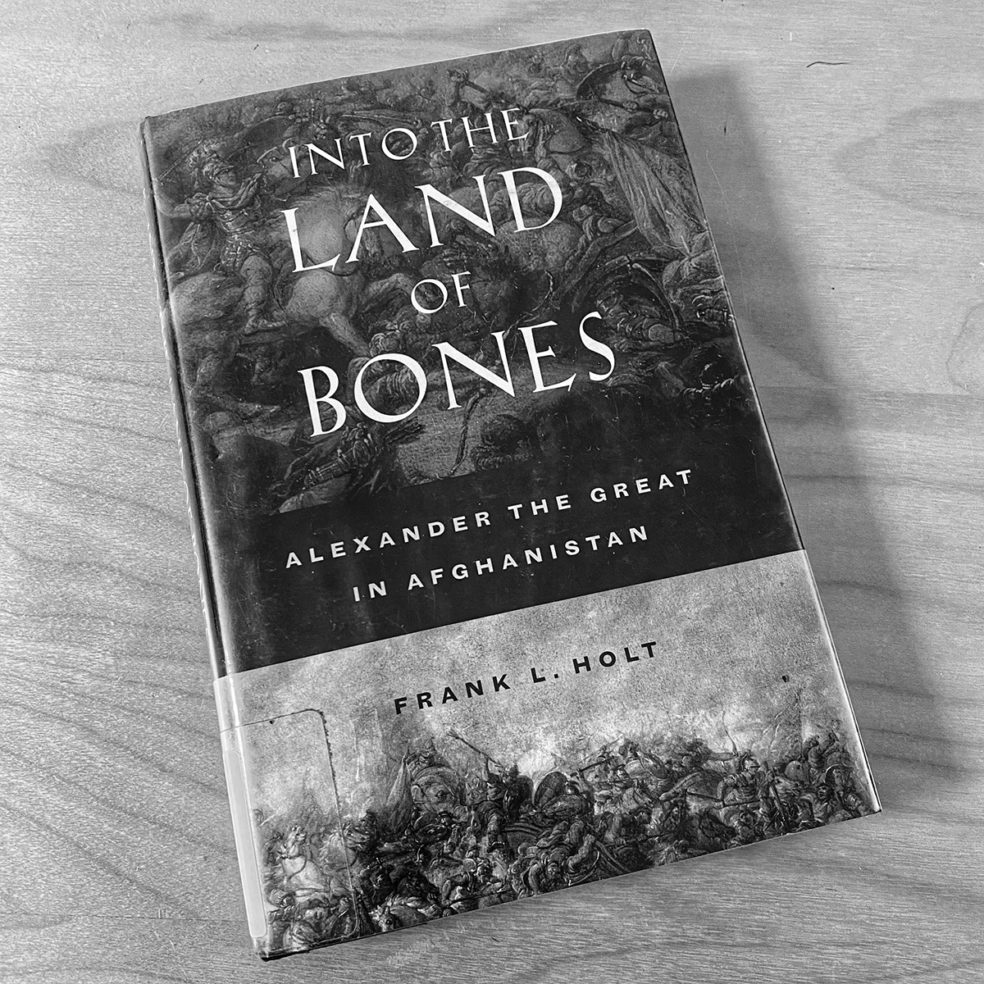 Want to know a really easy way to get your ass kicked? Invade Afghanistan. Yep, guaranteed ass whipping. The British tried it, twice. The Soviets. Same for us. But it wasn’t just modern folk who tried to tame Bactria. This goes way, way back and it ended the same way every single time.

In fact, the same terminology was used. The same towns were invaded, with different names, but the exact same places, which in some areas look exactly like they did even way back when. Alexander the Great tried. He blazed a massive swath of destruction across numerous countries, regions, and then made a fatal error, Afghanistan.

“Into the Land of Bones,” by Frank L. Holt is a short but dense book about Alexander’s misguided and tragic dance with what was known as Bactria. Warlords, feuds, mercenaries, tribal war and unrelenting environments that killed more men than actual battle. Disease, changing alliances and a population that was ready to rumble and all times.

This book was incredibly informational, perhaps too much at times, but that’s okay because when you are starting at zero, like me, it’s worth it to go slow and really try to comprehend the detail. The story is a mirror reflection of both the Soviet War and the American War.