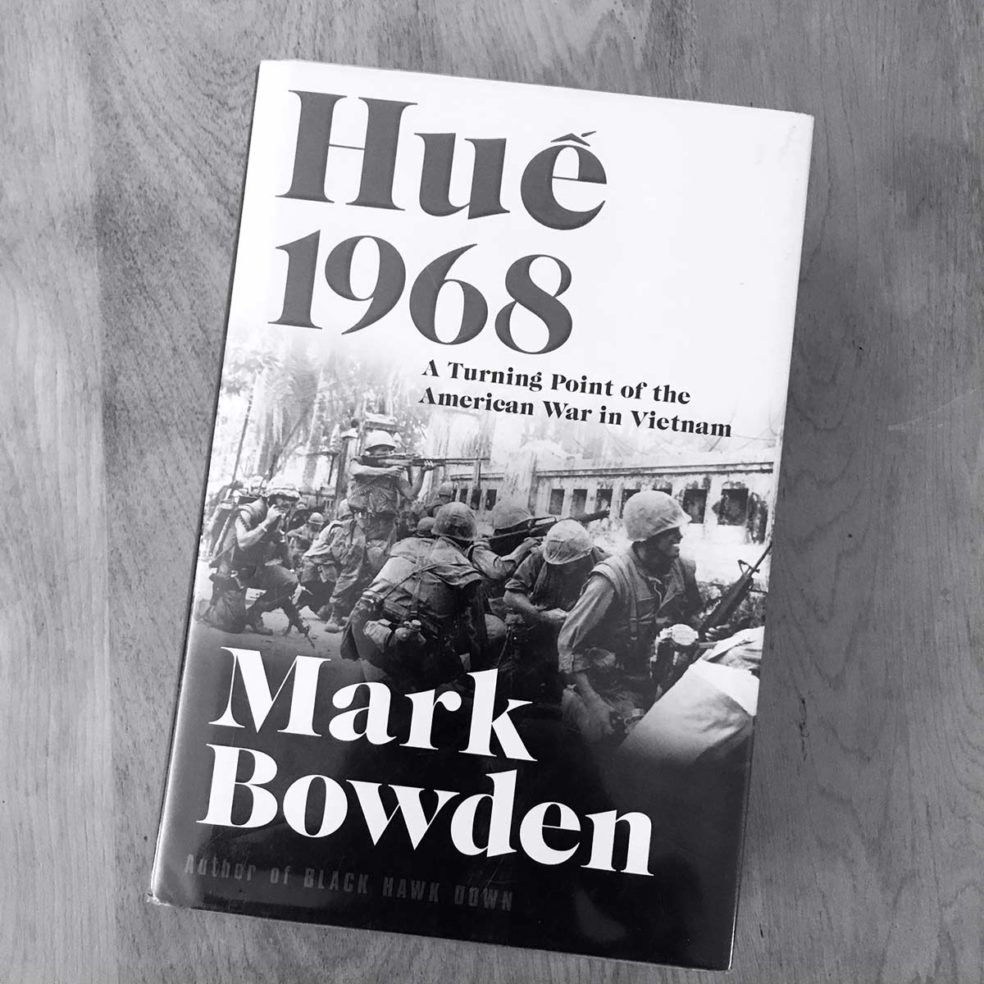 Why read a 500+ page book about a battle that happened in 1968? Several reasons. First, I became a photographer because of the photography that came out of the Vietnam War. Second, Hue was the battle that turned the tide of the entire conflict. Lastly, Mark Bowden knows how to tell a story. The author of Blackhawk Down(which was turned down by MANY publishers again proving publishers don’t necessarily know what the public wants.) Killing Pablo, The Finish, Worm and many others.

This book grabs you from the first page. Hue, the cultural center of Vietnam, became a strategic chess piece in the Tet Offensive of 1968. The most intense fight of the entire war. Block by block, house by house and incredibly deadly for both sides. Hue, 1968 has based on numerous interviews with former Marines, NVA, Vietcong and others. It’s hard to imagine ANY of this actually taking place, but it did, while the American public was being systematically lied to by the government and military. Sound familiar? The book also covers several of the journalists who covered the battle including Catherine Leroy who I got to know before her death in 2006. To say this eighty-five-pound woman was the utlimate badass is an understatement. She rode her bike into battle with a sign reading “Journalist, from Paris,” and spent a day photographing the NVA. No joke.

If you haven’t read Bowden then get off your ass and start reading. As for this book, get it, read it.