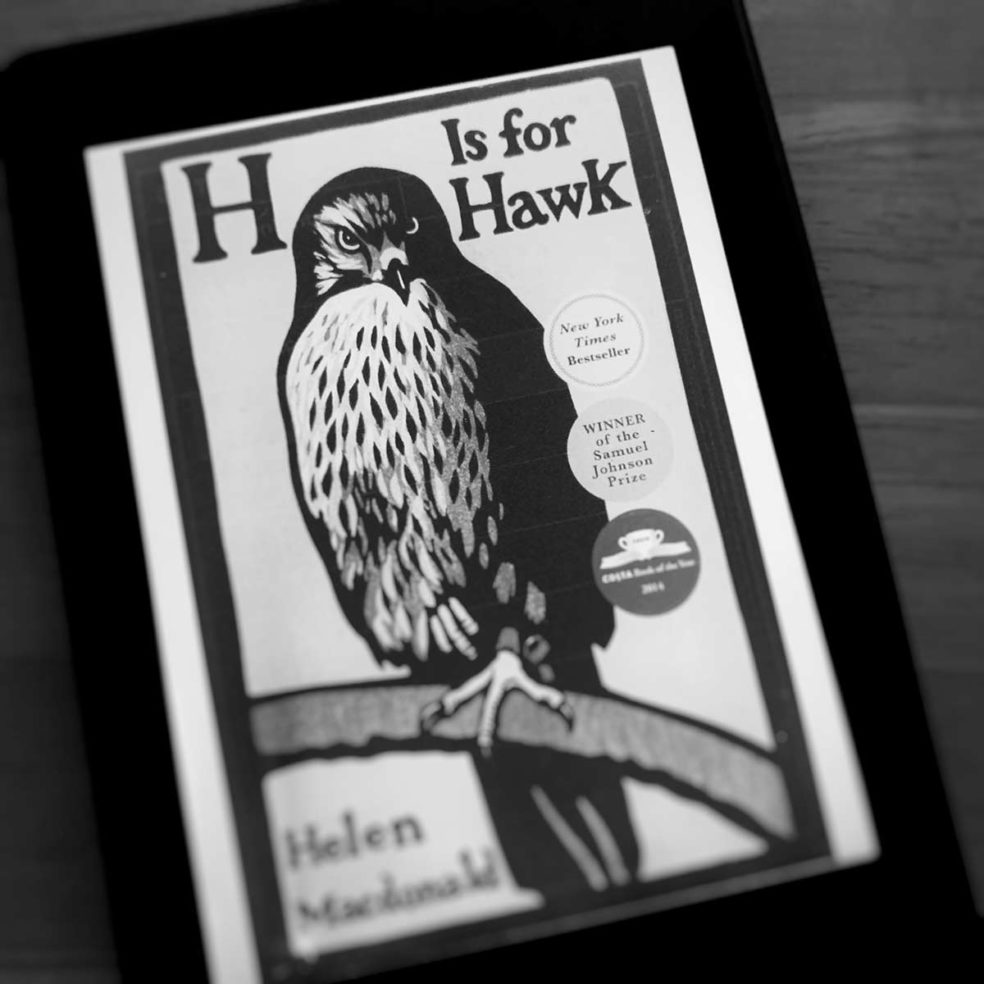 This book came out a few years ago and won several literary prizes. I still managed to avoid it. And then, like a hawk, I pounced. Last week I met a gallery owner who specializes in ancient, Japanese armor. My first thought was “How odd.” So specific, so rare, so different. But the more I thought about it the more I liked the idea, and I liked it for all the same reasons I was at first skeptical. Because it is so specific, so rare and so different.

I don’t know a single human who has a hawk. Not one. Nor do I know ANYTHING about what it takes to have a hawk. H is for Hawk by Helen Macdonald is a fascinating book which features her tempest-like relationship with a goshawk, but the book is actually about far more than that. Yes, the hawk takes center stage and rightly so, but the book is also about loss, pain, England, habitat, history, and reality that sets in when you understand the beast you are in love with is actually entirely wild. Macdonald also studies a book written by a former hawk lover who was also an author and educator and someone torn with both internal conflict and conflict with his hawk.

I enjoyed this book because I felt the author’s pain. Her father, a photographer, dies suddenly, as did my father. (My dad didn’t like photography.) I also related to the book because as a kid I was fascinated by flying objects. Clay pigeons, live pigeons, eagles, hummingbirds, and hawks. Wyoming was loaded with birds of prey and the ranch I lived one was overseen by various hunting species. It was awesome and we never went anywhere without our binoculars.