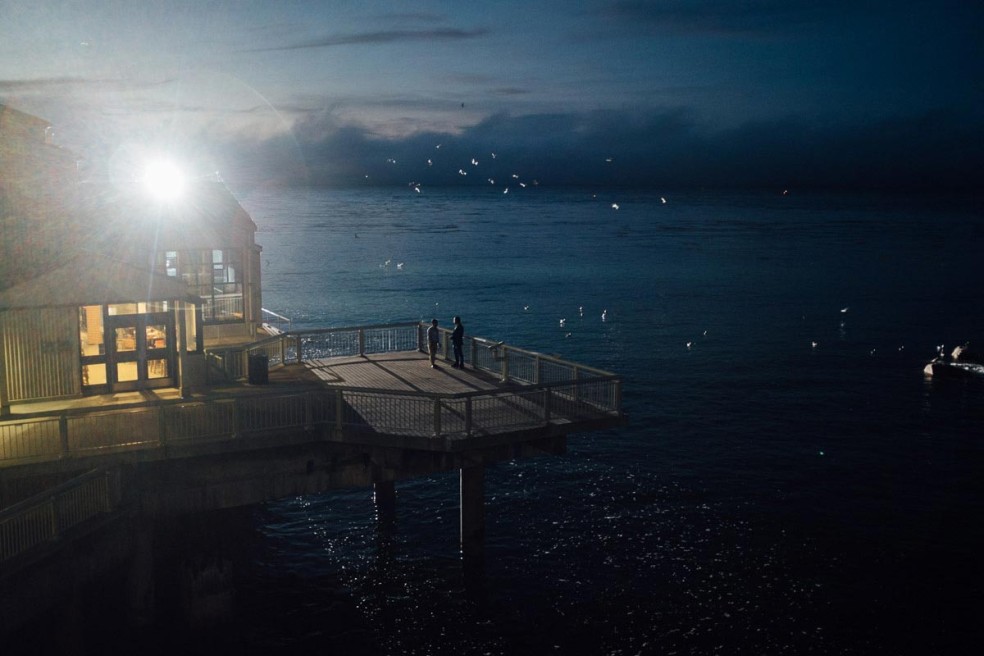 Just kidding. First heard this in a parking lot in Los Angeles in 1997. It wasn’t true then, and it certainly isn’t true now, but this was the idea when the technology took over the professional industry. It hasn’t worked out entirely the way the designers wanted, but in theory what they were advancing COULD have truly taken over were it not for the fact that the digital experience is so different from the film experience. Neither experience can be labeled better, only different, which is why they are both alive and well today. I think this is great for photography.

What I’ve come to realize is cameras like my new Fuji x100T weren’t designed to take over or replace anything. They are their own animal, and consequently leave their own footprints, fingerprints and trail of imagery. For some reason my images with the x100T look like still frames from a David Lynch film. I love it. I know very little about the tech inside this little camera, and seeing that the device is already a year old, there are probably hundreds of articles about the sensor and the rest of the tech details. I will spare you. Let me tell you how it works. First off, it’s almost weightless. Weighs less than my iPhone. I have a filter, a hood, a soft release(until I lose it) and a thumb grip to help hold the damn thing. I wear it around my neck, and barely even feel it’s there, or I just palm it until I’m ready to shoot. The camera looks great. Kinda like an old school thingy, but not really, but close enough. The camera is also silent. I have the sound setup to beep when the camera finds critical focus, but you can turn that off. Speaking of focus…way better than prior model, at least in my opinion. I added the shark image here not because its’ a good image, only that it was made in horrendous light and required follow focusing, or tracking…and it worked. The viewfinder is strange but it’s growing on me. I toggle between a standard, “blank” finder with focusing box in the center, to what I call the “live feed” video viewfinder which has a different look and feel. Some of you might run away from this, but it seems to work really well in all conditions except blazing midday sun where I ran into a few quirky moments, but toggling between views is very fast, and this didn’t bother me at all. It could have also had something to do with me wearing glasses, but I have to say, the finder is pretty darn good for someone with specs. No complaints. Built in diopter reminds me of how blind I am. Thanks Fuji. And remember, I’m coming from Leica M4 and Hasselblad, neither of which as ANYTHING in the viewfinder.

Oh, handy little thing….the exposure compensation is real time. With most digi cams I find myself using exposure comp ALL THE TIME, and this camera is no different. Not that I can’t tweak in RAW in post, but I want to spend as little time as possible in post, so my goal is best possible images in the field. You dial down your exposure comp and it is reflected in the video viewfinder. This is cool, and works well. I added the railing shot here because my test was about getting JUST the right amount of light on the railings, which I was able to do in ONE image by using the real time exposure comp. Not that this is a good image, only a test. I only used the camera on single frame and can’t remember the last time I used a motor drive. Not really what I would use this camera for anyway. Camera works well in vertical position. The only thing I noticed is with polarized glasses the frame lines disappear when you hold the camera vertically. No big deal. My other cameras do this too.

Battery life? To be expected. Pretty good, not great, but the only digi camera I’ve used with insane battery life is the high end dSLR. You trade battery life for size, and I’m totally okay with it. I carry three batteries when I’m using the Fuji. Have only used one battery so far, but I don’t review images in the field, nor do I chimp.

This camera does Wifi. I have no intention of using it. The menus on the x100T, like all digital cameras, are deep and complex. I avoid them at all cost. Just point and shoot.(Only half kidding.) This camera, like all modern cameras, will do far more than I need.

Most of the time I use Aperture Priority when I have a camera that offers it. I used the Fuji this way, but also tried it out in the A mode, which is uber auto, and it works well. I adjusted the camera with parameters for shutter speed and ISO and the camera knows these are the borders I don’t want to cross.

When I told a friend my images look like David Lynch movies he said “That’s because digital only looks good at twilight and at night.” I don’t find this to be true. The image below was shot in average light at best and looks totally fine to me. Again, not a great image by any means, but overall look of image works for me. Also, I try NOT to shoot in midday anyway, but to his point, I have had issues with sidelit digital in the past, especially when dealing with skin tone. But here is the thing. Digital is all about post production. The images out of the camera are ONLY a starting point, and this applies to all digital cameras. Film images are a product of the ingredients of the film you choose. Grain, saturation, contrast, etc, are all built in. With digital you have to design the images you want by using software. This is the part that has always killed me. So, I decided to get ONE black and white preset and ONE color and that’s it. Download, edit, apply preset, export. DONE. FAST. Now, I know next to nothing about Lightroom, so the key for me is to learn to be hyper-efficient with my importing, keywording, rating, sorting and then ultimately filing and finding at a later date.

My goal with this camera is to make snapshots and cover what I need to cover for Blurb. For some reason the snapshot has fallen in the hierarchy of the imaging world, but for me it’s one of the most important things I can make. When I look back at my family history, through our photo albums, what I’m looking at are snapshots. They are marvelous. They are real. I also need 8×10 prints for my journal, and this camera looks like it’s more than capable(first prints just went on the FTP). It also packs perfectly in my tiny Tenba. I can get my Polaroid, five packs of film, the Fuji, my audio gear, journal, Kindle, phone, wallet, batteries, cords, cables and even my laptop in this bag if I need to. I get to my location, empty it and then carry only the camera and audio gear.

At some point I need to commit to this camera. Others have and have produced real work(see below). I need a real project. If I drove to the border and began something new would I want to take only this camera? Don’t know yet. I know I COULD but I want to get far more familiar with this little machine. My first impression is this camera is perfect for what I need and want at the moment. My Polaroid satisfies the analog side, and makes a great journal system as well. The combination of the two feels right. I could have bought anything, but I think I bought precisely what I needed, and so far I’m a happy snapper. There really isn’t anything quite like this out there. Now, the onus is on me to learn the camera and the style of image it will influence me to make. Thanks to my friends at Fuji who helped me figure this out. You know who you are.

All of the above images were made while I was at an event for Blurb. This scenario is almost the entirety of my life at this point, which is a good thing, but the actual available time for photography is very small.

Also, two videos I found helpful. The first was shot, edited, produced by our friends Flemming and Charlene at Coffee and Magic.(More on this film later.)