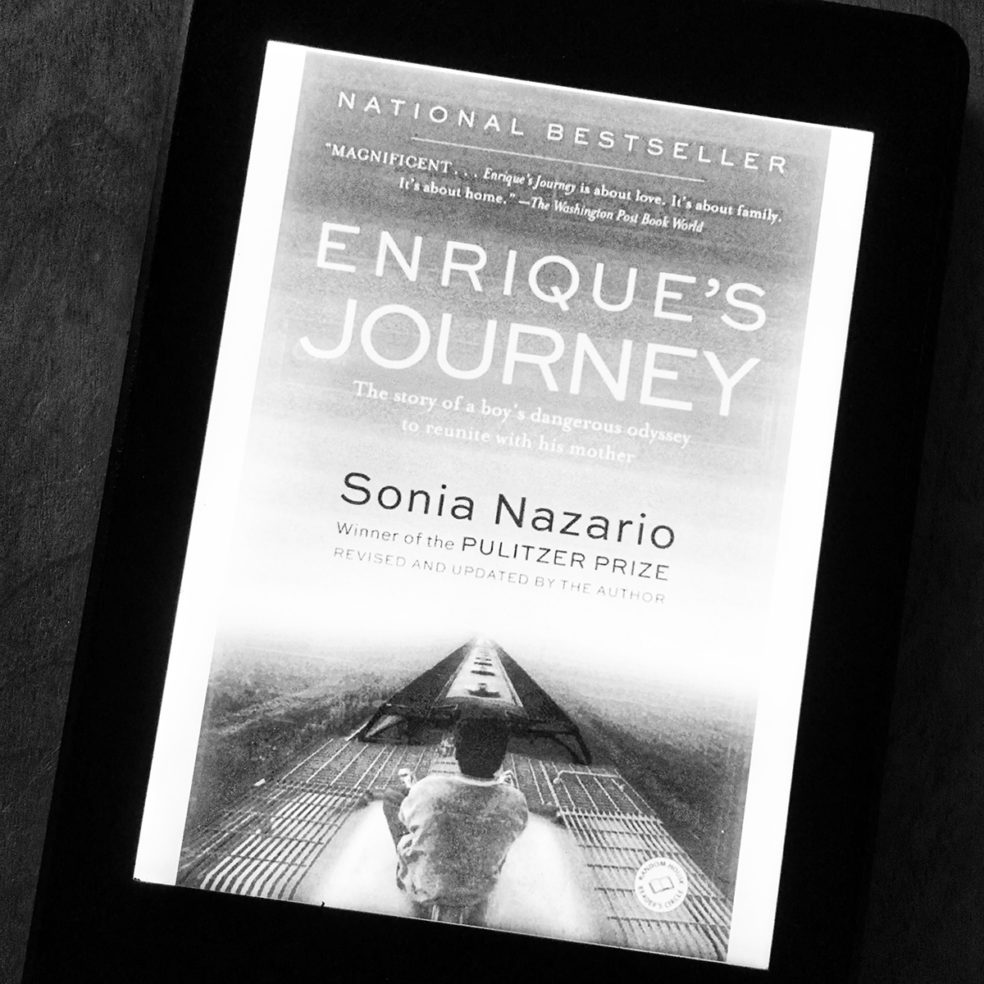 la guerra sin nombre, the war with no name.

This is a heartbreaking book. As someone who has worked on the border, crossed over legally and perhaps otherwise over the years, I can say I still only know a tiny amount about how bad things are when someone in Central America heads for El Norte, illegally. What I DO understand is why they come. Heck, I would too. Enrique’s Journey by Sonia Nazario is based on the Pulitzer Prize-winning essays in the Los Angeles Times. (Don Bartletti, photographer, won a Pulitzer for his images. He’s a total badass by the way.)

The book follows Enrique, from Tegucigalpa, as he makes multiple attempts to make it north. He’s beaten, robbed, had his teeth smashed out, starved, frozen and nearly killed numerous times. He’s a boy after his mother who had safely made the trip years before. Enrique, facing a very unpleasant future in Honduras, makes the decision, again and again, to get to El Norte and find his mother.

This is a great book, and a painful story, but one of the most impressive aspects is the final 1/4 of the book, which is the detail of how the author created this work. The journalism, the background, the travel, and the interviews. Just keep this in mind when you hear Donny Dipshit talking about fake news. One look at Nazario’s notes and I was shaking my head at the amount of work, detail, cross-referencing, time, etc. This isn’t fake. Some people can handle that, others who are politicized can’t.