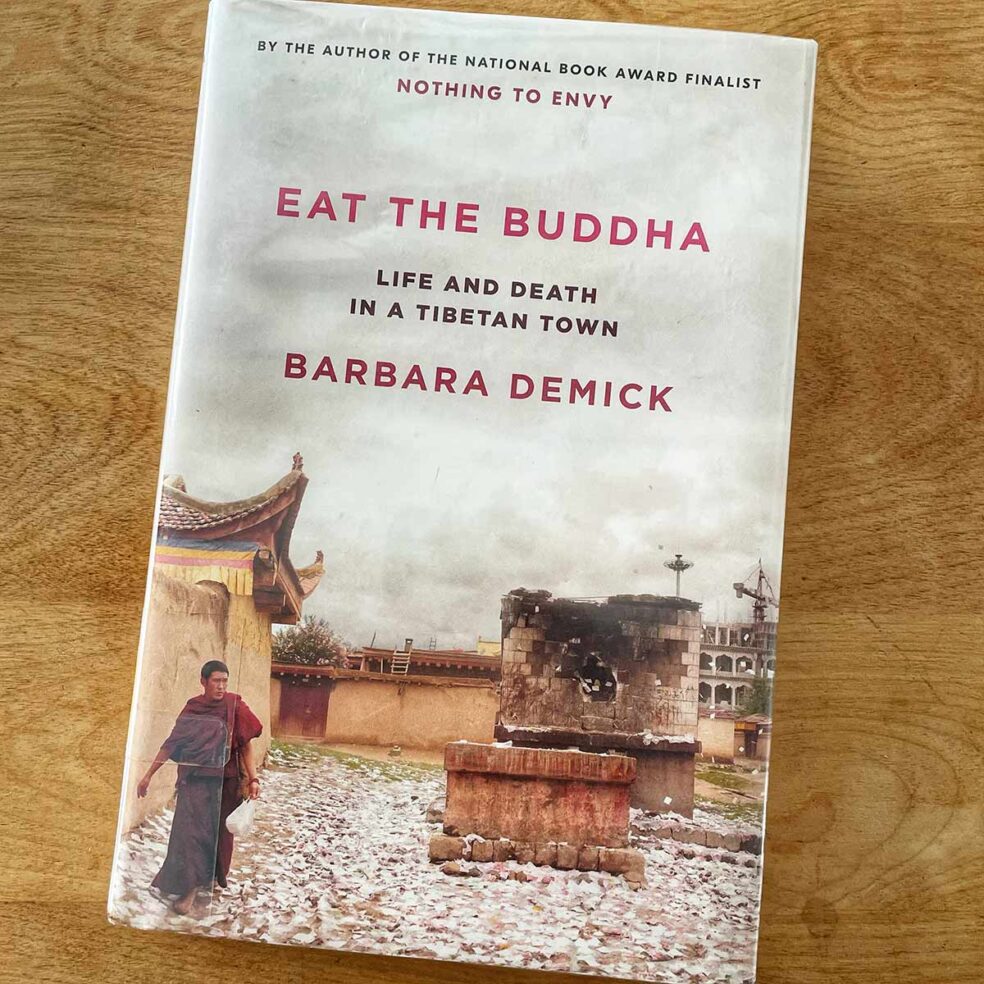 Tibet is a fascinating place. I’ve not been. But I’ve spent the better part of the last thirty years, on and off, reading about the place. I even went to the Richard Gere exhibition while living in Los Angeles. (I know his gallerist.) His work is solid by the way. One of those rare times when celebrities deserve their place on those sacred walls. Barbara Demick is a journalist, a job I have great respect and passion for. Yes, still, in the age of post-truth nonsense, it is refreshing to read a basic, historical, journalistic take via “Eat the Buddha.”

I was also around in the photojournalism world when Steve Lehman did his book on Tibet. I also went to that show, several talks and actually met him a few times before he seemed to vanish from the industry. (He was very good.) Hopefully he is still out banging away on projects.

Demick gives us a history lesson but through the eyes of specific Tibetans who have lived a rough life in a rough time with Chinese occupation and atrocity front and center. I’m drawn to Tibet by the landscape and elements, not to mention the culture. The roof of the world sounds like music to my ears and the harsh terrain calls my name. (Bolivia was like this.)

If you are interested in the past, present and potential future situation in Tibet then, by all means, get it, read it.