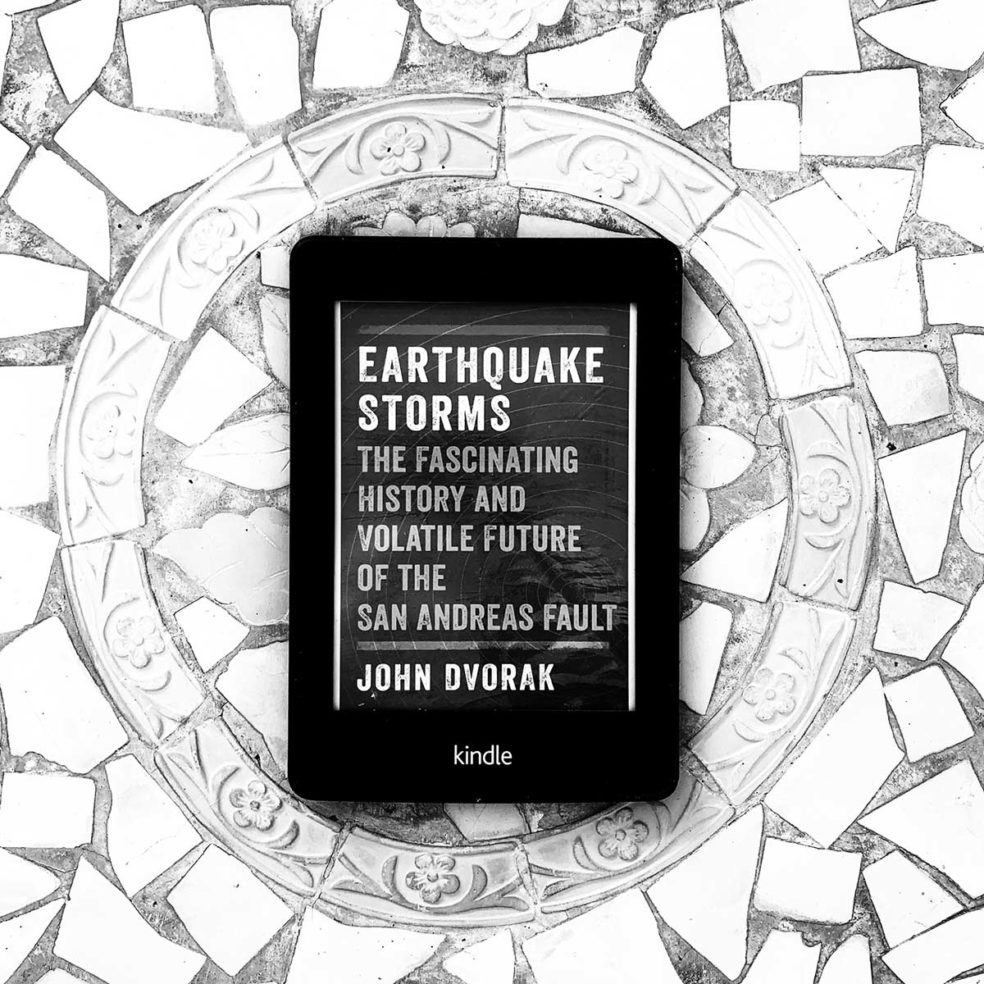 Talk about ironic timing. I reserved this book weeks ago, weeks before the most recent California quakes, so the timing is fortuitous, to say the least. Californians are odd creatures. They have trained themselves to look the other way when it comes to things like pollution, traffic, crime, fires, mudslides, and yes, earthquakes.

I’ve stood shoulder to shoulder with Californians looking out over the Pacific as a layer of dense, black smog covers Catalina Island only to have my friend say “Oh, sure, it’s polluted out THERE but it’s not polluted HERE.” It’s rumored that if your child is born in LA County they are born with a compromised immune system due to air pollution. I’ve even started to hear people say “The fires weren’t that bad.”

Earthquakes fall in the same pattern. “It will never happen,” is a common sentiment. Or, “It won’t be that bad.” “I have a gallon of water and an extra battery pack for my phone.” I have a different take on earthquakes based on one precise moment in time.

My FIRST visit to California was back in 1993. I was given a plush assignment so I drove from Phoenix to Carlsbad and parked my truck on the top of a cliff facing the Pacific. Up the trail in front of my truck came a completely nude young woman who walked by my truck and said “Hi,” as she casually passed. I remember thinking, “I think I’m going to like this place.”

My second trip to California was to cover the aftermath of the Northridge Earthquake. I had never experienced a tremor before and really had no idea what I was in for. In short, I did not respect the entire concept of an earthquake. I only cared about photographs. And then it happened.

I had just photographed survivors attempting to salvage belongings from a collapsed apartment building and was standing in the center of La Cienega Blvd when a 5.5 aftershock hit. I witnessed La Cienega ripple like water but not break, and the feeling of power is simply beyond description. People do what they always do, they screamed and ran in all directions. I froze.

I felt the quake in my stomach moments before the first waves began, and I will never forget that feeling. You realize very quickly if and when “the big one,” actually arrives, there isn’t a damn thing you can do about it. Southern California, as we know it, will cease to function for a considerable time.

For the skeptics, just think about this. What happens when ONE overpass falls on the 405? Just one. Is that a month of a nonfunctioning 405? What does that do to traffic patterns? What does that do to delays? And what if both the 5 and the 405 are shut down? What if water and gas lines are severed? Food runs out, water runs out? Now, I hope to Hell this never happens but it MIGHT be something to consider if you are living in what is rumored to be the most dangerous and overdue fault in the world, the San Andreas(the southernmost portion), which is what brings me to Earthquake Storms by John Dvorak.

If you are fascinated by things like tectonic plates, fault lines, and earthquake history then get this baby and read it. I lived in and around these faults for twenty-three years and never realized how much was there for the taking in regard to being able to see horizontal movement scars and history. Oh well. Next time.