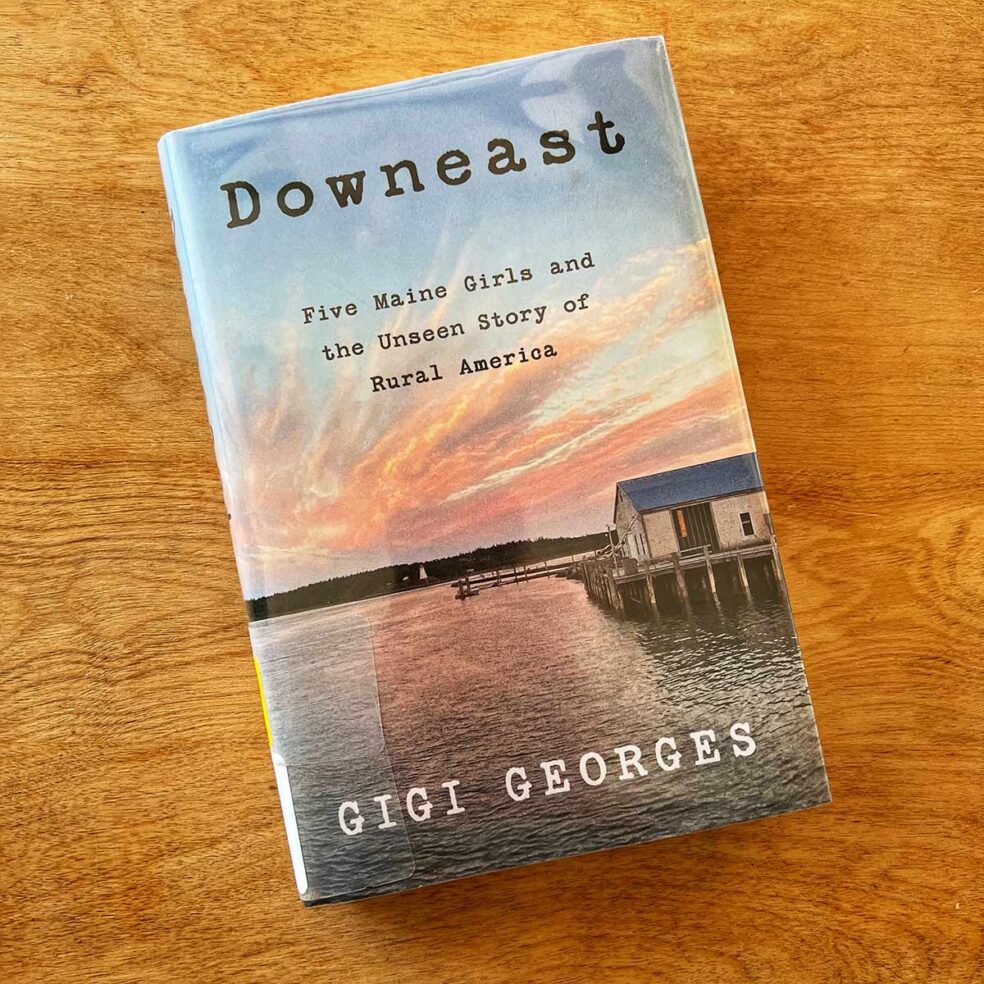 Women are amazing. Women have grit and resilience unlike anyone else. And oftentimes, women are subjected to far more hurdles than us men. In my world, less than thirteen percent of executives are women. I’ve witnessed my female colleagues treated in ways that would make you question our intelligence as a species. Young women, in particular, face a bevy of challenges that are only now being discussed publically, but one look and one listen from something like the US Congress and you realize just how far we have to go. (Listen to the hate directed at someone like AOC.) (Take out the politics and listen to the sexism and ageism.)

If you choose to read Downeast by Gigi Georges you will learn the history of five women from the Downeast region of Maine, one of the poorest, most rural, most addicted little parcels of our great land. A distinctive location that demands “hard bark” from the locals. History of seafaring, fishing, and lobstering as well as deep-rooted, generational poverty that works like a sucking tide to keep people down.

These five provide a window into the world of young women growing up in a male-dominated locale and industry (fishing). Downeast is unique not only in its culture but also in the way it keeps those from there from ever leaving there. Some temporarily depart, most come back and this is one of the key takeaways. This culture, this atmosphere, in some ways mocked or pitied by outsiders, is what makes the place and the women so exceptional.

Endurance would be the word I would use. Tough would be another. Focused, driven. The weather alone is enough to crush most people, add to it the instability of the dominant industries and you have the ingredients for what we in the west call “hardscrabble.” But there is a beauty in the battle and these women prove what happens when you never give up, when you continue to look the challenge in the eye. Get it, read it.