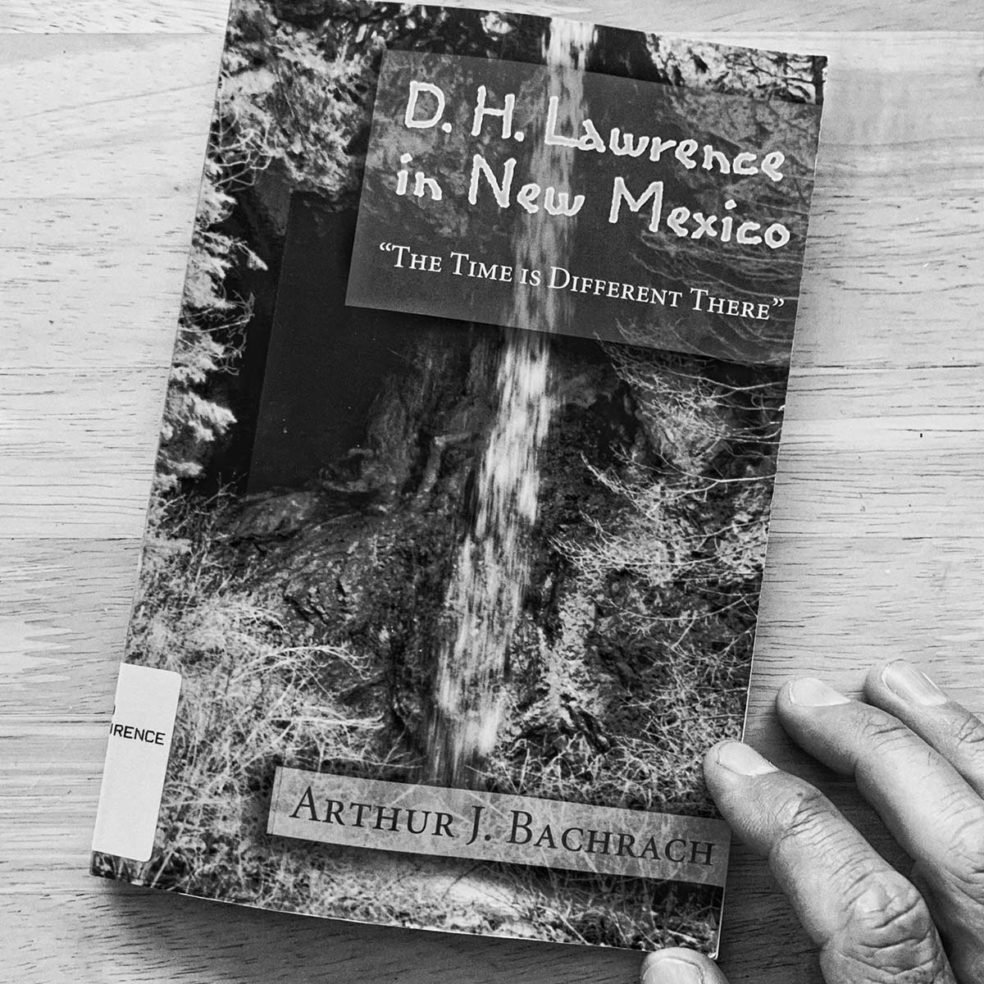 This is a very quick read but interesting as it traces first contact between the writer and the magic of Northern New Mexico. This land has seen a constant pilgrimage of artists, photographers, writers and others who know the unique New Mexican feeling the second they set foot on this land. It’s difficult to explain but Lawrence felt it and ended spending three separate periods here before eventually passing away at a young age while in France.

His ashes, however, were spread here and his ranch is still a historical monument. The book is interesting as it shares some of the less than savory aspects of the man, his relationships and his views on the locals. His time here was productive and was responsible for many of his stories and poems.

I’ve not yet visited the ranch but it’s on my list. If you have any interest in the author then “D.H. Lawrence in New Mexico,” by Arthur J. Bachrach is worth a look.