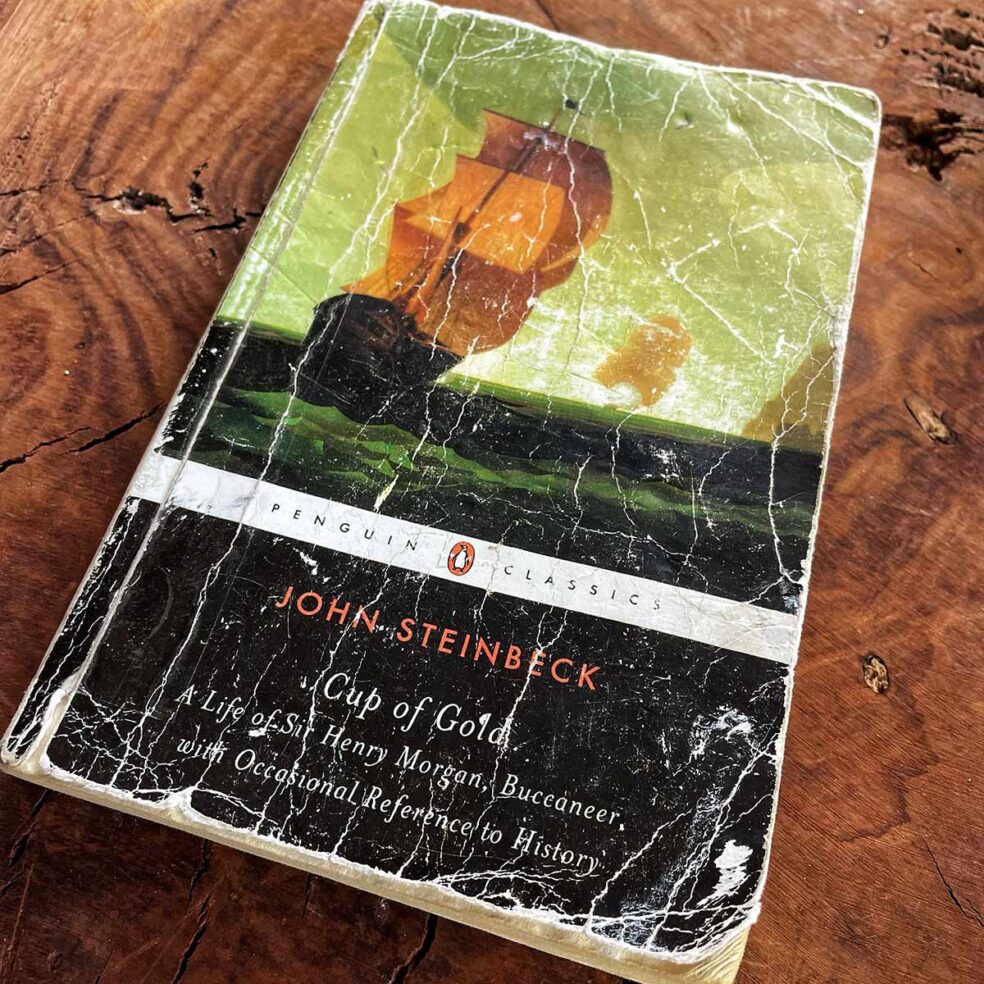 I’ve got a thing for Steinbeck. Time, place, subject matter. But I tend to like the fringe books from Steinbeck. The Sea of Cortez journals and something like this, like Cup of Gold. Written when he was twenty-seven. And who doesn’t love a book about pirates pillaging towns and villages? Who has never thought about pillaging Panama? Or it is just me?

And here is the side angle. Back in the day when I was mired in the American college system my friends and I use to get our hands on these MASSIVE bottles of Captain Morgan spiced rum. It was pure heathenism. Gross. Diabolical and something we could never apologize enough for. In fact, I once saw my best friend attempt to navigate a small, black, metal fence surrounding an apartment complex pool where we had spotted some fine, young ladies and thought we should investigate. Now, we didn’t live at this particular complex and weren’t supposed to be there but that is beside the point. We emerged from our car and my best friend had his cup in one hand and the bottle of Captain Morgan in the other. He came to the fence and his drunken logic decided on the flip as the best navigational path. Which he did. Only problem was the flip went sideways midway. And then something magical happened. I could see his remaining brain cells fire. “Save the bottle.” He landed on his head but the bottle clinked happily into the safety of a nearby grassy patch. Well done lad. Little did I know that bottle was named after a real dude. 17th Century privateer Henry Morgan. Of sacking Panama City fame.

This books is interesting because knew and admitted that to become a famous writer you wanted to make sure to include all the unsavory bits of life. Which he did. If you have spent any time in the Indies then this might be just what the doctor ordered. Enjoy it, and the spoils that come with.