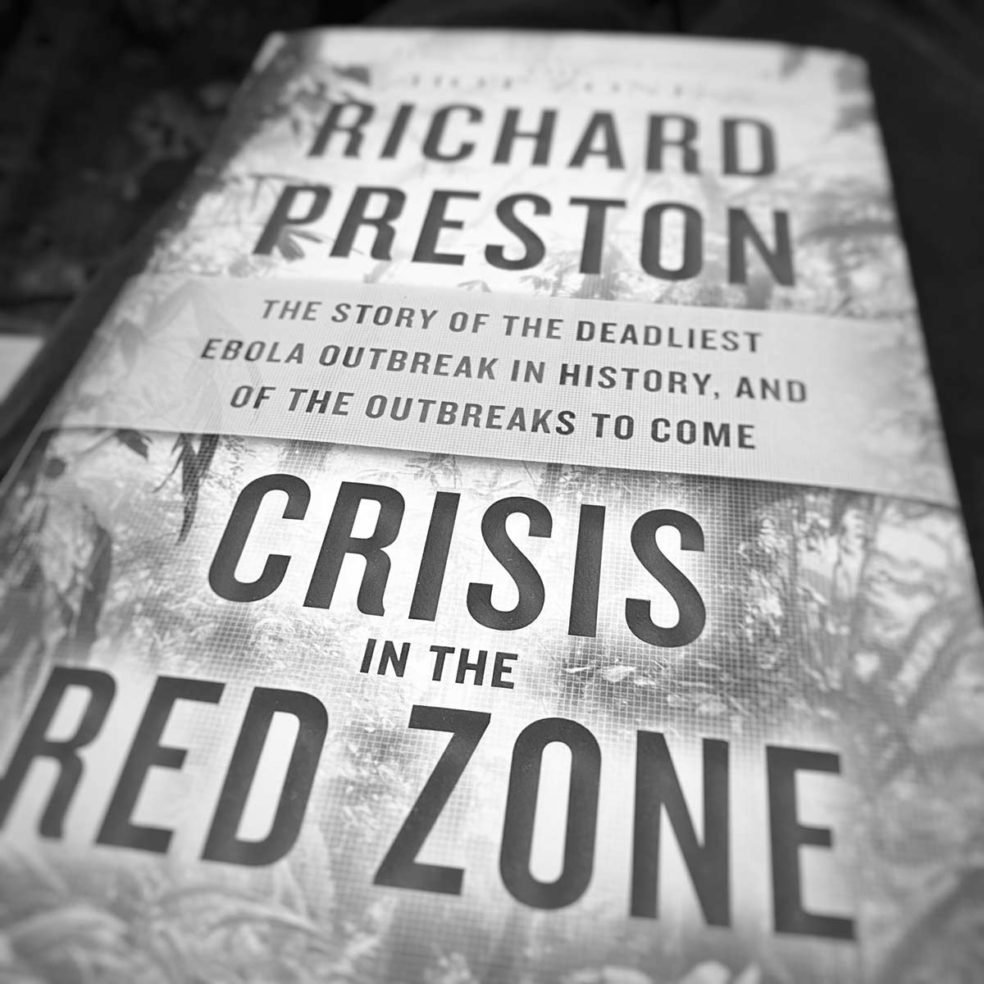 Hey, nothing cheers me up more than a read about the Ebola outbreak of 2013-2014. Yikes. And oh by the way, there is another, ongoing outbreak as we speak in the Democratic Republic of the Congo.

With my luck and history with diseases, I’m sure Ebola is on my list at some point. You might know Richard Preston from his earlier book “The Hot Zone,” which was another hair raising read. Crisis in the Red Zone is no different only perhaps a bit scarier.

I think the most terrifying thing is the fact the world simply isn’t ready for this disease, or any other like it, on any kind of grand scale. The last few pages of the book paint a potential scenario of New York City in an airborne, level 4 disease. (Ebola is wet not airborne, currently.) Basically, it would be like climbing Everest in a diaper and flip flops. It would be better to just give up and surrender.

Preston’s writing is fluid, easy and tracks all the data into a comprehensible flow. Personally, I don’t find books like this depressing at all. Not even close. I find them fascinating and critical for expanding my knowledge base. Heck, just learning the geography of West Africa is a good thing. This disease is no joke and the science behind how it works is equally stunning.