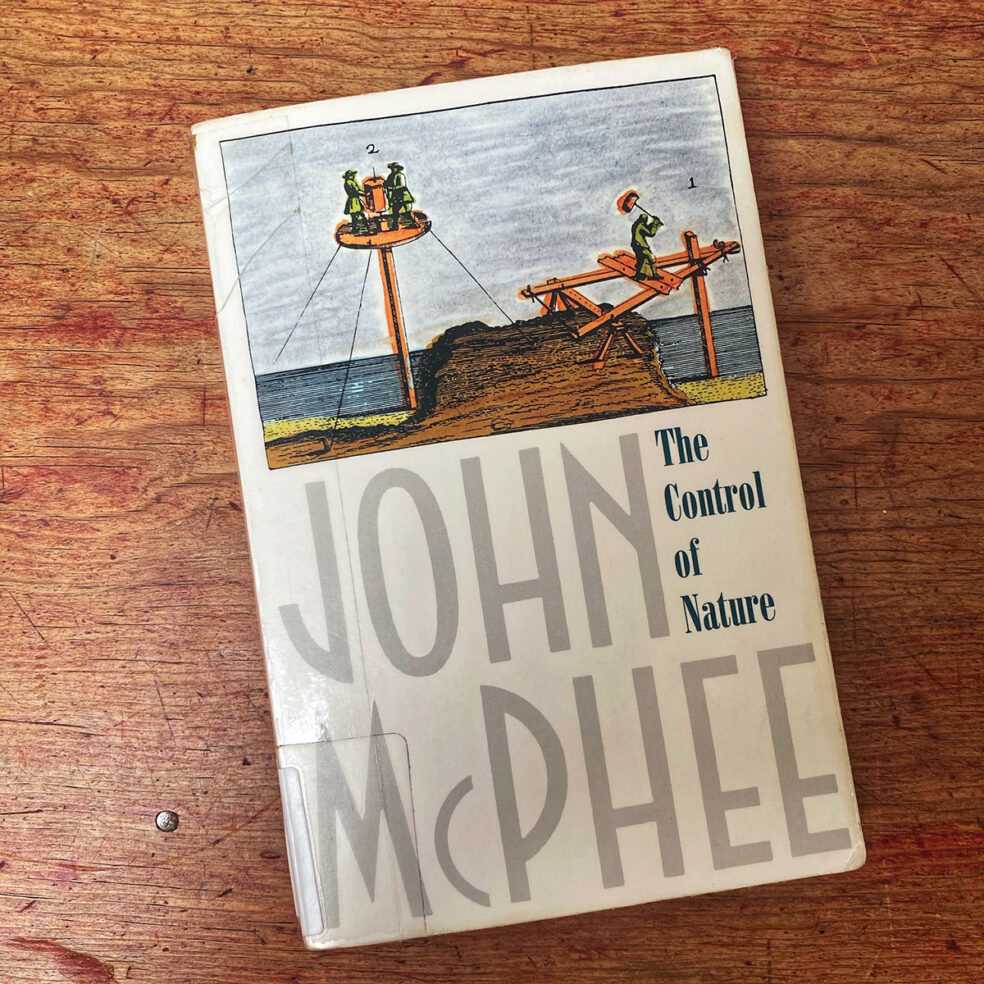 My advice is simple. Find John McPhee, read John McPhee. You have dozens of books to choose from and I have yet to find a bad one. McPhee, simply put, is one of my favorite authors. The book note right behind this one, another McPhee book. Even though he has written dozens of books and countless news articles, I don’t want to burn through him too fast.

Control of Nature is a collection of three stories revolving around times when man decided, “I think I will put Mother Nature in her place.” In some cases, things worked out alright, at least in the short term, but most of the time Mother Nature wins in the end. Thankfully.

The book covers the convergence of the Atchafalaya and Mississippi Rivers and the Army Corp of Engineers battle with water. Next up is Icelandic lava and the mind of its own when it wants to make a stink and finally, and perhaps most surprisingly, is the battle between the city of Los Angeles and the San Gabriel mountains. I lived in Los Angeles for many years and didn’t know a third of what I read in this book.

I’m fascinated by this subject matter, so this book was right up my alley. This book was written years ago but McPhee holds up incredibly well. And the scenarios unfolding all those years ago are still very much in play today.