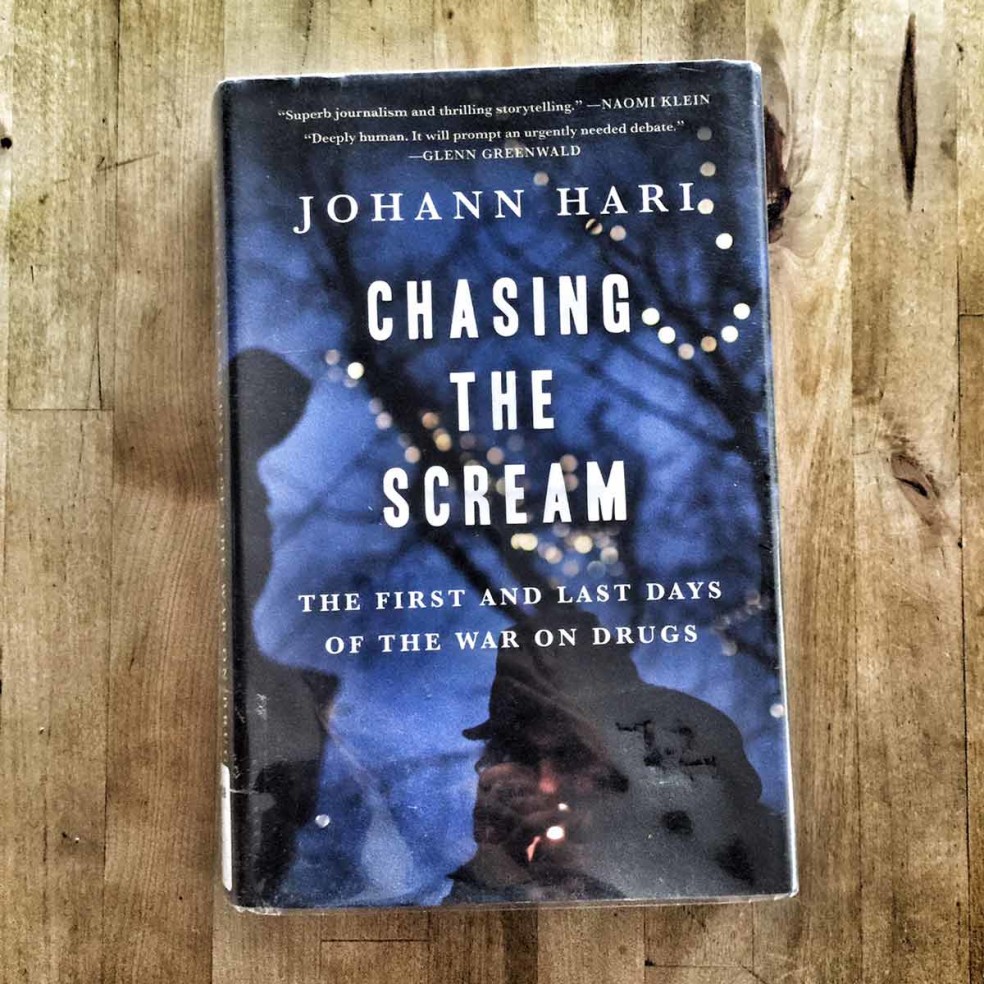 The War on Drugs is one of those things I find fascinating/depressing from a variety of angles. We’ve probably all been singed by it at some point. Family members, friends, friends of friends, caught up, locked down, shut out or lost forever. The war itself is lost, has been since its inception, but the hollow fight of governments and policy makers still reign supreme. But there are cracks showing and Johann Hari’s “Chasing the Scream” does a wonderful job of shining light on our war from a variety of positions, some expected and others completely refreshing. I am so impressed with this book, and for some reason I get the feeling that writing this book was effortless for Hari. I have NOTHING to base this on other than how it reads, which is personal. Yes he’s giving us facts, statistics, interviews, but in the background, and tied in nicely at the end of the book, is what all of this means on a one-to-one personal level. He also references another war slipping from our fingertips, the war of isolation. “Cut off from one another, isolated, we are all becoming addicts-and our biggest addiction, as a culture, is buying and consuming stuff we don’t need and don’t even really want.” If you have any interest in the history of the War on Drugs, legalization, what’s changing drug policy in places like Portugal and Uruguay then this book is for you. I couldn’t put it down.